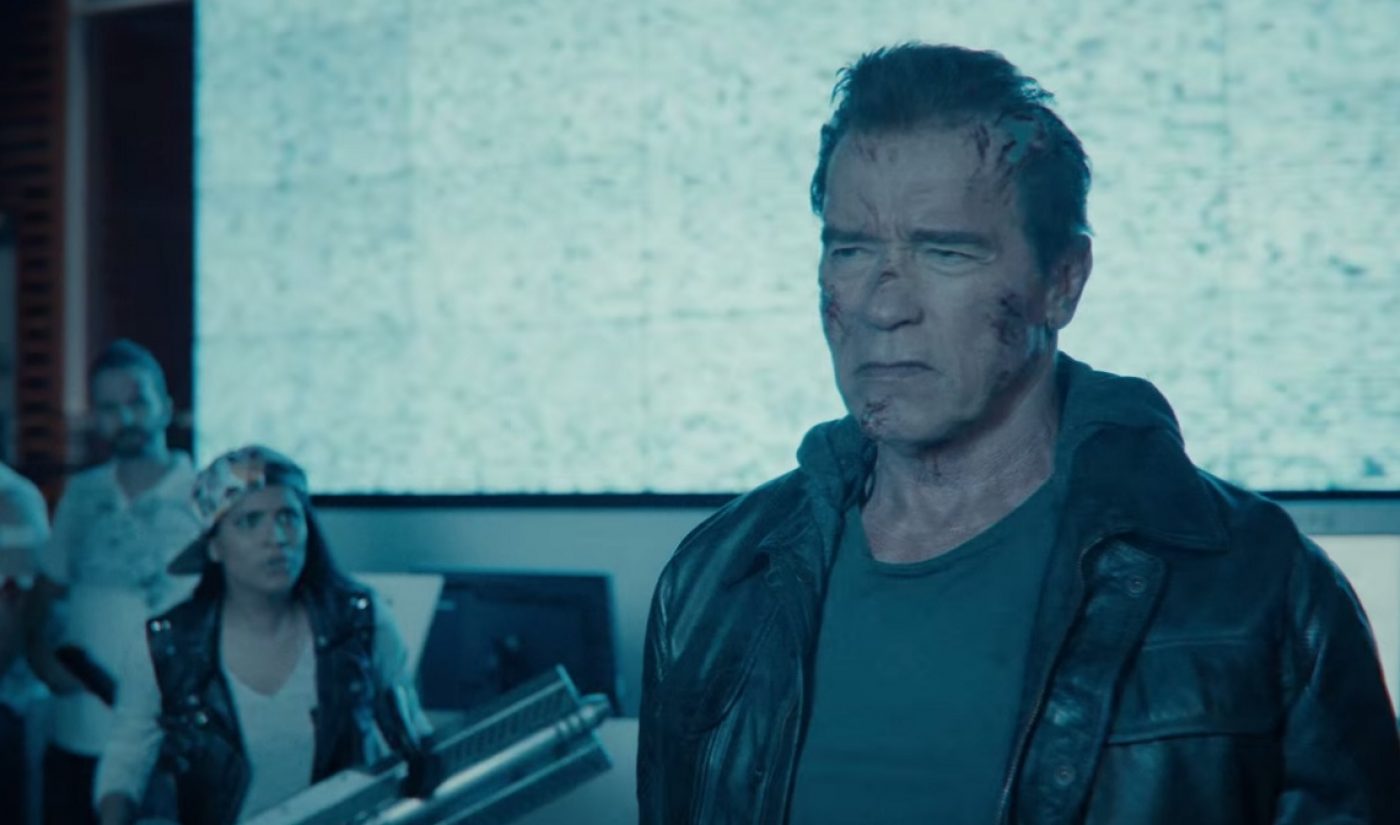 As he promised, Arnold Schwarzenegger is back. The actor, along with YouTube talent such as Machinima, Olga Kay, Lilly Singh (aka IISuperwomanII), Matthew Santoro, and Toby Turner, participated in a Terminator-themed web series dubbed Terminator Genisys: The YouTube Chronicles, which debuted on June 22, 2015.

Directed by Charles Paek and Rob Gilbert, the three-part Terminator Genisys series was created to help promote the upcoming Paramount Pictures film by the same title, which releases in theaters on July 1. In The YouTube Chronicles, a Terminator comes to Earth, takes the form of Turner, and starts trying to kill off influential YouTube stars to change the future. Schwarzenegger and the YouTubers band together to fight for their lives and eliminate the threat once and for all.

The Terminator Genisys web series was unveiled back in April 2015. At the time, little was known about the campaign other than what Santoro, Singh, and the other involved YouTubers posted on their social media accounts. But as with previous YouTube Space LA productions made in conjunction with movie studios, the Terminator Genisys series ended up involving sets, characters, and props from the upcoming film.

You can watch the first episode of The YouTube Chronicles on Machinima’s YouTube channel. The second episode is hosted on Toby Turner’s channel, and the final one is available on Singh’s channel.