Here’s The Trailer For ‘Smosh: The Movie’ 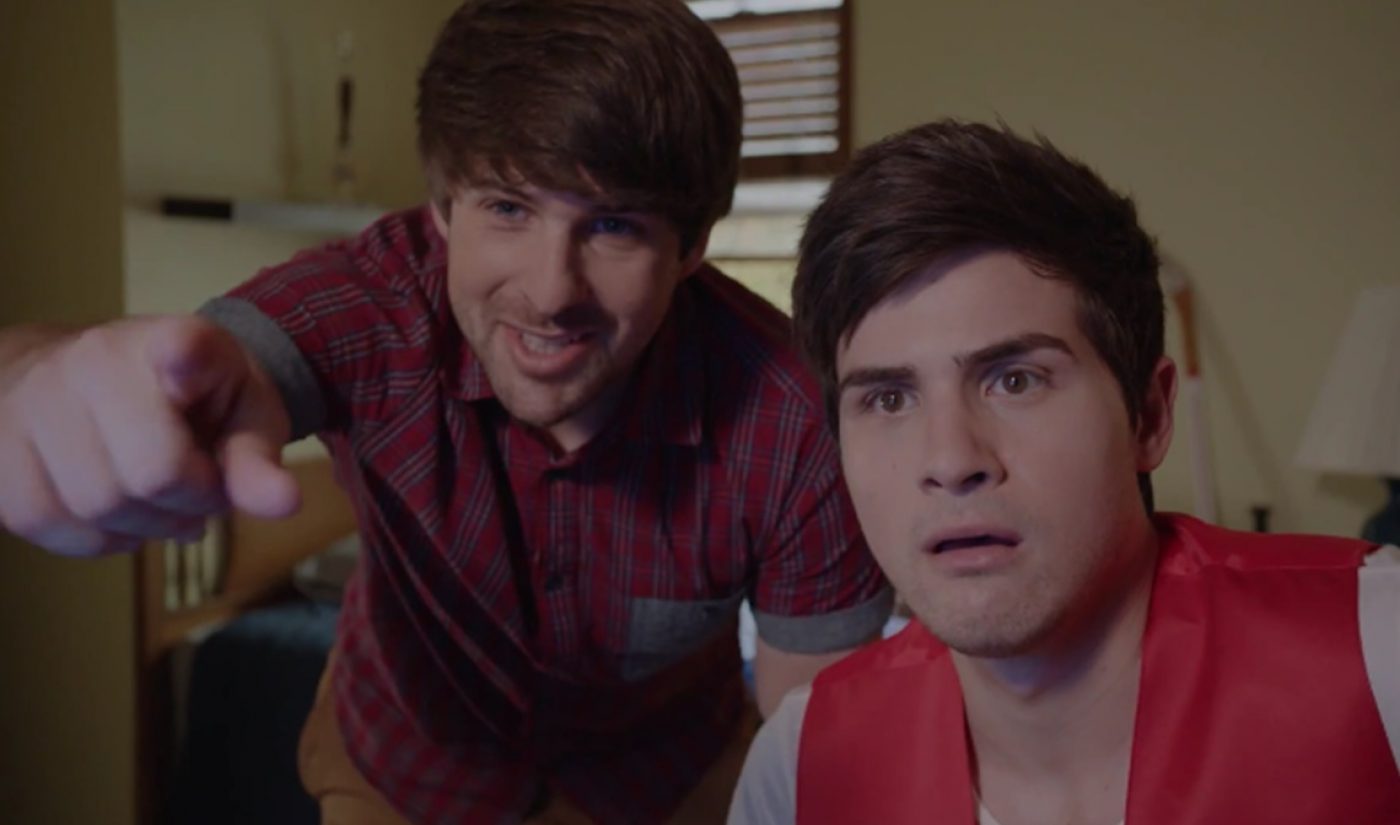 One of the YouTube community’s most enduring comedic duos are ready for their closeup, and a new trailer shows us how they will look. Smosh has released the trailer for Smosh: The Movie, which features the two stars of the titular YouTube channel in their big screen debut.

In real life, Smosh stars Ian Hecox and Anthony Padilla are two of YouTube’s most popular personalities. Their channel has more than 20 million subscribers and has served as a home for their loud, brash comedy videos for nearly a decade. In the movie, though, Ian and Anthony don’t appear to be big stars at all. Instead, they’re just two dudes who must venture into YouTube in order to remove an embarrassing video of Padilla from the Internet. Along the way, they encounter characters played by several of YouTube’s biggest stars, including Jenna Marbles, Grace Helbig, and Harley Morenstein.

Smosh: The Movie, which is co-produced by multi-channel YouTube networks AwesomenessTV and Defy Media, is looking to capitalize on Smosh’s longstanding popularity across social media. The movie’s July 24th release date is timed to coincide with VidCon; the yearly online video convention will bring thousands of online video fans to Anaheim, where Smosh: The Movie will have a screening on July 23rd.

In addition to a theatrical release, Smosh: The Movie will be available for digital download. Viewers in the US and Canada will be able to find the film on iTunes, and it will be distributed internationally through Vimeo On Demand. Tickets for the movie’s July 22nd premiere and its VidCon screening the next day are also available.