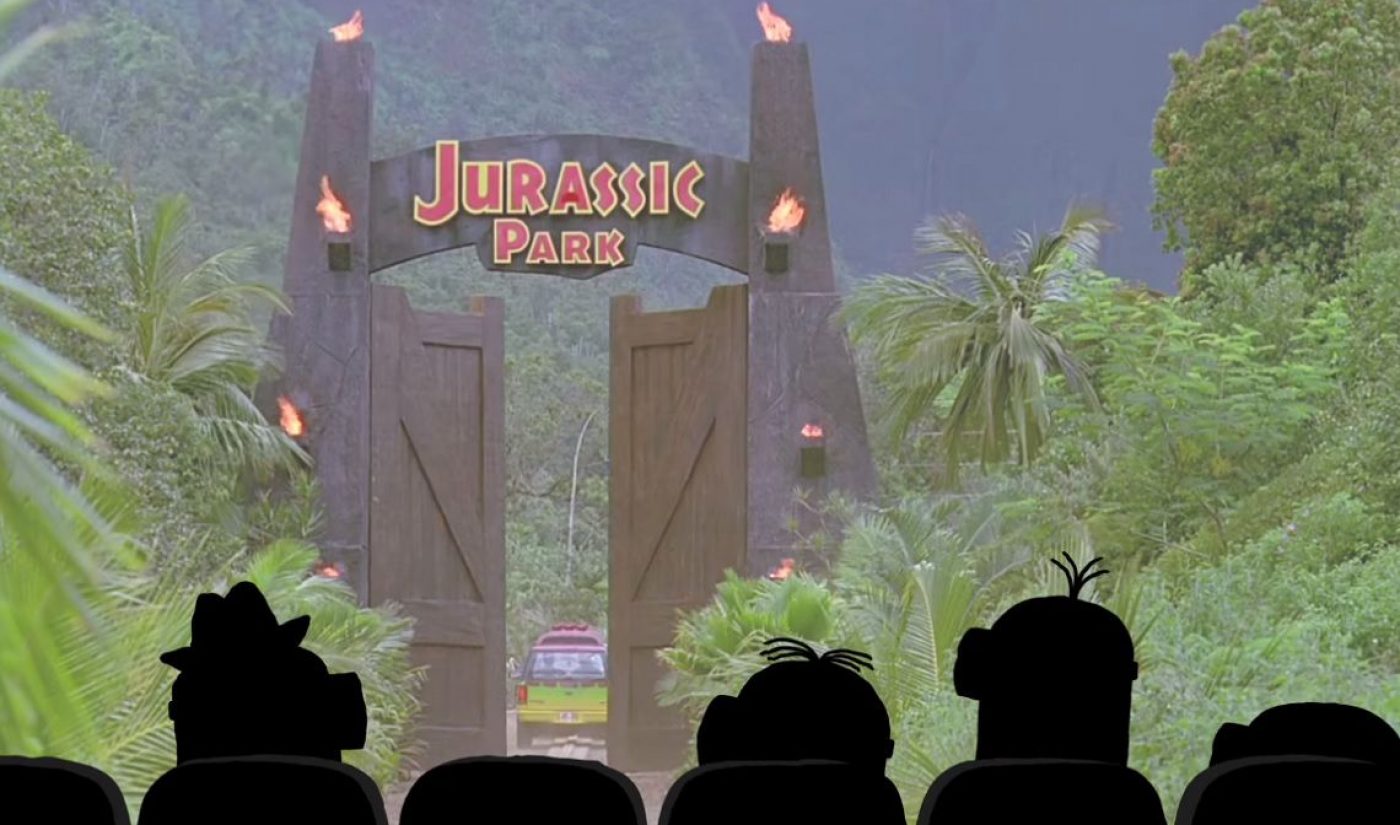 Fandango has released a very meta web series. On June 10, 2015, the movie ticketing service launched the first episode of Movieclips Mini Movies: Featuring Brian the Minion, which finds the lovable Minions from the Despicable Me movies responding to classic films.

The Movieclips Mini Movies series features the new Minion character Brian, who goes to the movies with his brothers. Things get a little crazy when the Minions, a la Mystery Science Theater,  start reacting to classic Universal Pictures’ films like Back to the Future and E.T. The debut episode of Movieclips Mini Movies features Brian and his siblings watching Jurassic Park, just in time for the June 12 release of the film Jurassic World.

Fandango’s Movieclips Mini Movies is also timed to promote the upcoming film and Despicable Me prequel Minions, which will premiere in theaters on July 10. The Minions-themed web series is a joint production between Universal, Illumination Entertainment, and Fandango’s Movieclips department (which owns rights to classic film footage and was acquired by Fandango from ZEFR back in April 2014).

“Minions is one of the most anticipated films of the summer, according to our Fandango fans, and we wanted to do something special for them across our massive Fandango Movieclips digital platform,” said Fandango Chief Creative Officer Sandro Corsaro in a release. “We pitched the creative minds at Illumination the idea of showing Minions reacting to classic films in a movie theater setting. Their talented team delivered a series of exciting and original digital shorts – and we are thrilled to share them with our movie-loving audience.”

You can watch the Movieclips Mini Movies series on Fandango’s website, its corresponding YouTube channel, or any other Fandango platform available on the web or through Hulu, Roku, and Samsung Milk Video apps.