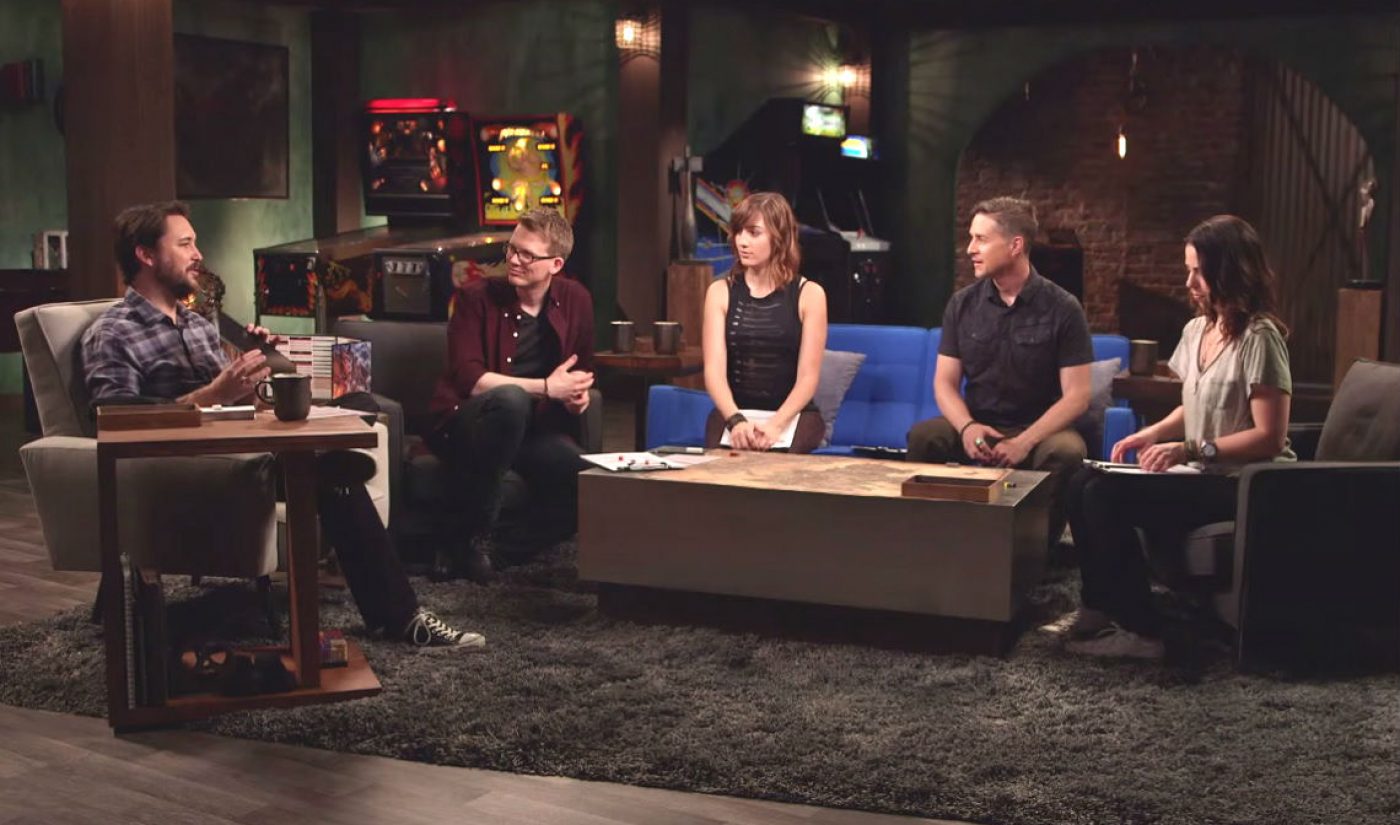 After a short delay, Wil Wheaton’s long-awaited web series has finally arrived only a week after its intended release date. The actor debuted his new role-playing game show Titansgrave: The Ashes of Valkana on the Geek & Sundry website on June 9, 2015.

Titansgrave is based on the original role-playing game of the same title, created by Wheaton over three months using a fantasy version of the Adventure Game Engine created by independent publisher Green Ronin. The Geek & Sundry web series will show the live-action gameplay of Titansgrave with Wheaton and his fellow cast members Hank Green (one-half of the Vlogbrothers YouTube channel), Laura Bailey (actress for Avengers Assemble), Alison Haislip (from G4’s Attack of the Show), and Yuri Lowenthal (actor for Big Hero 6).

Each of the ten episodes of Titansgrave will follow the adventures of the cast members’ characters as they work their way through game’s unique world, which combines both science fiction and fantasy elements. Geek & Sundry has released the first episode of the series, with an additional “Chapter 0” which details the Titansgrave gameplay basics, characters, world, mythology, and more.

“I wanted to bring something to the forefront of the roleplaying world that maybe not as many people are familiar with as I want them to be,” Wheaton said in an earlier video revealing the name of Titansgrave. The ex-Star Trek actor also said he wanted his game to be like the way it was when he first fell in love with RPG games, by “sitting around on a couch and chairs with my friends… and just work together to use our imaginations to tell a story.”

New episodes of Titansgrave will be released every Tuesday exclusively on Geek & Sundry’s website.