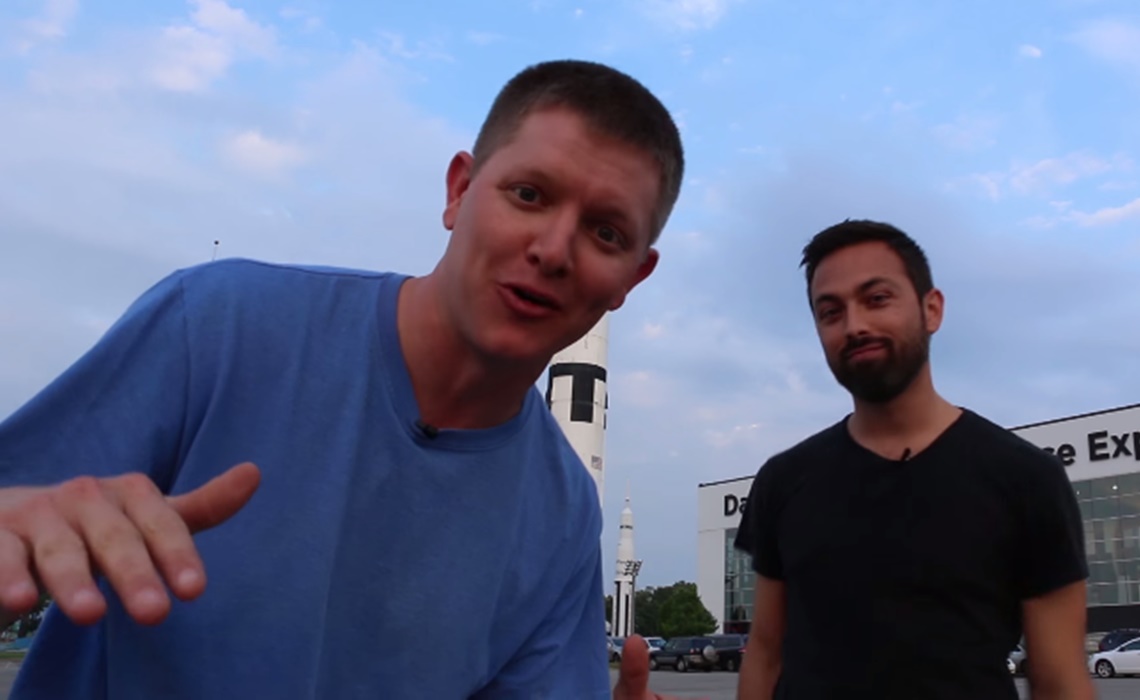 The Coriolis effect, which causes ocean currents to move in different directions across Earth’s two hemispheres, is a well-known scientific theory. What’s more regularly debated, however, is whether this effect causes toilet water to move in opposite directions in the USA and Australia. That particular factoid has been referenced several times in pop culture, but it has also been refuted, with Hank Green calling it “bunk” in a SciShow video.

Now, in an innovative new video, two members of YouTube’s scientific community have decided to test the Coriolis effect on a small scale. Destin Sandlin of Smarter Every Day and Derek Muller of Veritasium launched a collaboration in which they both perform the same experiment on opposite sides of the world before sharing their results in a fascinating pair of synchronized videos.

In his hometown of Huntsville, Alabama, Sandlin filled a large, circular tub with water. Across the world, in Sydney, Australia, Muller created the same setup. Then, the two educators began to drain their tubs, and sure enough, Sandlin’s pool drained in a counter-clockwise direction while Muller’s showed a clockwise spiral.

The coolest part of the experiment is the clever way in which these two tests were synchronized. The two videos are meant to be played at the same time, and Sandlin and Muller set up a web page where viewers can do exactly that (it works best on desktop.) Playing the videos in this manner is fascinating; Sandlin and Muller often wander into each other’s presentations, and while one talks about a scientific concept, the other displays an accompanying clip.

It’s worth noting that this experiment probably cannot be applied to toilet bowls, since the direction of basins and jets are much more important than the Coriolis effect. At the same time, Sandlin and Muller demonstrated a neat bit of garage science, and they showed off their work with a presentation that could only work on the Internet. It’s one of the coolest YouTube collaborations you’ll see all year.