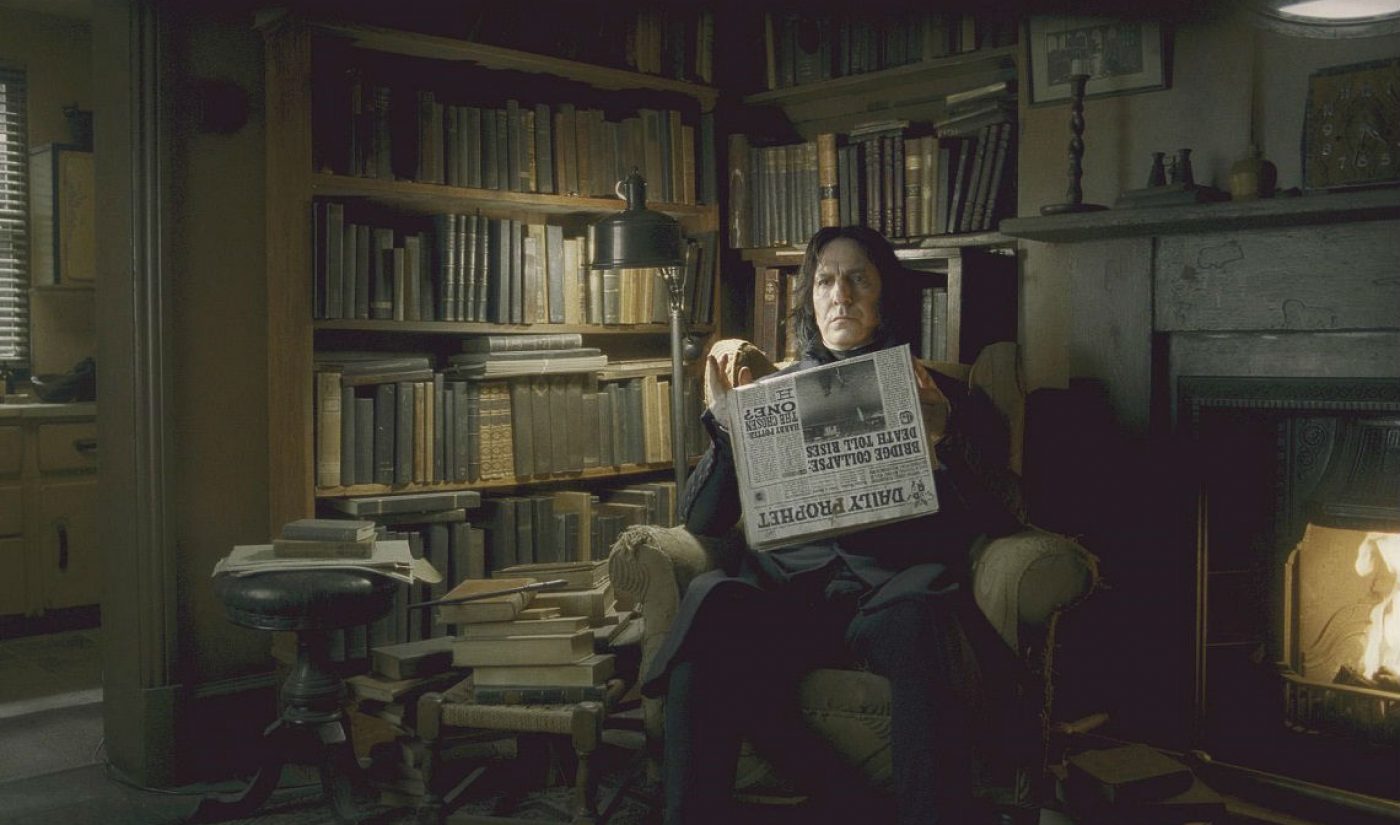 J.K. Rowling’s Harry Potter books and their accompanying movies are arguably some of the most prominent pieces of media to dominate this century. And now we have further proof of how impactful the series truly was. According to Fortune, the Daily Prophet newspaper in the Harry Potter films was the inspiration behind the design of Facebook’s auto-play video feature.

Chris Cox, Chief Product Officer at Facebook, explained to Fortune in an interview how in 2013, a “new ideas” team of engineers were trying to figure out why people weren’t clicking videos in users’ feeds. Cox, who joined the Facebook team after dropping out of his master’s program at Stanford, said this team’s conclusion was that video thumbnails weren’t compelling enough for people to want to click them, and that even if people did click them, they didn’t wait for a video to load.

Then someone remembered the Daily Prophet from the Harry Potter films, and how the fictional newspaper’s photos were animated and full of looping movement as readers perused the page, all thanks to magic. Cox told Fortune it was one of those “aha” moments: “News Feed clearly should be alive and move in your hands on smartphones.”

So the engineering and product teams started implementing the Daily Prophet’s magical feature on Facebook videos by making them auto-play. After a period of testing and adjustments (like turning off auto-play sound and accounting for some users’ slow internet connections), Facebook released the beta video player to a select group of test users.

Now, nearly two years later, Facebook has become an online video powerhouse. Fortune notes video views of the ALS Ice Bucket challenge topped ten billion in 2014, a good ten times greater than YouTube’s claim to one billion views on videos of the same challenge. Additionally, in the same year, users uploaded 75% more videos than they had in 2013.

Facebook recently revealed its site now attracts over four billion video views per day, with 75% of those views stemming from mobile. The social media site is also on track to earn $3.8 billion from its video ad initiatives by 2017.

“There wasn’t some grand plan to become a video juggernaut,” Cox said. “It was just an experiment that actually, surprisingly, worked.”