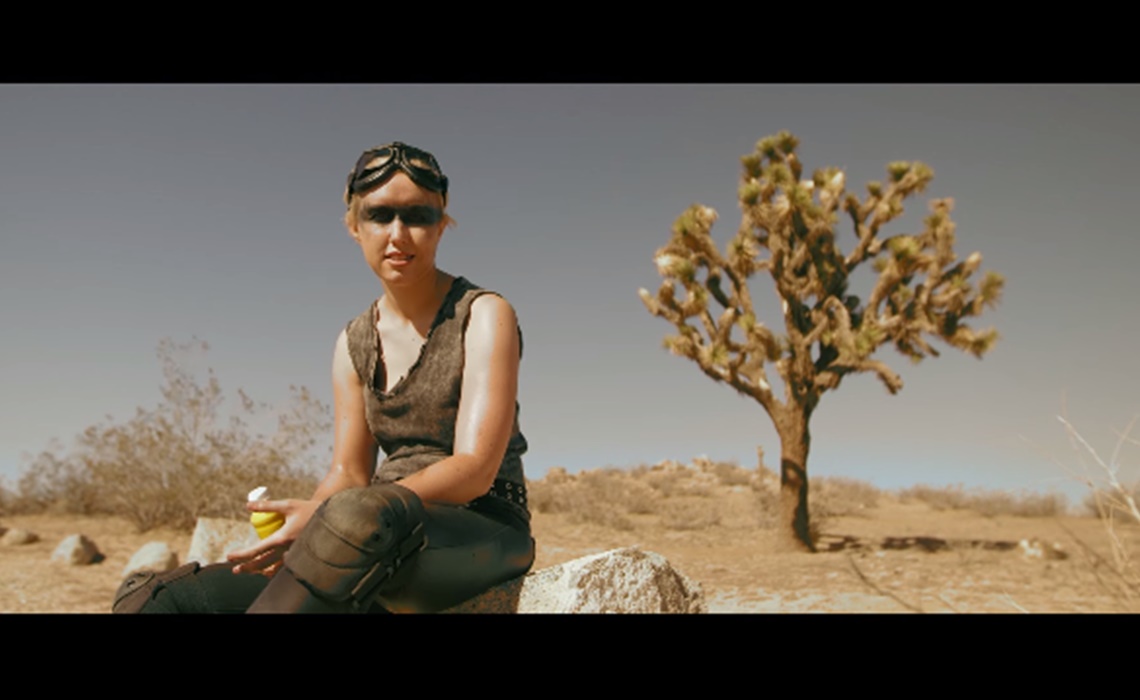 In March, General Electric announced that Sally Le Page, a PhD candidate at Oxford, would serve as the energy company’s first ever creator-in-residence. In her new role, Le Page is working with Fullscreen to create educational, scientific content for the GE YouTube channel.

The first series born from the collaboration is Fiction Fast Forward, which offers scientific explanations for the fictional creations within new movies. In her latest episode, Le Page explores the post-apocalyptic world of Mad Max: Fury Road and tries to decipher whether such a barren wasteland could actually exist on Earth. To help answer her question, she gets some help from Neil deGrasse Tyson, Bill Nye, and YouTube star Brittani Louise Taylor, all of whom appear in the episode.

First, Le Page joins Tyson and Nye on Tyson’s Star Talk podcast, where the two esteemed scientists discuss how silly it is for Mad Max’s characters to have an oil shortage while driving around in tricked-out cars. Then, Taylor joins Le Page to build a homemade desalinator, which in the post-apocalyptic future could be used to make seawater potable. The conclusion: The future probably won’t have nearly as many resource shortages as are depicted in Mad Max.

This is the third episode of Fiction Fast Forward; previously, Le Page explored the use of robotics in Chappie and celebrated Pitch Perfect 2 by discussing the science of sound with Sam Tsui. Fiction Fast Forward is a series that works well with big, tentpole films (Mad Max: Fury Road just arrived in theaters), so we expect to see much more of Le Page throughout the summer movie season.