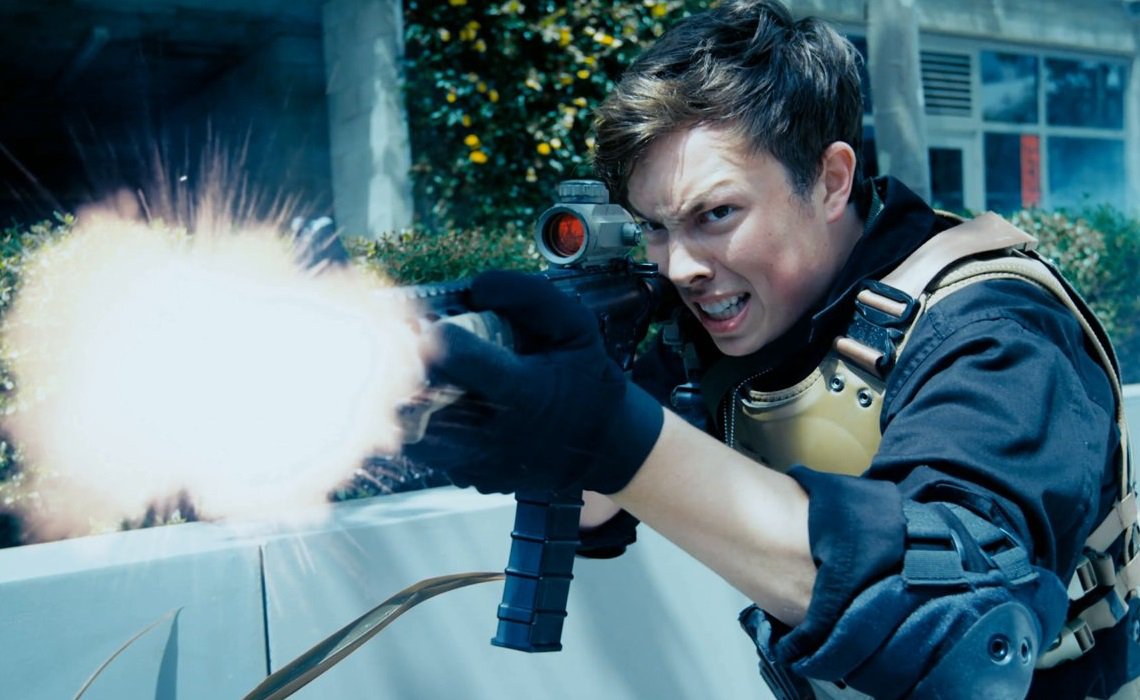 It’s the end of an era for Freddie Wong. His production studio Rocket Jump has officially finished a three-season run of its wildly popular web series Video Game High School. Six months after premiering the VGHS series finale, Wong has released an infographic on budgetary spending, centered solely around the $2,435,434 production cost of VGHS season three.

In the past, Wong and Rocket Jump have released similar infographics outlining the cost for season one (which cost $636,010 to make) and season two (which cost $1,339,558). With season three’s infographic, Wong clearly details exactly where he spent all that crowdfunding money from Indiegogo supporters (as well as all the other funds he used to supplement the VGHS budget).

The bulk of expenditures can be attributed to, unsurprisingly for the nature and topic of VGHS, post-production visual effects ($414,320). Next up was the production crew at $277,235, and then the art department at $249,614. And while overall, VGHS cost much less to make than a traditional television series like Breaking Bad, the web series’ cost per view was only four cents short ($0.17) of The Walking Dead’s season four $0.21 cost per view.

“We’ve found that, when it comes to online video, people tend to assume it’s all cheap to create,” Wong wrote in the Rocket Jump blog post. “We hoped, with our budget breakdowns, to give proper perspective into how much it actually costs to put together a narrative series with a modicum of production value.”

Wong also noted how his team ultimately worked to make the best possible series with the amount of financing they had. “People are often surprised at how much goes into creating a show, and while VGHS has never had the luxury of budgets even remotely approaching typical network television content, we’ve always felt that we’ve done a lot for very little,” he explained.

Wong’s fans have certainly appreciated everything Rocket Jump has done with VGHS. Though the third season was almost an hour longer than the second, the VGHS season three infographic shows the average views hit 2.5 million after four weeks, up from season two’s 2.3 million. The average retention rate after the first 50 seconds of a season three episode hit 85%. And as a whole, all three seasons of VGHS now boast a collective 110 million views. 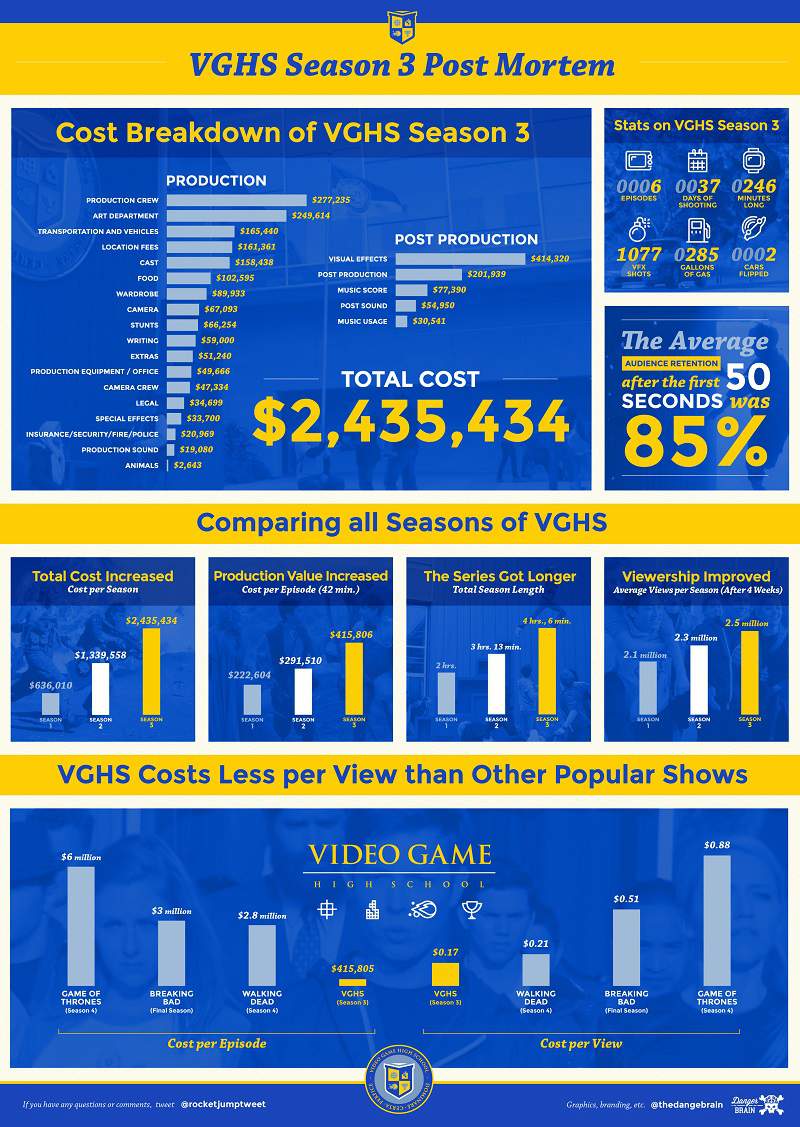 What’s next for Wong and Rocket Jump? Plenty. Wong’s production team inked a deal with Lionsgate and Hulu to create a new web series. In the VGHS wrap-up post, Wong noted how these new partnerships would allow Rocket Jump to create next-level, long-form content and capitalize on distribution, something he doesn’t believe YouTube is capable of handling. Wong explained how Hulu “gets it” in terms of the new series’ story needing to come first, and how Lionsgate “understood what we wanted to do and what we needed to do it.”

You can check out all of Wong’s VGHS season three wrap-up post on Rocket Jump’s official blog. And, of course, you can watch all of the series’ third season on the production company’s YouTube channel.