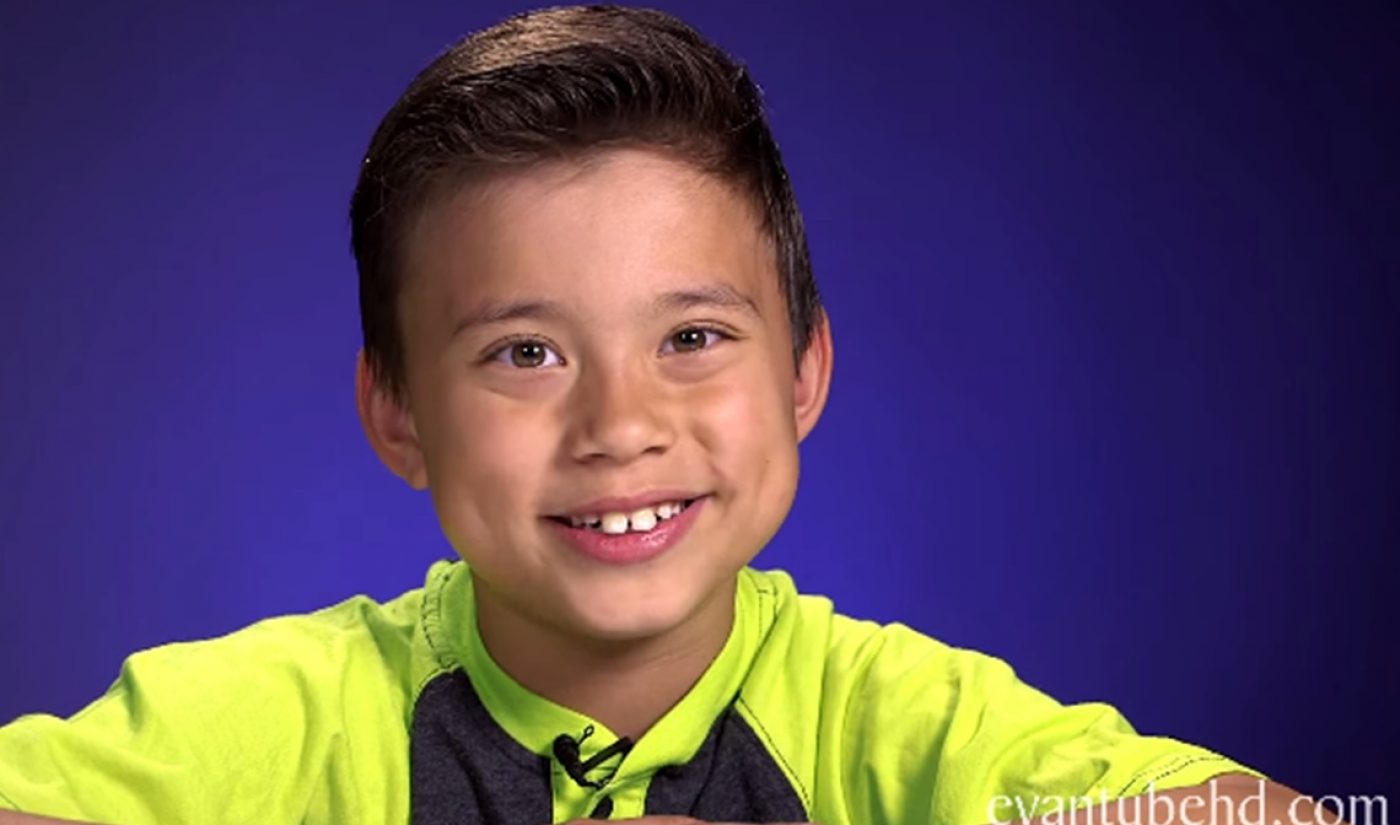 This may not come as much of a surprise, but as it turns out, reviewing toys on YouTube can be quite a lucrative business. In a recent interview with Fast Company, the father of 9-year-old toy reviewer EvanTubeHD discussed his online video success. In particular, Evan’s father (who only revealed his first name, Jared) estimated that his family’s two channels pull in $1.3 million per year.

EvanTubeHD is one of YouTube’s prominent toy review channels. In new videos, which arrive at least once a week, Jared provides nine-year-old Evan and his six-year-old sister Jillian with new toys, which they play with on camera. The videos have proven enormously popular; since 2011, they have received more than 1.2 billion views. More recently, Jared and his family have added two secondary channels, one filled with vlogs and a second showcasing video games, to their online video presence.

Simply put, Evan’s viewership has brought in massive viewership, and that audience has brought brand partnership opportunities with it. Among other projects, Jared noted a commercial Evan shot alongside Spy Gear, a line of gadgets from Canadian toymaker Spin Master.

Evan is hardly the first child to pull in big bucks on YouTube, but his success shows just how lucrative the toy reviewing business can be. Jared told Fast Company how his son is coming to terms with his newfound notability:

“I think it’s hard for a 9-year-old to fully grasp the concept of fame. But as more and more people are recognizing him on the street, I think he’s starting to catch on. At first, he was a little shy and didn’t know what to think. But I think he enjoys seeing the smiles on kids’ faces when they meet him. My wife and I like to use these opportunities to reinforce the idea of being a role model and setting a good example.”

The full interview contains much more from Jared, including his five tips for YouTube success.