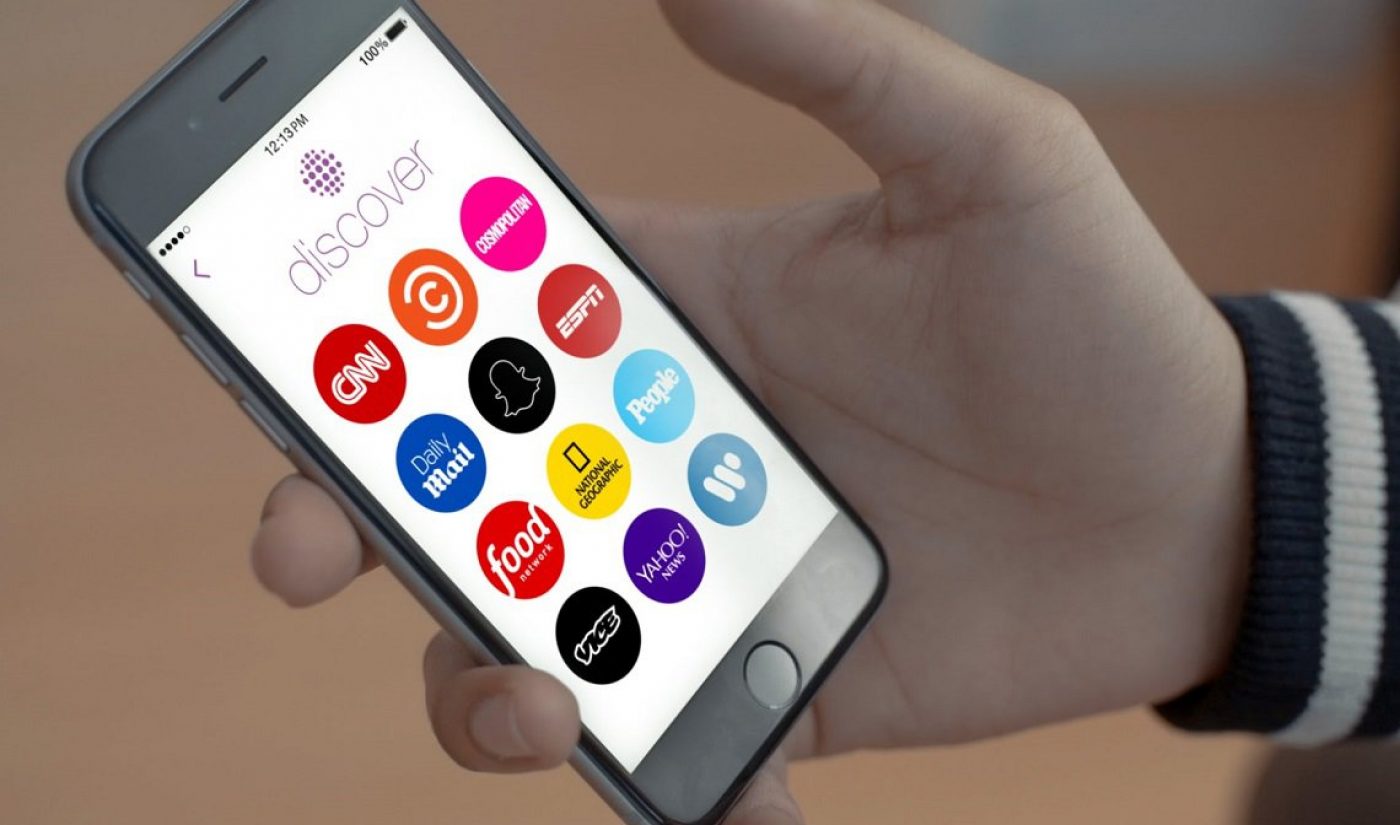 Snapchat has a new way to bring in some advertising revenue. The app created around the idea of short-lived messaging will now charge advertisers two cents per view of a video ad played between between articles on its Discover branded content distribution platform.

Snapchat’s new ad product, dubbed Two Pennies, will give marketers ten-second time slots for their video ads, and charge the brands two cents when the clips are viewed (which averages out to a $20 CPM). “It’s a really, really simple product,” Snapchat’s Nick Bell said, as reported by AdAge. “It’s a 10 second ad, two cents per view to reach a really engaged audience.”

Despite this simple format, Bell didn’t clarify what Snapchat will consider a “view.” Snapchat may require one of its users to watch the entire ten-second video ad before charging two cents to the applicable marketer, or it could only require an ad be watched for three seconds. AdAge noted a Snapchat representative hadn’t yet responded to its request for clarification.

Bell revealed the new Two Pennies ad format at the DailyMail and EliteDaily’s Newfront presentation (and if you’re wondering why he did it there, it probably has something to do with the fact DailyMail was one of the inaugural publishers in Snapchat’s Discover program). The announcement comes only a few weeks after Snapchat announced it was cancelling its Brand Story ad format, which consisted of sponsored videos or photos brands pushed to Snapchat users who were not already among those brands’ followers.

Snapchat ads on Discover currently bring in a reported $100 cost per thousand (CPM) views. The ephemeral messaging app also allows publishers on the Discover platform – like DailyMail, ESPN, Comedy Central, and more – to sell ad inventory directly to brands. According to a report from DigiDay, if a Discover publisher originates the ad buy, that publisher keeps 70% of the advertising revenue. If the deal originates with Snapchat, however, the platform splits the revenue with the Discover publisher 50/50.

Bell didn’t clarify whether or not Snapchat would allow Discover publishers to sell the new Two Pennies ad format directly to marketers, nor how his company would determine the revenue split. But it’s clear the new video ad offering will help Snapchat bring in more advertising dollars of its own to replace (and maybe even exceed) the revenue generated from the the now defunct Brand Story format, at least according to DailyMail’s North American CEO, Jon Steinberg. “I think it’s transformative,” he said at his company’s NewFront event, before likening the product to other now-established social media ad units like Google’s Adwords, YouTube’s, TrueView, and Facebook’s sponsored updates.