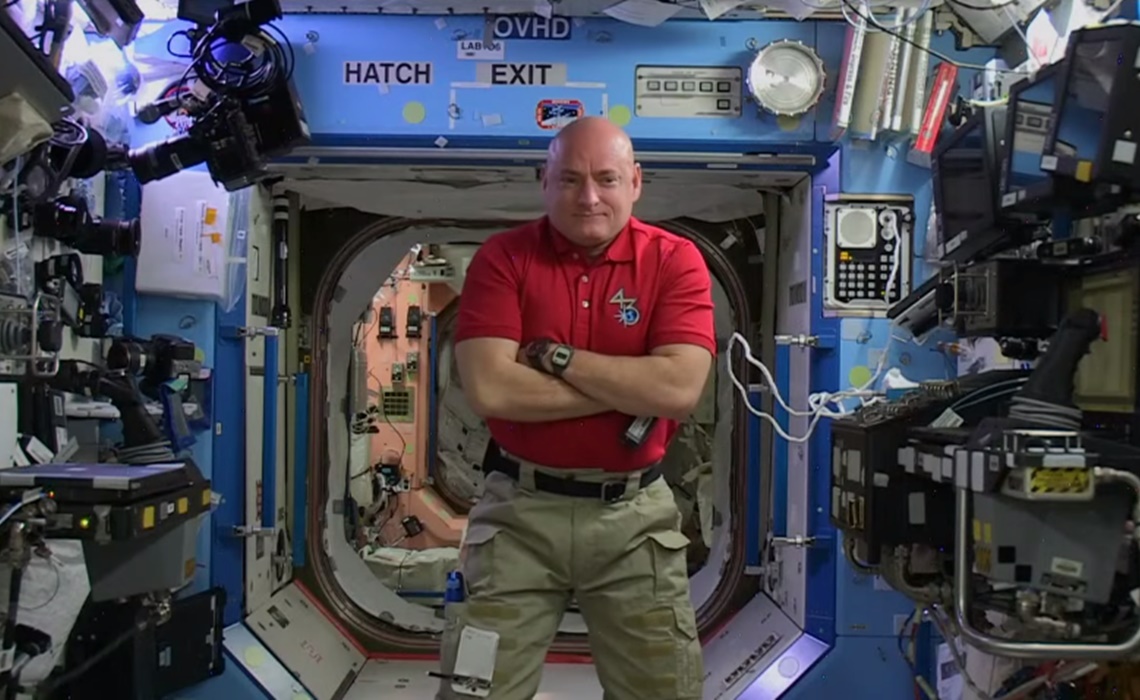 Astronaut Scott Kelly is currently in the middle of a year-long stay aboard the International Space Station, which NASA is using to research the health effects of long-term trips to space. Kelly’s journey is the subject of a Time Magazine web series called A Year In Space, but the news publication isn’t alone in its interest in Kelly’s life. Recently, seven YouTube stars took to the ReelNASA channel, where they each got the chance to ask Kelly one question.

The seven participating creators–Hank Green from Vlogbrothers, Louis Cole from FunForLouis, Emily Graslie from The Brain Scoop, Kyle Hill from Nerdist’s Because Science, Henry Reich from MinutePhysics, Destin Sandlin from Smarter Every Day, and Michael Stevens from VSauce–are all popular on YouTube, and all of them, with the exception of Cole, create science videos. Their questions to Kelly ranged from Hill’s, which discusses pop culture’s effect on space travel, to Sandlin’s, which asks Kelly about his watch preferences, to Reich’s, which includes lots of technical astrophysics terminology.

Viewers who which to stay up to date regarded Kelly’s life aboard the ISS can check in on him via the #YearInSpace Twitter hashtag. The ReelNASA channel, meanwhile, contains plenty of other fun videos. In addition to ridiculous covers of pop songs, it also offers regular updates about our space program via its Space To Ground news series.