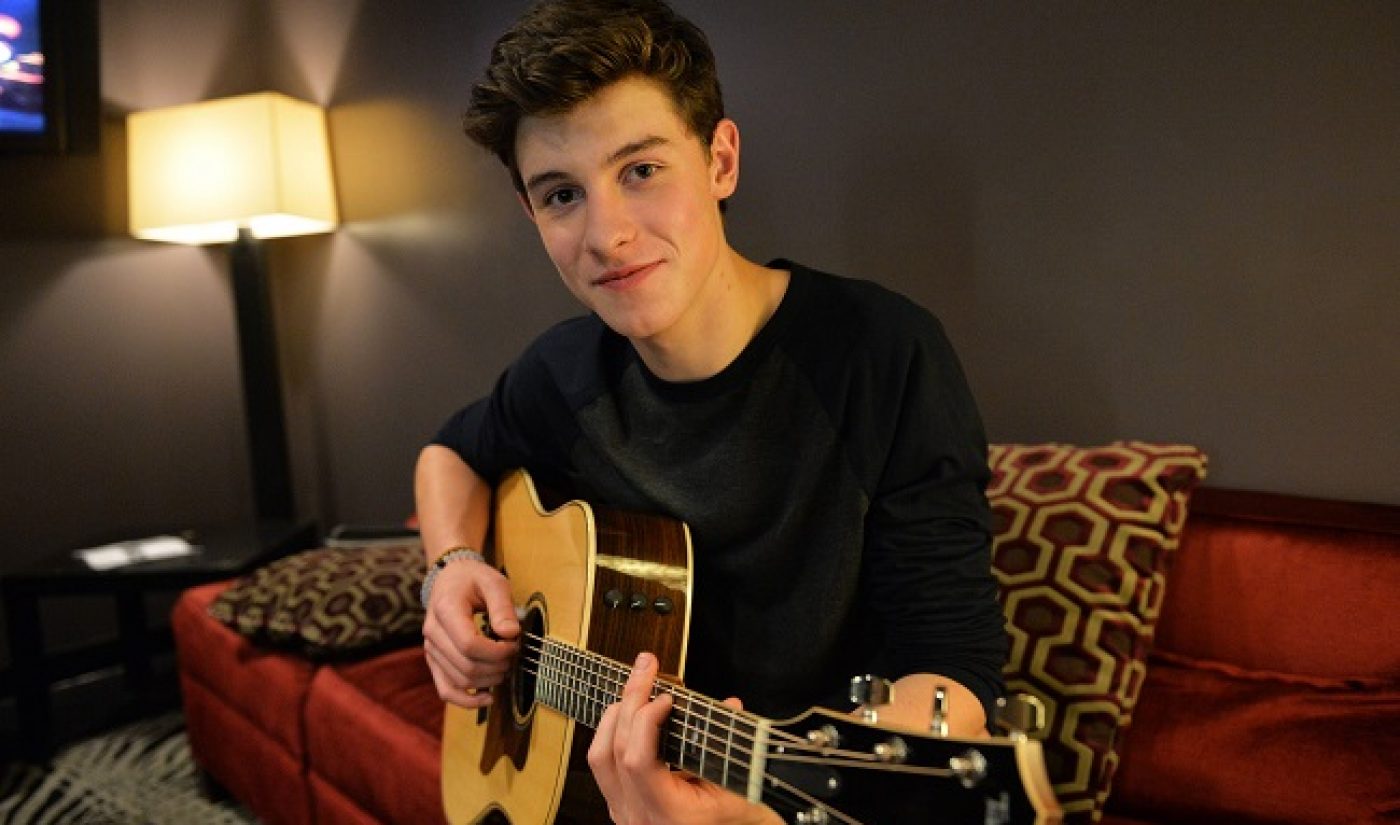 Shawn Mendes can now add the title of top-selling musician to his list of achievements. The sixteen-year-old Vine star ranked #1 on the U.S. album chart for the week ending on April 19, 2015 per data from Nielsen Music.

Mendes, with over 3.9 million followers on Vine, placed in the top American albums spot by selling 119,000 copies of his first album Handwritten in its release week, as reported by Variety. Mendes predominantly distributes his music via his Vine and YouTube accounts, and hasn’t had any radio time unlike most of the other albums on Nielsen’s chart. Variety notes Mendes’s self-titled EP also landed on the Nielsen Music chart in 2014, ranking #5 in its first week of release from 48,000 sales.

Mendes’ Handwritten managed to beat out several albums from more widely-known artists like Reba McEntire (her Love Somebody came in at #3 with 62,000 copies sold). The Vine star’s first album even bumped the Furious 7 soundtrack down to #2, easily eclipsing the soundtrack’s 79,000 sales. Rapper Tyler, the Creator ranked #4 with his Cherry Bomb album’s 58,000 sales, and Halestorm placed fifth for Into the Wild Life with 56,000 copies moved.

Mendes’ success with Handwritten is just further proof of the power digital stars have to attract and keep a loyal audience willing to shell out money for their content. In addition to Mendes’ whopping Vine follower count, the digital star also boasts over 970,000 subscribers on his official YouTube channel.