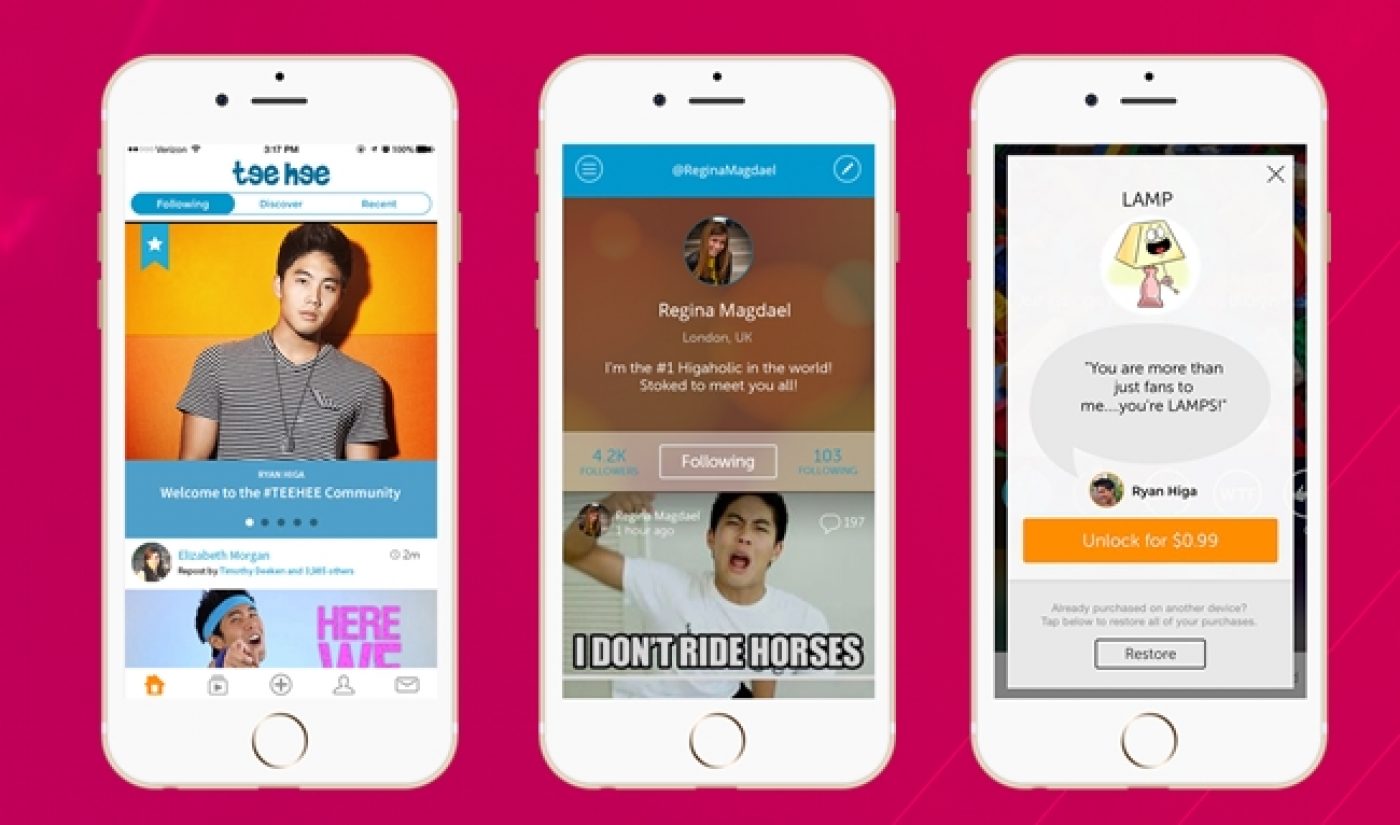 It has been nearly a year since we last heard from Victorious, a creator-facing startup co-founded by former YouTube creative development leader Bing Chen and Sam Rogoway. In 2014, after raising a funding round rumored to be in the $13 million range, Victorious shared its plan to help YouTube stars, other content creators, and new media companies unite their audiences by working with them to create personalized mobile apps. Now, the first of those apps have arrived, with Ryan Higa and The Young Turks launching their respective mobile hubs for iOS and Android devices.

As Chen and Rogoway explained to Tubefilter, the apps Victorious creates are not just mobile homepages for each creator. Instead, the company strives to build “platforms” that include “stuff from creators as well as non-creators.” Higa’s app, for example is titled Tee Hee, and Chen describes it as a “next-gen Comedy Central.” In addition to content from Higa, it also showcases contributions from his community and will soon include an interactive game within the app.

“We’re not just trying to window a bunch of content or engineer a deal where we can get exclusives on web series,” Chen told Tubefilter. “We’re creating unique experiences that money can’t buy.”

A big part of Victorious’ pitch is its ability to generate significant revenue for its users. Chen laid out four different monetization options: Pre-roll ads, branded content, e-commerce, and in-app purchases. “We look at this not just as an amazing place for creators to interact, but also a great place to build a business,” he said.

“Each app is about [the creators], but it’s about something much bigger,” added Rogoway. “It’s their first chance to unlock the power of their communities. It transcends the personal nature of their YouTube or Vine channels and allows creators to build their businesses in a way they haven’t been able to before. We’re the platform that’s going to be powering these differentiated experiences.”

While Higa and The Young Turks are the first two Victorious partners to officially debut their apps (savvy online video viewers and Jess Lizama fans have been exposed to Victorious apps for the past several weeks), new offerings will be released each week throughout the coming months. A press release provides a full list of creators and companies who are working with Victorious. They include:

“I’m super excited to finally have my own app where I can build a personal relationship with my lamps (my fans)!” said Higa in the release. “I’ve always wanted to connect with my viewers more personally but there’s only so much you can do through commenting and tweets. Victorious has provided a place that finally enables me not only to connect directly with my lamps, but for my lamps to connect with other lamps through positivity and laughter.”

The new apps, which are available on both iOS and Android, can be downloaded from Victorious’ website.