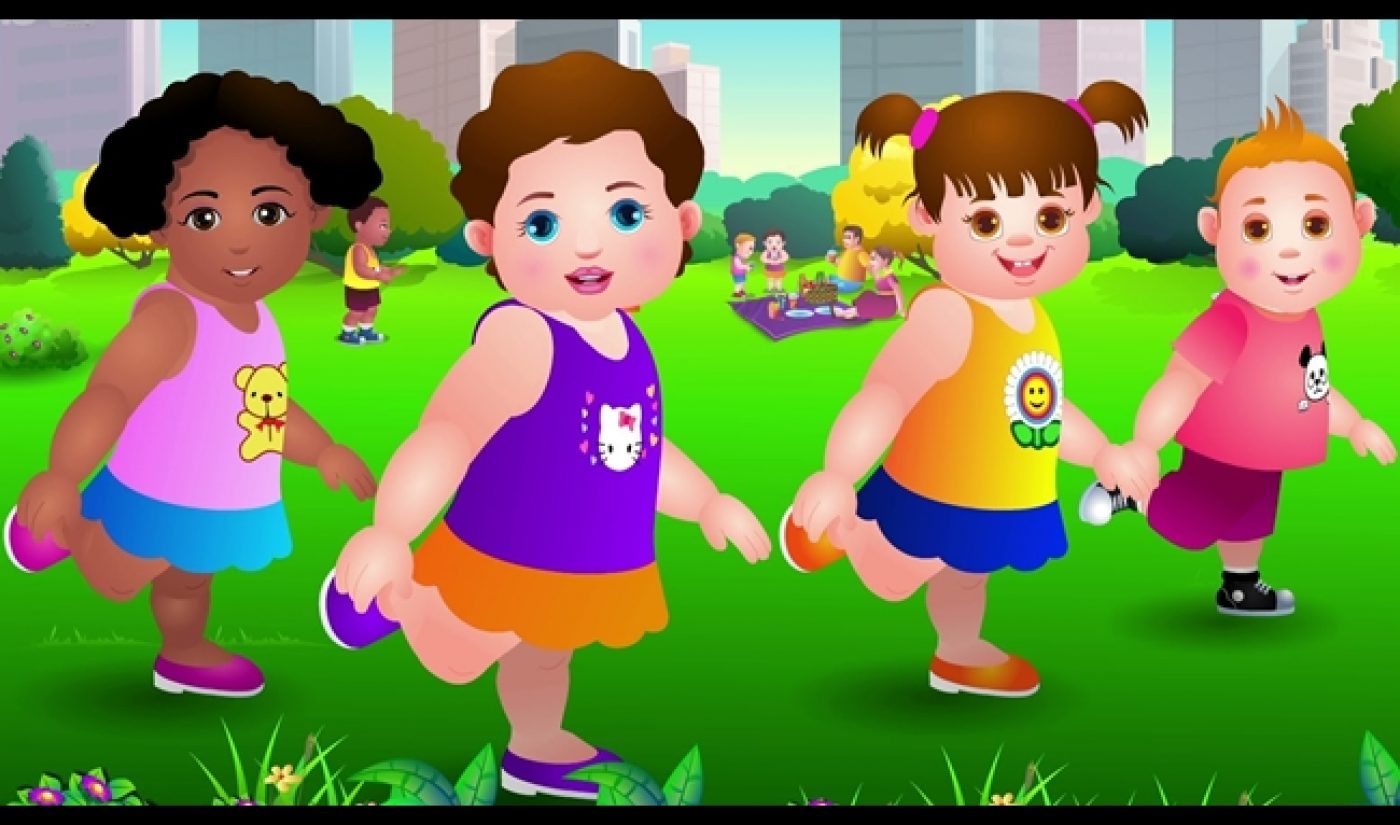 ChuChu TV is at the center of several recent trends on YouTube. It is one of several channels on the world’s most popular video site catering to young children, whose parents have increasingly looked online for kid-friendly entertainment. ChuChu TV, which offers a collection of colorfully-animated nursery rhyme videos, gives those parents exactly what they are looking for.

ChuChu has also benefited from YouTube’s international expansion, as Creative Director Vinoth Chandar and his team are based in India. We spoke to Chandar about the origin of his channel, its current state, and his goals for the future.

Ed. note: This interview has been edited for clarity.

ChuChu: It gives us great happiness to have achieved this milestone and received the Gold Play Button from YouTube. Not only does this milestone make us happy, but the fact that our content is now being watched for more than one billion minutes per month excites us and motivates us even more. Thanks to YouTube for providing such a great platform for creators.

Our channel’s age group is 0-5 so we would like to send our sincere thanks to all the parents who have trusted our content and have been playing our videos to their kids. A special thanks to our cute little fans because if they didn’t watch us, we wouldn’t be here.

TF: Why do you think you hit so many subscribers with just 50 videos on your channel?

CC: We concentrate on quality rather than quantity. We work hard on each and every aspect while creating a video which includes concept creation, lyrics, music, graphics, animation and then the final edit. We just don’t compromise and the results are showing. Myself and my partner Krishnan take care of this channel full time while being supported by our other partners and close friends.

Also, right from the start, I’ve had the luxury of having a greatly talented and a hardworking art/animation team. I’ve never heard a “no” from my team members however complex our ideas were. They just deliver what we need with high quality.

TF: Where did your channel’s name come from?

CC: ChuChu is my daughter Harshitha’s nickname. Most of our family members still call her by that name only. She is 4 years old now.

TF: Why did your team decide to work on children’s programming, and what led you to launch a YouTube channel?

CC: It is definitely my life’s most successful coincidence. I’ve been an ardent user of YouTube since 2006. In 2013, my daughter was 2 years old and we used to show her these kids videos from YouTube. She was totally addicted to those videos at that time…I’ve always wanted to model my daughter in 2d art, and I tried making a character that looked like her. I loved the way it came out. My daughter was really chubby, and she loved the “Chubby Cheeks” nursery rhyme, which is highly popular in the place we live.

Since the character came out well, I wanted to animate it and show it to her, and I decided to do the “Chubby Cheeks” rhyme she liked the most. Then we did the song for that rhyme. After the final edit, I was really happy the way the video came out. I felt it was definitely better than the videos done for that particular rhyme in YouTube, so I decided to upload it to YouTube and see the response. To my surprise that video got around 300,000 views in a few weeks. That is when I felt something was in store for us on YouTube.

I discussed with my partners and got their approval to do the second video, which was the ever-popular “Twinkle Twinkle Little Star.” That’s it! We got 5000 subscribers with just 2 videos and we are here now.

TF: What do you think about the recent surge in children’s online video content? What’s your favorite and least favorite aspects?

CC: I am really happy to see the recent surge in children’s online video content for a couple of reasons. At present, we are greatly positioned for the future as a kids content creator. Secondly, with the growth of mobile devices and great platforms like YouTube, kids now have access to high quality content which not only entertains them but also educates them to the highest level.

On the negative side, as a parent, I also feel that kids are being highly exposed to devices, which has considerably reduced their physical fitness. Secondly, I still see lots of unsafe content on the Internet and kids have direct access to it. I am very happy the companies like Google and Apple are taking extreme steps to handle this issue. YouTube took a major step last month by releasing the YouTube Kids app and Apple has lots of kid-friendly apps which are approved and sent to the App Store only after a strict review. I am sure these tech giants will solve these issues very soon.

TF: What does the creative process look like for your team?

CC: It is an exciting creative environment because we all love kids and most of us in our team are all young parents, including myself. We first discuss and decide on what video to do for the little ones. Then we work on the concept, then the lyrics and the music. Art and animation work follows.

TF: What has been the most difficult part of running your channel?

CC: Maintaining the quality and as well as monitoring comments from trolls. They just don’t understand that our content is for toddlers and some comments are very hateful. YouTube now has greatly improved its commenting system which helps us moderate our channel comments in a better way.

TF: How does the future of children’s animation for online video look? Where do you see it heading?

CC: I was at the Kidscreen summit this year attending sessions and meeting people. I would surely say this is just the start.

CC: We have planned to launch a couple of new channels this year with a different style of content. And yes, they will be funny and loved by our cute little fans!