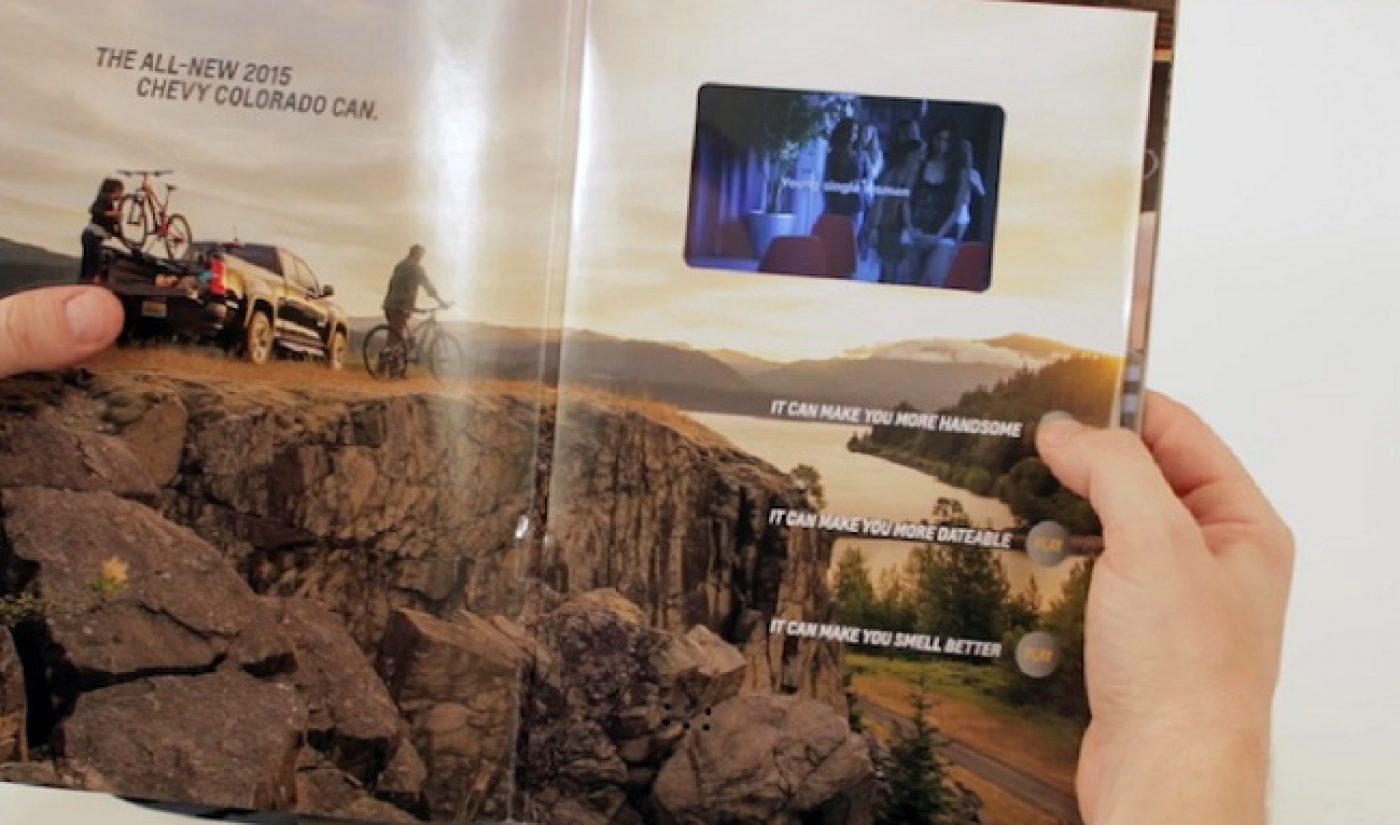 Chevrolet has a new advertising spot which is challenging the typical boundaries of both video and print marketing. The American automotive manufacturer released a video ad within the pages of two of Hearst Media’s print publications, Esquire and Popular Mechanics.

Chevy’s ad, which highlights the car company’s Colorado truck, was sent out in the pages of the men’s magazines to 10,000 lucky subscribers of each publication. Those subscribers were treated to a player created by tech company Americhip embedded within a two-page spread for Chevy. And once the probably-male reader flipped to the specific pages with the spot, the video began to play. According to AdAge, Time Inc.’s Entertainment Weekly also used Americhip’s tech in 2009 to release a video ad in its print pages for CBS’s lineup of fall shows.

Hearst’s executives generated the idea for Chevy’s video-within-a-print-publication during a meeting where the leaders talked about putting the car company’s ads on Esquire and Popular Mechanics’ websites. “We had these awesome digital films that we created for the Colorado launch and we thought, why not… put video in print,” explained Jill Mida, Chevy’s Manager of Truck Advertising.

Jack Essig, publisher director and chief revenue at Hearst Men’s Group, added, “We’re always looking for innovative ways for print to come alive. This was one of those aha moments.”

Mida said Chevy used almost all of Hearst’s consumer data to figure out which 20,000 consumers would receive the ads. And while the Chevy executive wouldn’t reveal the campaign’s exact cost, Mida did tell AdAge the videos-in-print were “obviously expensive.”

Recently, Chevy seems to be enjoying its experiments with the video format. In addition to this recent video ad in Esquire and Popular Mechanics, the car manufacturer hosted the #BestDayEver live stream event, in conjunction with YouTube and comedy network Jash. That campaign also broke tradition and focused on making people’s days more awesome (and not worse off via a nasty prank) on April Fools’ Day.