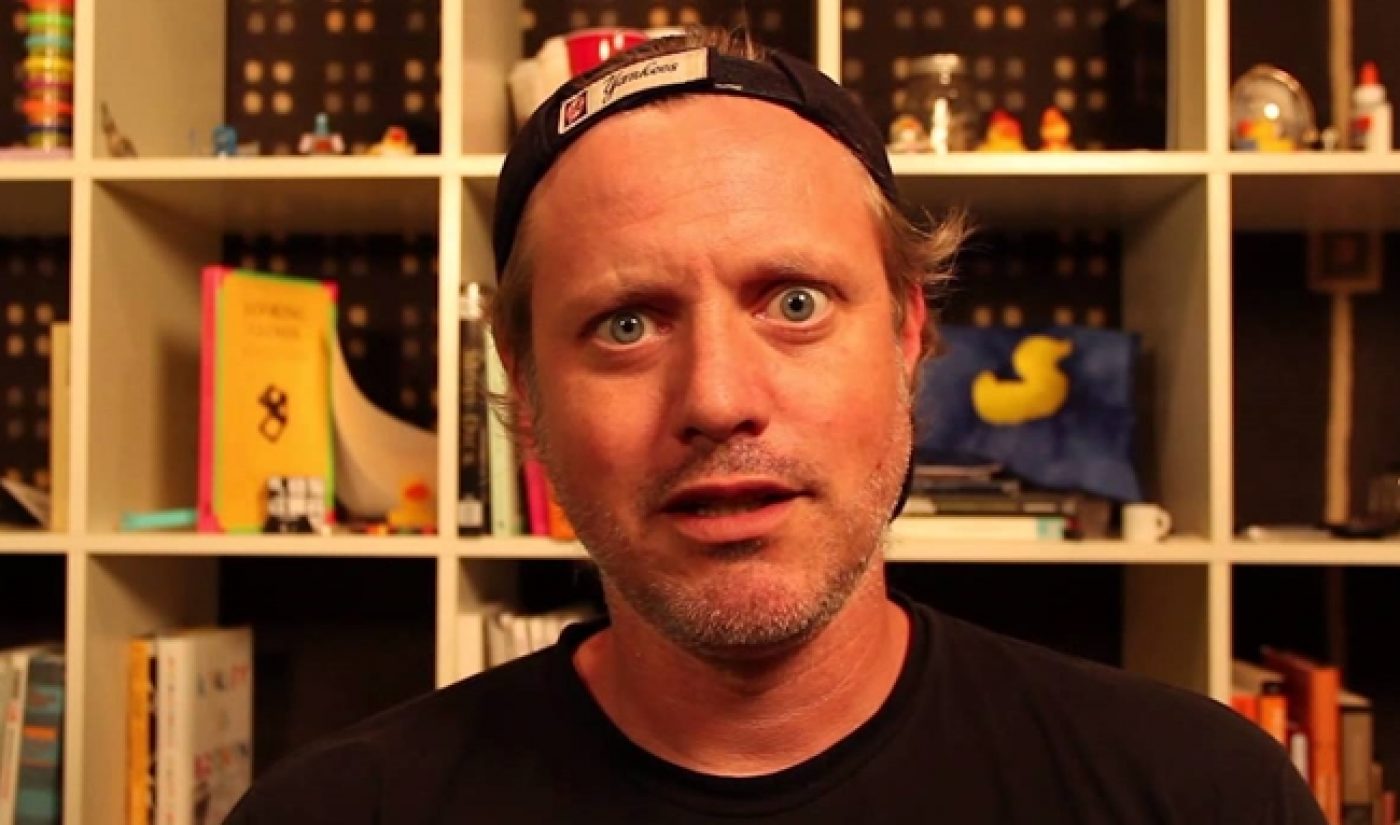 On April 27th, BuzzFeed EVP of Video Ze Frank and his colleagues will discuss their company’s online video strategies at Digital Content Newfronts. This won’t be BuzzFeed’s first presentation at the annual sales event, but it will be the company’s first Newfronts address since it ramped up its BuzzFeed Motion Pictures venture in August 2014.

Industry professionals are curious about BuzzFeed Motion Pictures, which, as its name suggests, will add long-form film and TV projects to BuzzFeed’s nonstop barrage of short-form web videos. What will these film and TV projects look like? How will BuzzFeed Motion Pictures build its upcoming slate? What role will the company’s short-form content play in its long-form video plans? These are all questions Frank began to answer during a keynote interview at the annual MIPTV conference in Cannes, France.

As Frank explains, BuzzFeed’s massive online video presence (which includes “a billion views a month,” according to Frank) will act as a testing ground for potential long-form projects. “We can do shorts to test casting,” he said, “can they handle dialogue, can they handle arguments? And our scripting lab is constantly thinking about that in a character-first way, in terms of developing this stuff.”

This trial-and-error process is nothing new for BuzzFeed. At the company’s 2014 Newfronts presentation, Frank explained how his company uses social sharing information to determine which projects deserve additional installments. From the sound of it, BuzzFeed’s long-form content will also center on concepts that do well on social media networks. “The way short-form content can move in such a frictionless way around the web, that’s a fantastic way to build affinity with shows and characters,” said Frank. “And that affinity will translate over to larger stuff.”

BuzzFeed is hardly the only video company utilizing this process. Ron Howard’s New Form Digital studio has employed a similar blueprint through its incubator series, which funded short films on YouTube before turning the best of those shorts into greenlit series. Amazon, too, has used viewer feedback on its “pilot seasons” to help it decide which shows to pick up.

This experimental strategy is something Frank knows well. The 43-year-old has long been known for his innovative approach to online video and the influential role he has played in the industry’s growth. Judging from his remarks, he appears to be bringing the same spirit to BuzzFeed Motion Pictures. “We have a lot of flexibility in testing out the future of distribution itself,” he said. “Everything is on the table.”

BuzzFeed is a company with a clear mission, a smart approach to its content, and a history of success. For those reasons, we’re excited to hear more about BuzzFeed Motion Pictures when Frank and his colleagues take the stage at the 2015 Newfronts.