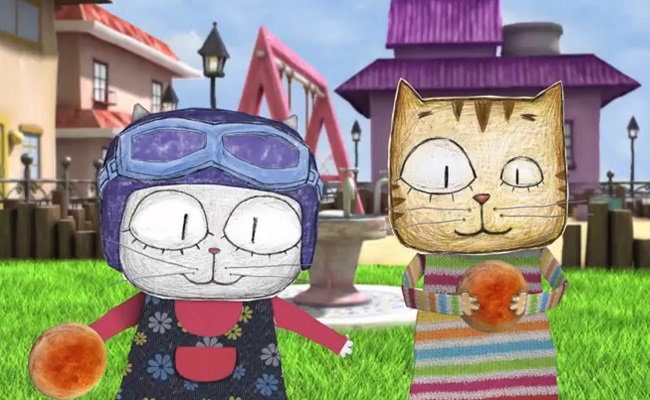 Channel Frederator has some new international shows to add to its programming library. The YouTube multi-channel network, specializing in animation and home to such fan-favorites as Cartoon Hangover’s Bravest Warriors, has acquired the rights to the South Korean preschool series Cloud Bread and Pom Pom & Friends.

Cloud Bread and Pom Pom & Friends have respectively garnered a 2011 Korea Content Award and a 2010 MIPTV Content 360 award for the series’ production company, Gangwon Information and Multimedia Corporation. Cloud Bread follows the adventures of two kitten siblings, while Pom Pom tells the story of the titular character (made entirely out of woodblocks) learning to creatively solve problems alongside many of his good friends.

Frederator is expanding its selection of children’s animation programming through the acquisition of the preschool-themed Cloud Bread and Pom Pom. The MCN will distribute the two Korean series across its network. The two animated shows will also help increase Frederator’s international slate of titles; the MCN already boasts several foreign series such as the Chilean-based Fin Punch! and Australia’s Rocket Dog (set to make its traditional TV debut sometime in the future).

You can check out Channel Frederator’s current lineup of animated web series titles on its YouTube channel. The MCN boasts over 250,000 subscribers on its titular channel, and another 1.4 million on its popular Cartoon Hangover vertical.