PewDiePie Releases Preview, Title Of His Video Game ‘PewDiePie: Legend Of The Brofist’ 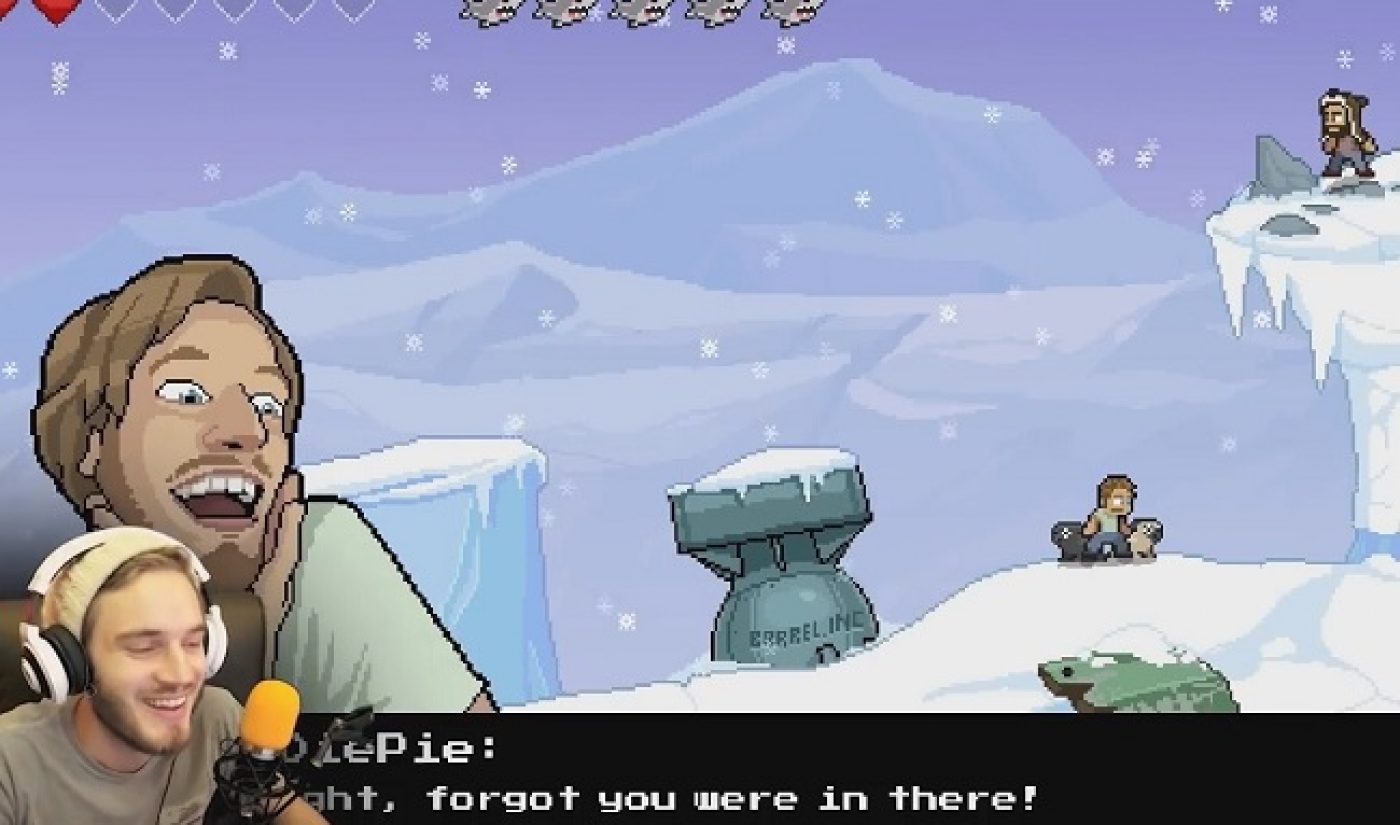 Felix Kjellberg has his own video game on the way. The Swedish YouTube star and prolific gamer known as PewDiePie to over 35 million YouTube subscribers gave his fans a sneak peak and announced the title of his upcoming game. It’s called PewDiePie: Legend of the Brofist.

In a recent video uploaded to his channel, Kjellberg shows viewers a short walkthrough of Legend of the Brofist, whose title was voted on by PewDiePie’s legion of fans (who are collectively known as the “Bro Army”). The twentysomething gaming enthusiast and South Park guest star tests several gameplay features of the seemingly Mega Man-inspired side-scroller, including the ability to play as his girlfriend, vlogger Marzia Bisognin (aka CutiePieMarzia).

Kjellberg also explained several of his YouTube friends and gamers will make appearances in the game. As an example, he highlighted a section of Legend featuring CinnamonToastKen (who recently competed against PewDiePie for the Best Fiends Valentine’s Day contest).

Quebec-based independent video game developer Outerminds is still working on the final touches of Legend, so no release date has been announced for the PewDiePie game as of yet. However, Kjellberg said Outerminds hopes to have the game ready by the Summer 2015 for iOS and Android devices.

In the meantime, the Swedish YouTuber asks his followers to keep submitting ideas to him (likely through his website’s forums instead of through YouTube comments) on what they want to see in the game. Kjellberg said his ultimate goal is to make Legend of the Brofist as “best as possible for you bros.”