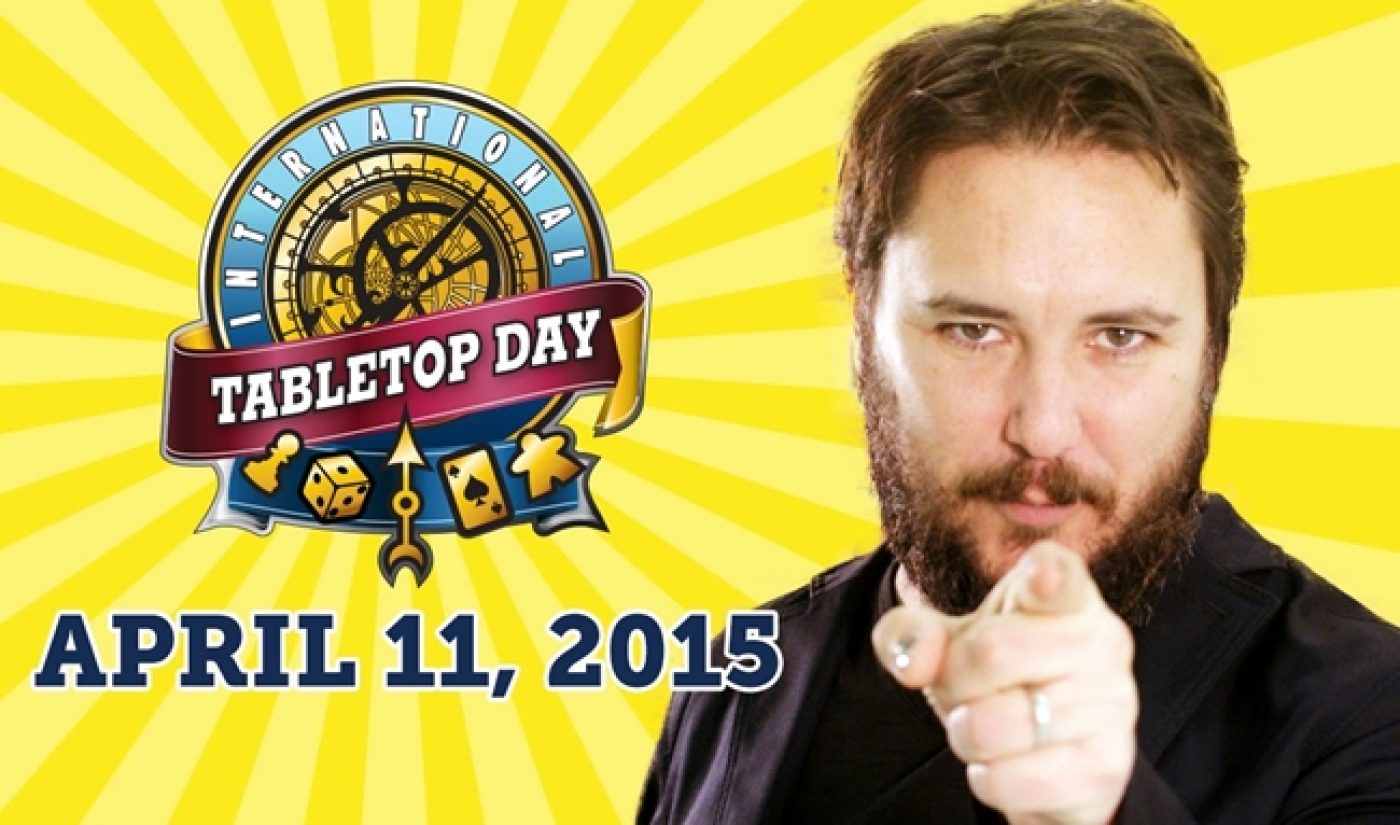 For the third year in a row, Geek & Sundry will share its love of board, card, and pen-and-paper games with International TableTop Day, which will go down on April 11th, 2015. While a celebration of tabletop games is the main goal, there will be more than just victory points at stake. In addition, Geek & Sundry has teamed with the Big Brothers Big Sisters of Greater Los Angeles organization, to which it will donate thousands of board games.

In 2015, TableTop Day will take over the Legendary Digital Network Soundstages, where Geek & Sundry founder Felicia Day and TableTop host Wil Wheaton will host a gathering of more than 800 gamers. Those festivities, which will run between 11 AM and 6 PM PST on April 11th, will be live streamed on Geek & Sundry’s recently launched Twitch channel.

Wheaton provided an introduction to TableTop Day when he introduced the third annual event in a video released in March.

Geek & Sundry serves as the epicenter of TableTop Day, but the celebration extends around the world. Last year, more than 3,000 events across 80 countries joined the fun, with participants tweeting their play sessions using the #TableTopDay hashtag.

Through the charity portion of the event, Geek & Sundry will bring its favorite games to children. “Geek & Sundry is thrilled to celebrate another year of International TableTop Day and help spread the love of gaming throughout the world,” said Day in a press release. “Working with Big Brothers Big Sisters to give kids the opportunity to play more games is a wonderful way for us to unite the spirit of this day with an amazing charity.”

For more information about Internation TableTop Day leading up to its return, keep an eye on its official website.