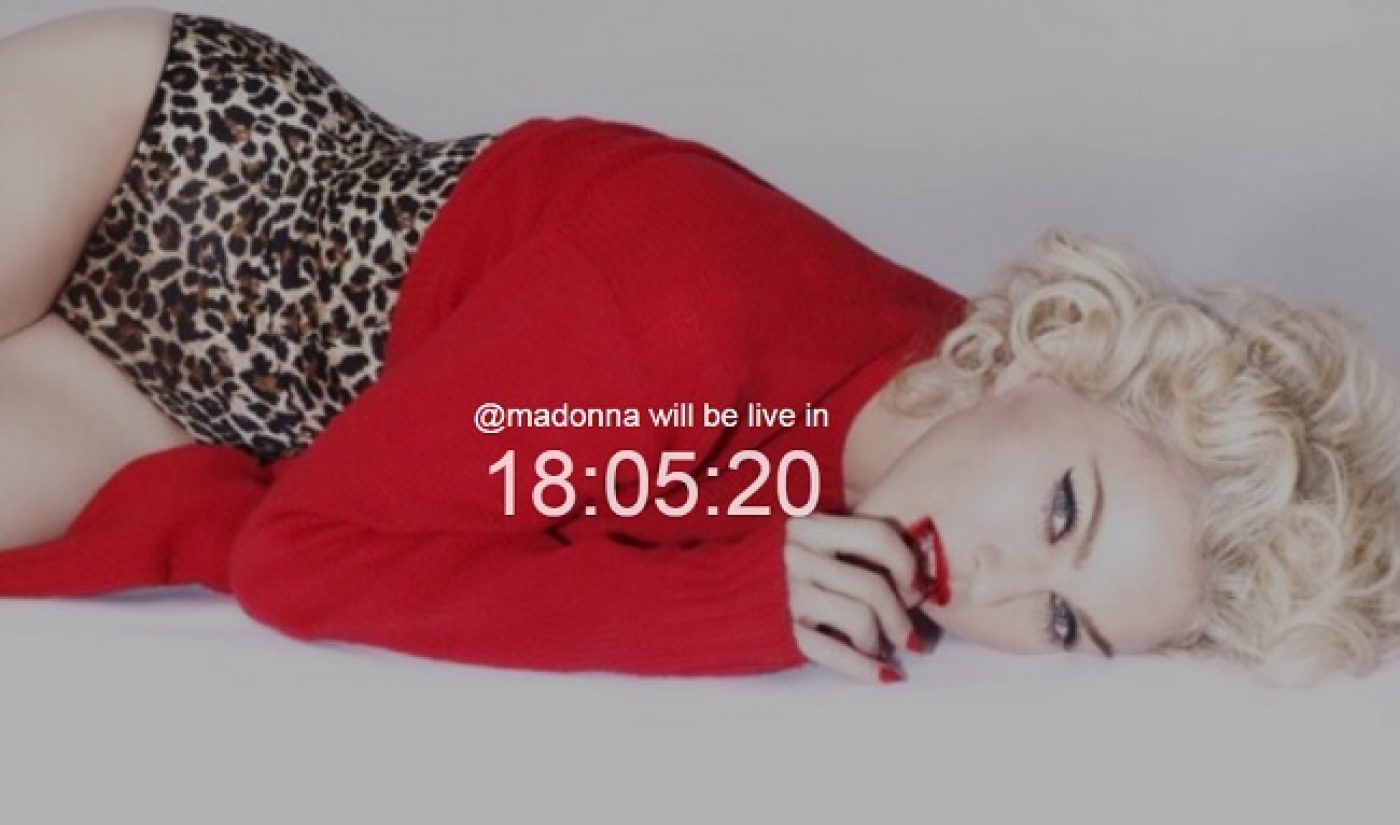 Madonna recently made headlines when she debuted the music video for her song “Living for Love” on Snapchat Discover on February 6, 2015. Now, the singer is using the quickly-burgeoning Meerkat iOS app for her next music video release. The Next Web reports Madonna already dropped a 16-second teaser for “Ghosttown” on the new music subscription service Tidal; however, the full video is saved for release on Meerkat.

It’s no surprise Madonna is partnering with another video platform that’s popular with the kids and/or technorati to release “Ghosttown.” Video broadcasting apps like Meerkat and Periscope have hit the market with almost instant popularity, causing larger companies to pay close attention and even get out their checkbooks, as Twitter did with Periscope. Besides Madonna, other notable individuals (like Guardians of the Galaxy 2 director James Gunn) have used Periscope or other video streaming apps to interact with fans and release new content.

You can download Meerkat in the iTunes app store to watch Madonna’s “Ghosttown” music video on April 7 at 10 AM PST/1 PM EST.