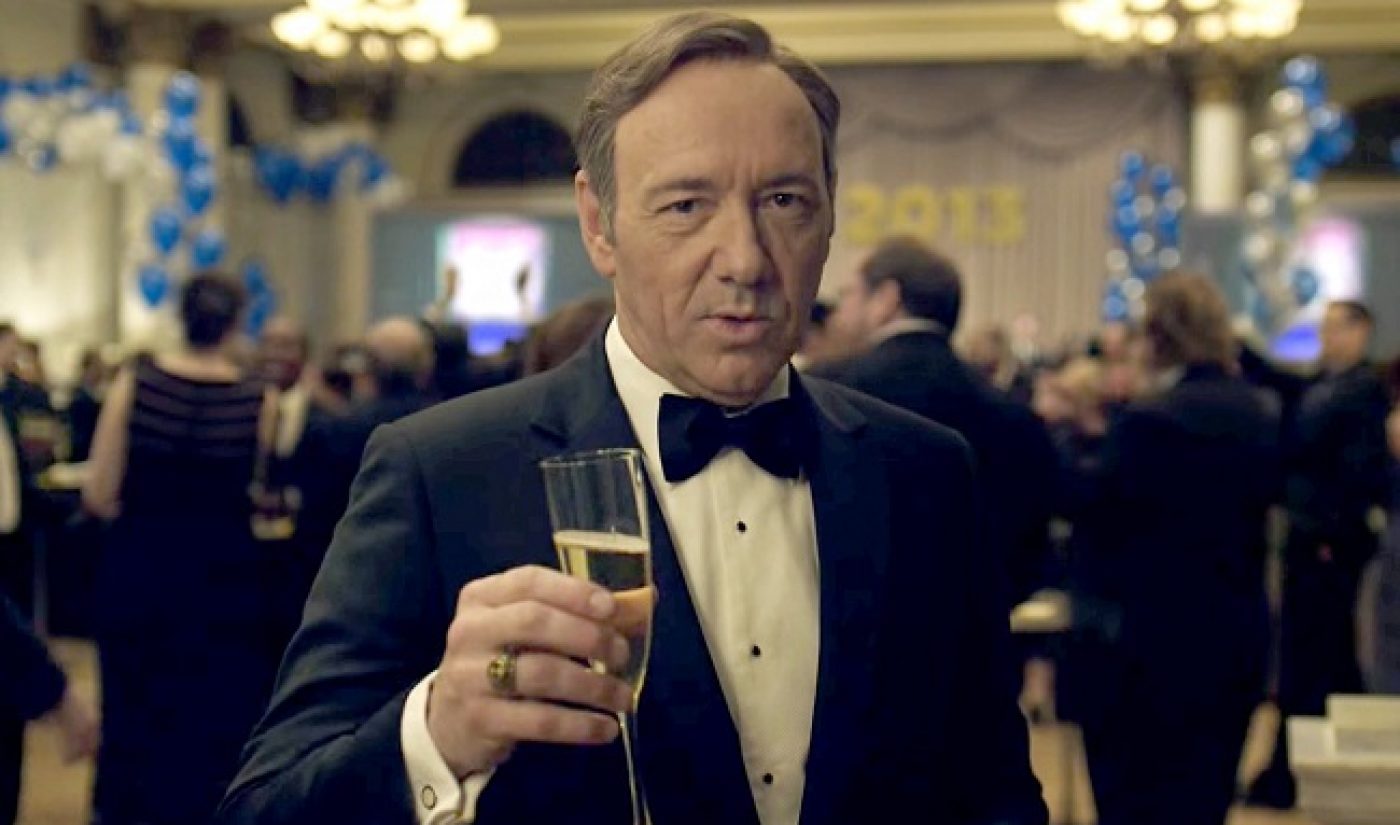 Netflix doesn’t waste much time renewing its well-received original shows, and House of Cards is no exception. The streaming video platform has announced the renewal of its hit political drama for a fourth season.

House of Cards stars Golden Globe winners Kevin Spacey and Robin Wright as Frank and Claire Underwood. At the end of the show’s third season (which threw the internet into a tizzy after it accidentally leaked two weeks early on Netflix), Frank had just completed his first term as President of the United States and was up for re-election. Quite fittingly, Netflix will start production on the fourth season of House of Cards in summer 2015, for a 2016 release which could land square in the middle of the real-life U.S. presidential election.

And in another ironic twist of fate, last week a YouTube user by the name of Yeesh Kabob uploaded a mashup video called “Full House of Cards.” Combining the very harsh world of House of Cards with the happier tone (and even title font) of Full House, the mashup is even more uncanny considering yesterday’s report that Netflix could be developing a new season of Full House.

No release date has been announced for the fourth season of House of Cards as of yet.