Break’s “Prank It Fwd” Returns With A Movie Theater Wedding 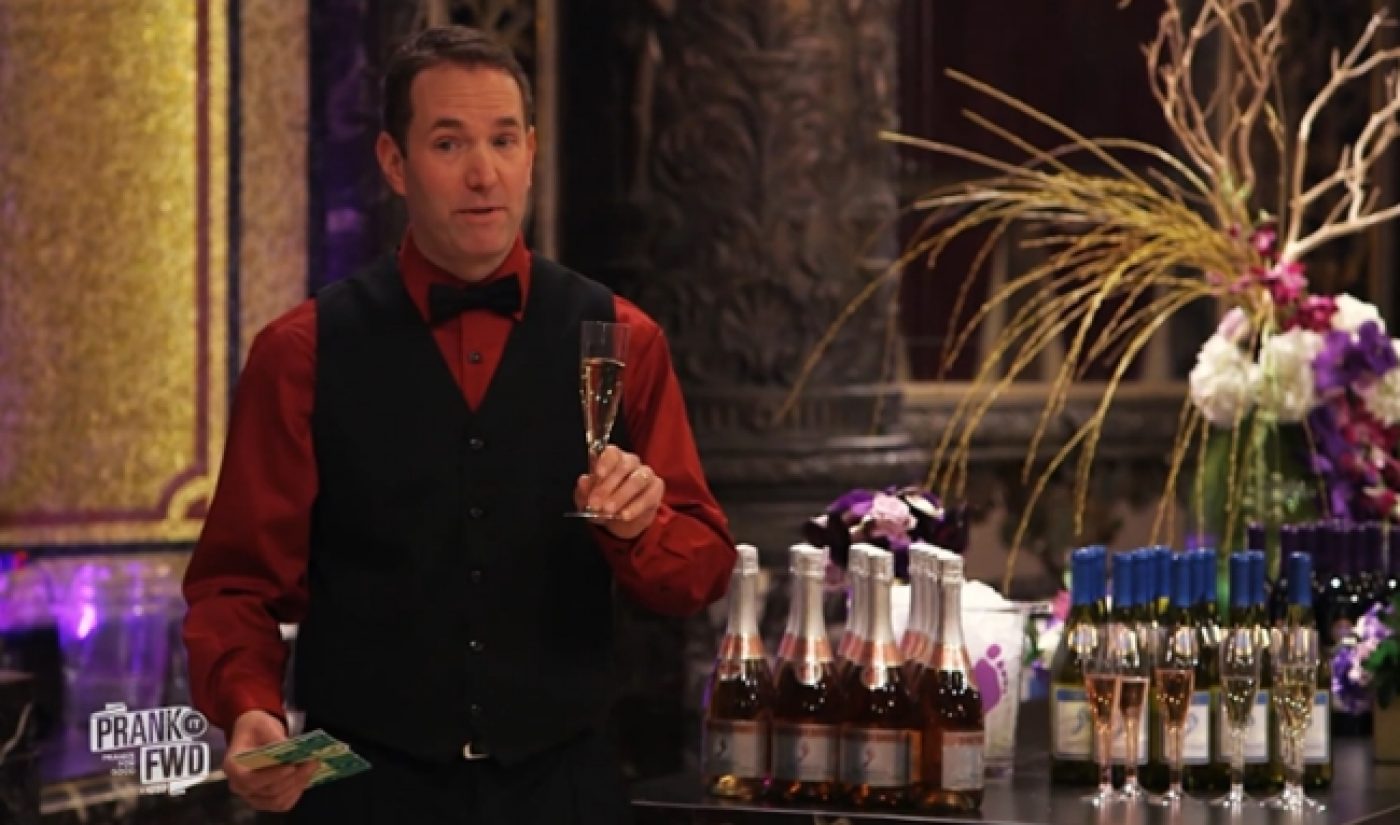 April Fools Day is a big time of year in YouTube’s prank community, and for the second year in a row, the company that works with many of the most popular practical jokers on the Internet is using the unofficial holiday as a chance to do good. Break has brought back its popular Prank It Fwd series for a second straight April Fools Day full of “positive pranks.”

In each Prank It Fwd video, Break and its band of pranksters team up provide a heartwarming surprise for someone in need. In one of the new episodes, Break teams up with sponsor Barefoot Wine to provide a movie theater wedding for a cancer patient and her fiancée. Several partners from the Defy Media network join the fun: Greg Benson hosts, and Honest Trailers voice Jon Bailey lends his pipes to the fake movie trailer that serves as the episode’s defining prank.

Across YouTube, other members of the Defy Media network are joining in the good-natured fun. Smosh Games, Tom Mabe, and Rob Anderson are among the creators who have posted their own videos as part of the Prank It Fwd festivities.

Prank It Fwd, which Defy Media Head of Content Barry Blumberg has pegged as the company’s greatest accomplishment thus far, first arrived in April 2014 with a collection of videos that has received more than 50 million views to date. In November 2014, urged on by the series’ success, Break brought Prank It Fwd back for a new batch of episodes.

The prank series isn’t just a way to inspire audiences; it is also a powerful charitable effort. For each 1,000 views the campaign receives and each mention of it on social media, Break will donate a dollar to DoSomething.org. You can contribute to that total by viewing the new Prank It Fwd videos over at Break’s YouTube channel.