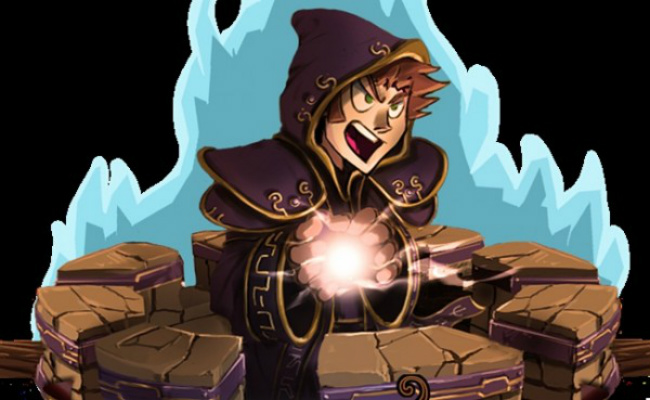 Toby Turner‘s fans waited patiently for the release of Tobuscus Adventures: Wizards, a mobile based based on the titular YouTube star’s animated web series. Now, in the first few days since the game’s release, those fans have eaten it up. Tobuscus Adventures: Wizards has already garnered more than 3,000 ratings and earned a place in the App Store’s “Best New Games” section.

In Wizards, players control Tobuscus as he uses magic spells to battle zombies. The game costs $4.99, and a portion of the revenue it earns will be donated to charity.

Wizards is based off Tobuscus Adventures, the animated series that stars Turner and Gabe Hohreiter. In May 2013, Turner released an episode of the series in which the characters start an Indiegogo campaign; this storyline mirrored a real-life campaign to fund Wizards, which was ultimately greenlit after Turner and his team pulled in $642,799–more than two-and-a-half times their initial $240,000 goal–on the crowdfunding site.

Turner initially believes the game would be playable by Halloween of that year, but it was backed up by numerous delays. In vlog videos, Turner explained his desire to revise the game until he was satisfied with the product, and on March 19th, 2015, nearly two years after it was first announced, Wizards arrived on the app store.

“This game has been an all-consuming passion of mine over the past year and a half,” said Turner in a release. “Before I could release this game to the public, it had to be the best game, had to be fun, and it had to have a ton of content my fans know me for. I’m happy to say that we finally achieved what we wanted and I’m excited to now release this game.”

Beyond the iOS version, PC and Android versions of the game are also in the works, though no specific release dates have been specified.