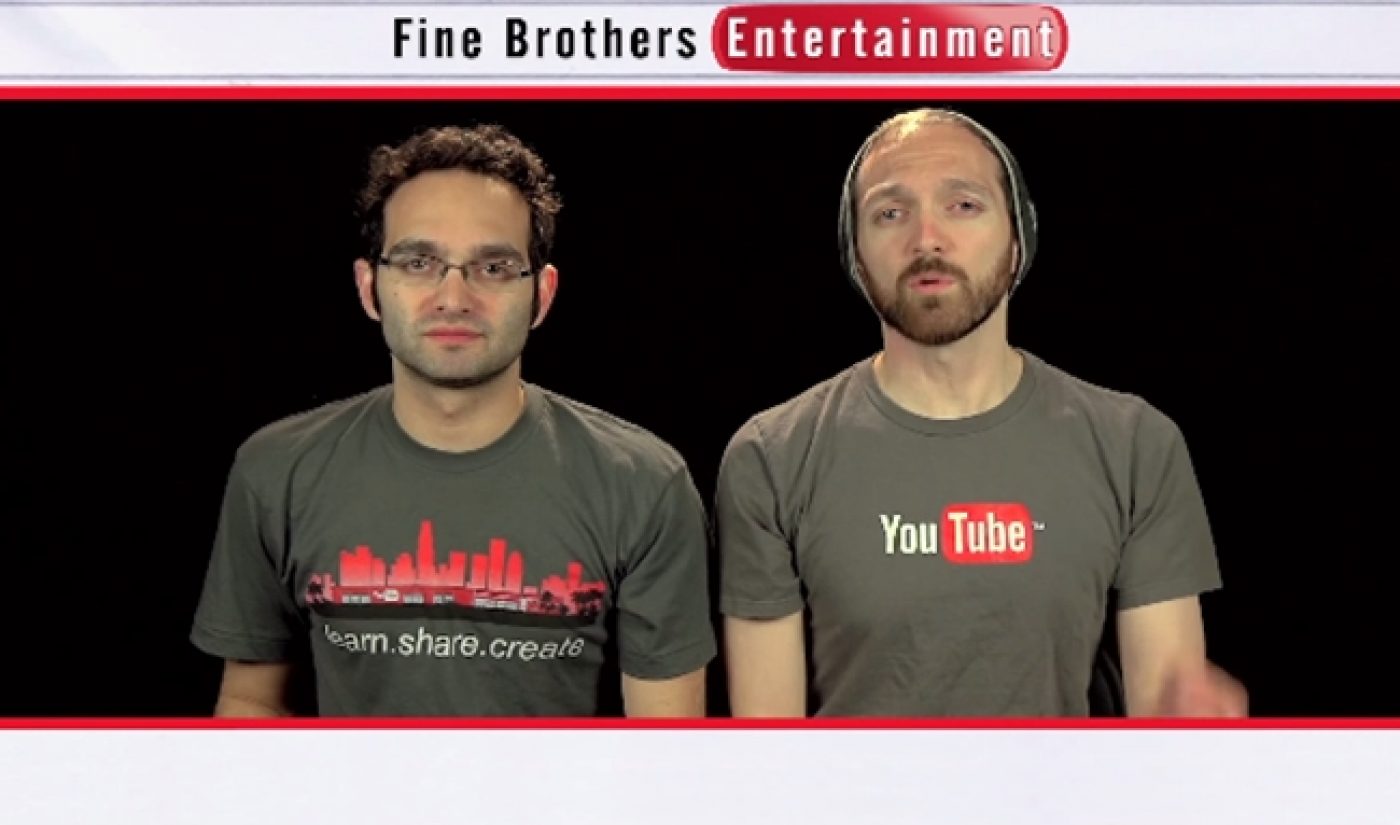 As they look to stock their YouTube channels, Benny and Rafi Fine are once again turning to third-party creators. The brothers, who have amassed more than 11.8 million subscribers on their primary YouTube hub, plan to fund between 6 and 12 new web series for their various channels.

According to a release, The Fine Bros plan to source programming from both internal development and third-party pitches. They will begin by offering three-to-five episode orders for each program they greenlight; from there, they will fund additional episodes for the shows that see the  most success.

“Our channel is home to some of the most popular series online for both scripted and unscripted content,” said Benny Fine in the release, “and we’re looking to find and develop the next hit series on on the web, and excited to fund emerging talent and creators and get their work seen by our dedicated subscriber base.”

The Fine Bros have experimented with third-party content in the past. Last year, at Vidcon, they announced their plans to fund videos from “up and coming creators.” Later in 2014, they released the first of those videos: An underwater, shot-for-shot remake of The Hunger Games created by The Kloons.

As they assist their fellow online video creators, Benny and Rafi will also continue to make content of their own across multiple platforms. The fraternal duo recently announced their second TV project: Six Degrees of Everything, which will arrive on TruTV sometime this summer.