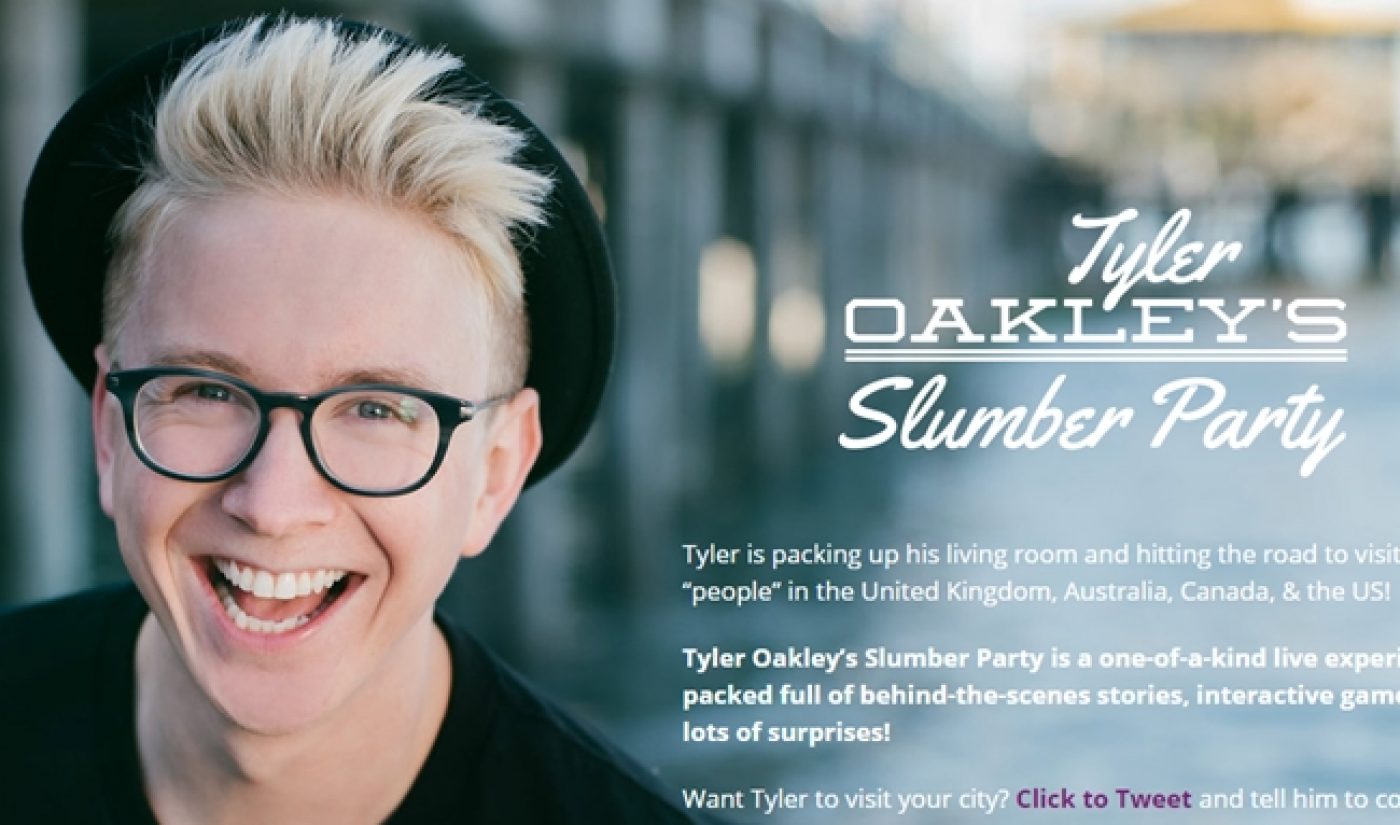 Tyler Oakley is taking his slumber party around the globe. The YouTube vlogger has announced a summer tour that will take him to Ireland, the UK, Australia, and several cities in the US.

The tour will carry the same slumber party theme Oakley used for the previous leg of his tour, which began on October 4th in Chicago and quickly sold out. At each live event, Oakley meets his fans and chats with them, all while dressed in pajamas.

Thanks to nonstop demand (Oakley’s YouTube subscriber count totals more than 6.6 million fans), Oakley is adding a slew of cities to his touring plans. The next leg of his slumber party will begin on May 13th in Dublin and will hit 17 more stops before concluding in Melbourne, Australia on September 12th.

Oakley shared some additional details and some footage from his previous live events in a video he released on his YouTube channel:

Tickets for some of the events are now on sale at a dedicated tour website. Fans who purchase their tickets by March 31st will have a chance to upgrade to a VIP Package that includes a meet-and-greet with Oakley.

Oakley is one of YouTube’s most popular and endearing vloggers, so anyone who wishes to join his sleepover (which, a disclaimer on the tour site reminds us, is not literally a sleepover) should act fast.