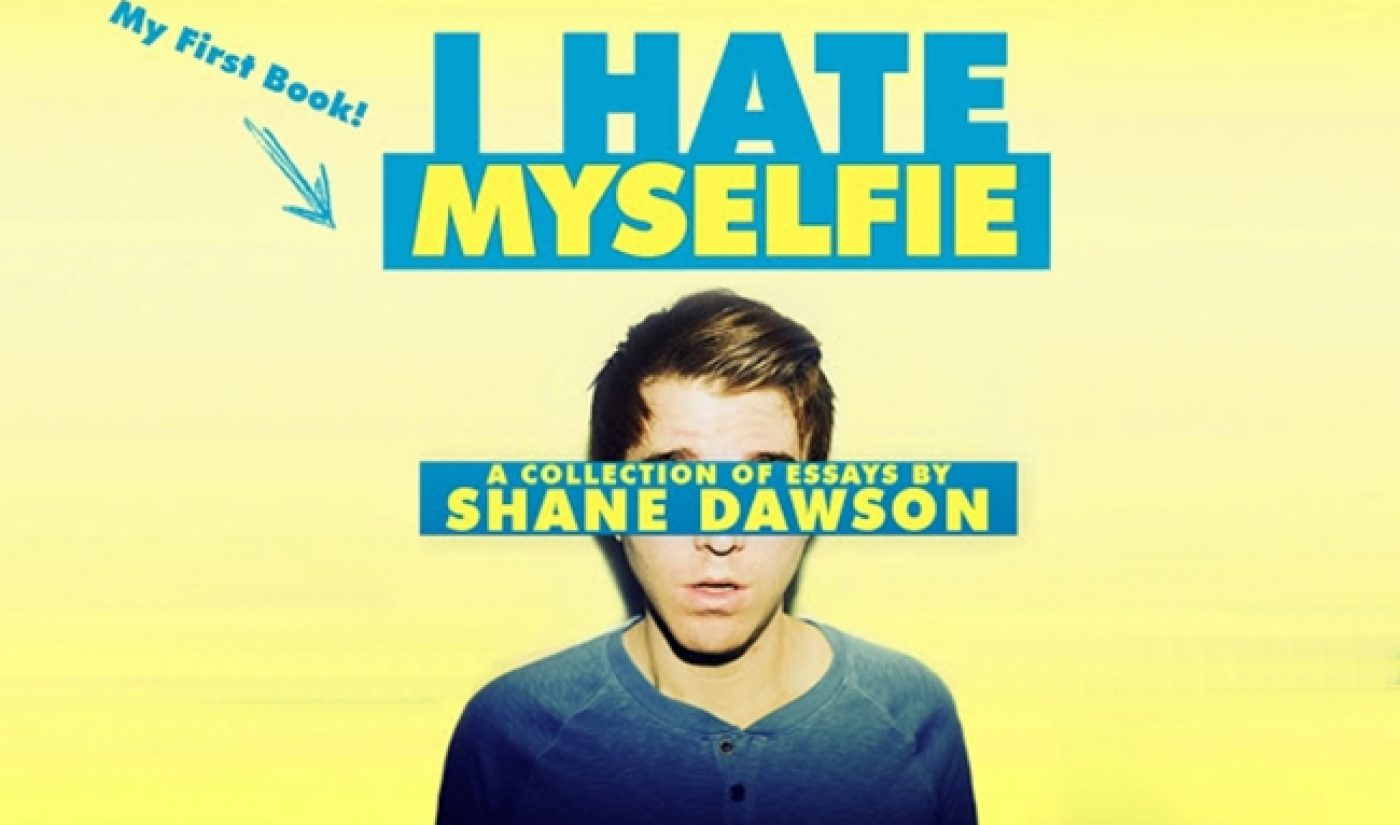 Shane Dawson is one of the online video personalities who has jumped into the literary world by authoring his own book. Dawson, whose 6.4 million subscribers and 1.1 billion views on his main channel make him one of YouTube’s biggest stars, recently published I Hate Myselfie alongside Atria’s Keywords Press imprint, and the book’s first-week sales have been very strong. According to The Hollywood Reporter, I Hate Myselfie became Barnes & Noble’s bestselling paperback shortly after its release.

I Hate Myselfie is a collection of essays written by Dawson, who has used the book to talk about his life before YouTube. The collection arrived on March 10th as the second work from Keywords Press, which works exclusively with online video stars. The imprint’s first release was Girl Online, a novel from YouTube beauty star Zoella. Since its publication, Girl Online has come under fire after it was revealed that Zoella employed a ghost writer to help her pen the novel. Dawson has dodged similar criticism by assuring his fans that he personally wrote every word of his book.

ps. Theres rumors out there that I used a GHOST WRITER. I did not. I wrote this book 100% myself. Every word. Every filthy 4 letter word.

Since its publication, I Hate Myselfie has soared up the charts. In addition to its position on Barnes & Noble’s charts, it also reached the top five of Publisher Weekly’s paperback bestseller list. Atria told The Hollywood Reporter that I Hate Myselfie had the best first week of any book written by a YouTube star.

Dawson’s fans have already made I Hate Myselfie a sales success, but Dawson hopes his book will attract a more diverse crowd. “Hopefully,” he previously stated, “an older demographic will read this, even if they find my YouTube videos annoying.” If you want to add to Dawson’s impressive sales figures, you can do so from the book’s website.