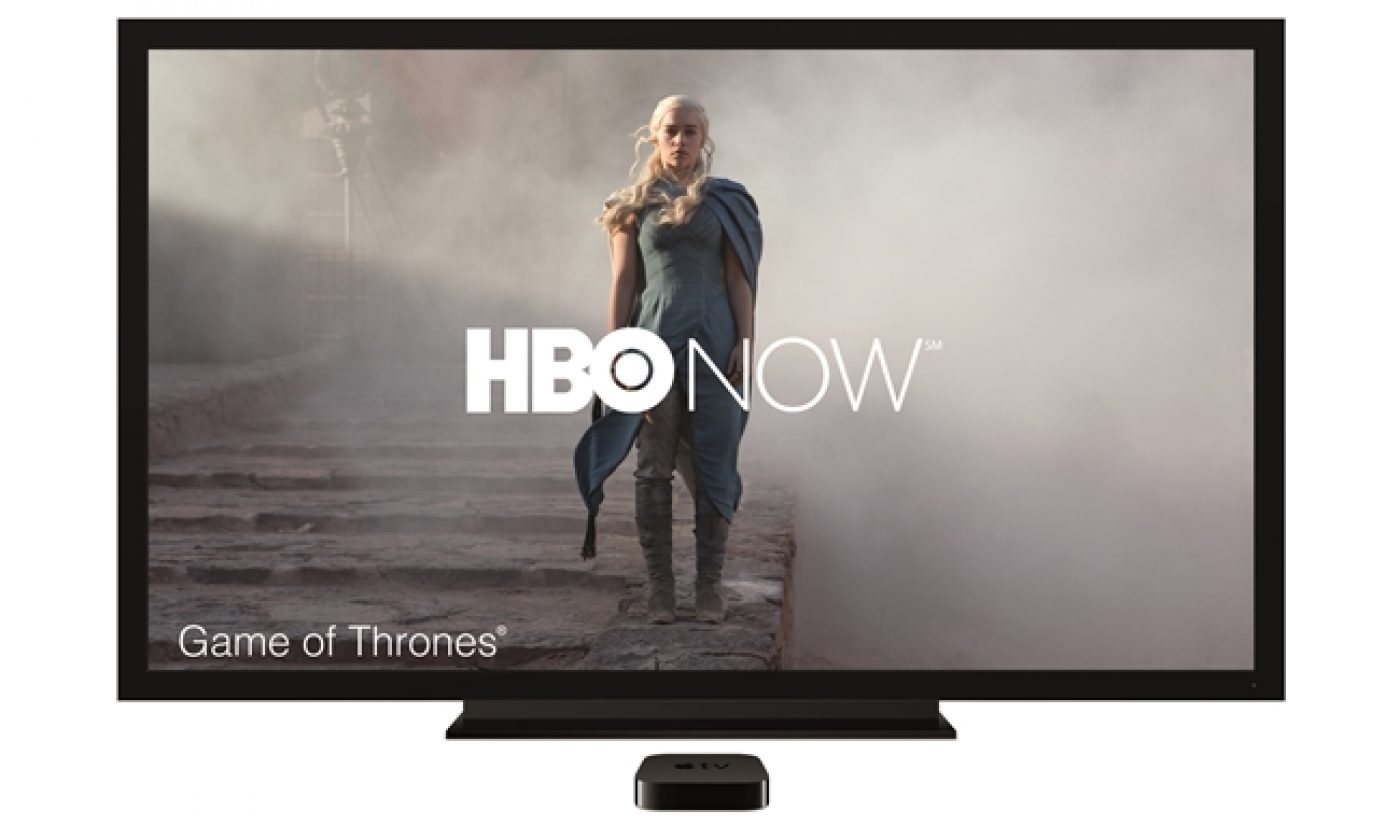 In April, HBO will launch HBO Now, a $15-per-month online video service aimed at viewers who do not pay for premium cable subscriptions. Game of Thrones fans will have ample reason to check out the new service, but some of them won’t have the devices they need to access the product. HBO has announced that Apple will be the exclusive launch partner for HBO Now, which will be available on iPhones, iPads, and Apple TV devices.

According to Variety, HBO announced the Apple deal at a press event in San Francisco on Monday. “All you need to get HBO Now is a broadband connection and an Apple device,” said HBO CEO Richard Plepler. “When you subscribe to HBO Now, you will have access to all our acclaimed original programming — past, present and future — as well as our unmatched lineup of Hollywood blockbusters.”

Users who download the HBO Now app will be able to purchase a monthly subscription from their Apple devices. Those users will also be able to stream HBO content, including April 12th’s season five debut of Game of Thrones, to connected devices.

Apple and HBO are teaming up to make the new service more attractive for potential subscribers. Apple will lower the cost of Apple TV from $99 to $69, and HBO will offer a free month to viewers who purchase their HBO Now subscriptions in April.

At the same time, the decision to have an exclusive launch partner strikes me as odd. HBO Now’s April launch date is critically important because the “cord-cutters” who will be most interested in the service are also most likely to use it to watch Game of Thrones. While nearly half of the smartphones sold in the US are iPhones, the other half is mostly Android devices, and unless those users own iPads or Apple TVs, they will have no reason to immediately consider HBO Now.

The service will likely arrive on other platforms at a later date, but Game of Thrones‘ fifth season is only ten episodes long, and many Android users who would’ve considered HBO Now in April will ignore it in July. Are HBO’s other programs and its library of films big enough draws to justify the relativity steep price tag? Many of those shows and movies are already available on other services.

I will admit that we don’t know how long Apple will be exclusive partner of HBO Now. In addition, the premium cable company could be figuring that the overlap between iPhone users and Game of Thrones fans is large enough to drive a significant number of subscriptions. We’ll see if HBO’s strategy pays off when HBO Now arrives in April. In the meantime, here is a trailer for the new service: