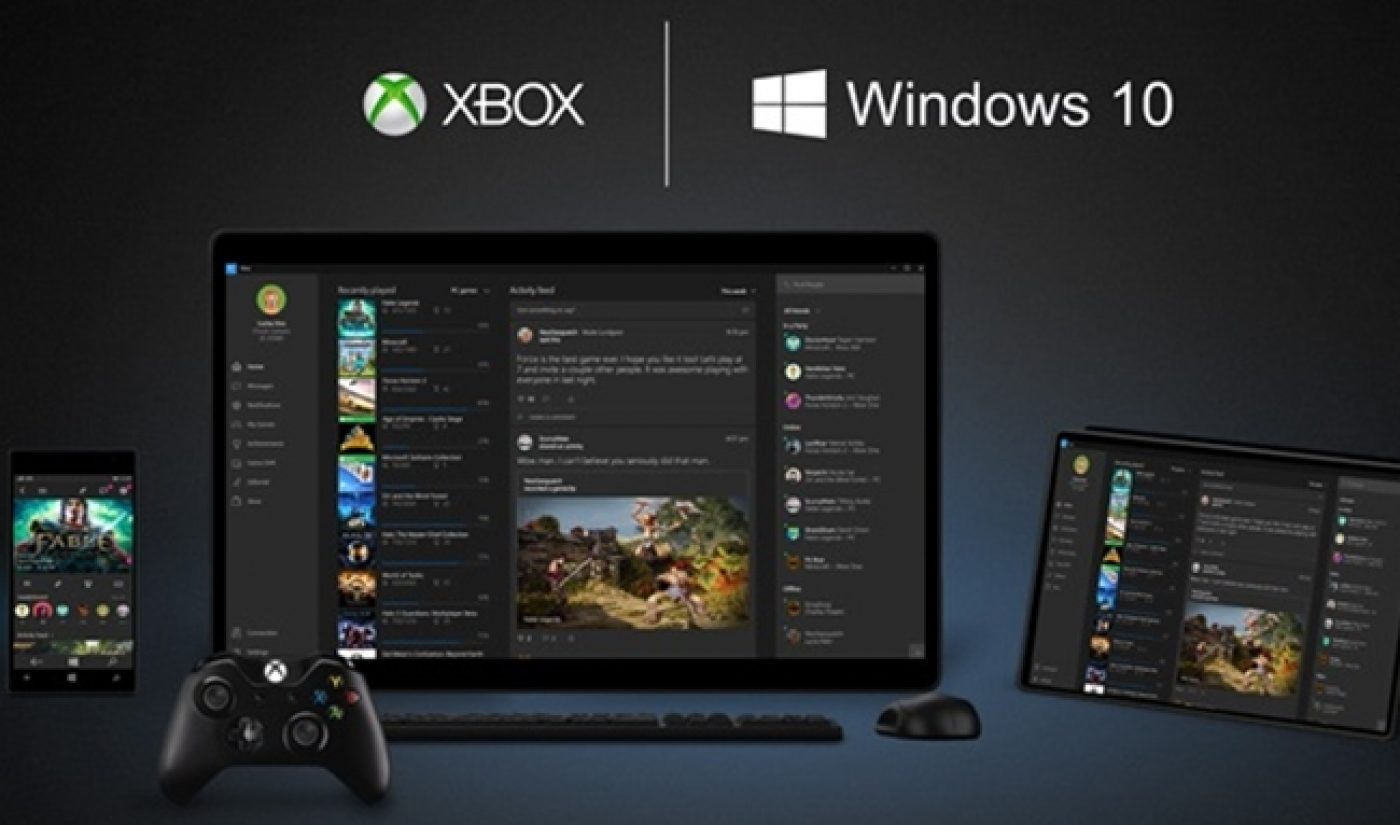 Gamers who share their play sessions on sites like YouTube and Twitch can already upload footage straight from the consoles to the Internet. Now, on an upcoming app, those gamers will gain more tools on their PCs as well. The Xbox Live app for Windows 10 includes some features that assist video game streamers.

As The Verge notes, Microsoft first announced the Xbox Live Windows 10 app in January, and consumers got a look at the app at the Game Developers Conference, which takes place in San Francisco between March 2-6. Among other features, users will be able to browse through clips recorded on their Xbox One consoles, edit those clips, and upload them to the social web. “It’s our aspiration to make every game better on Windows 10,” said Microsoft exec Richard Irving.

Microsoft is wise to cater to streamers. Gamers consistently rank among the top channels in our Tubefilter charts, and Twitch’s collection of live streaming videos now attract more than 100 million unique viewers each month.

The app’s recording capabilities naturally extend to PC games as well. Streamers will be able to record footage from their computers with a simple Command + G shortcut.