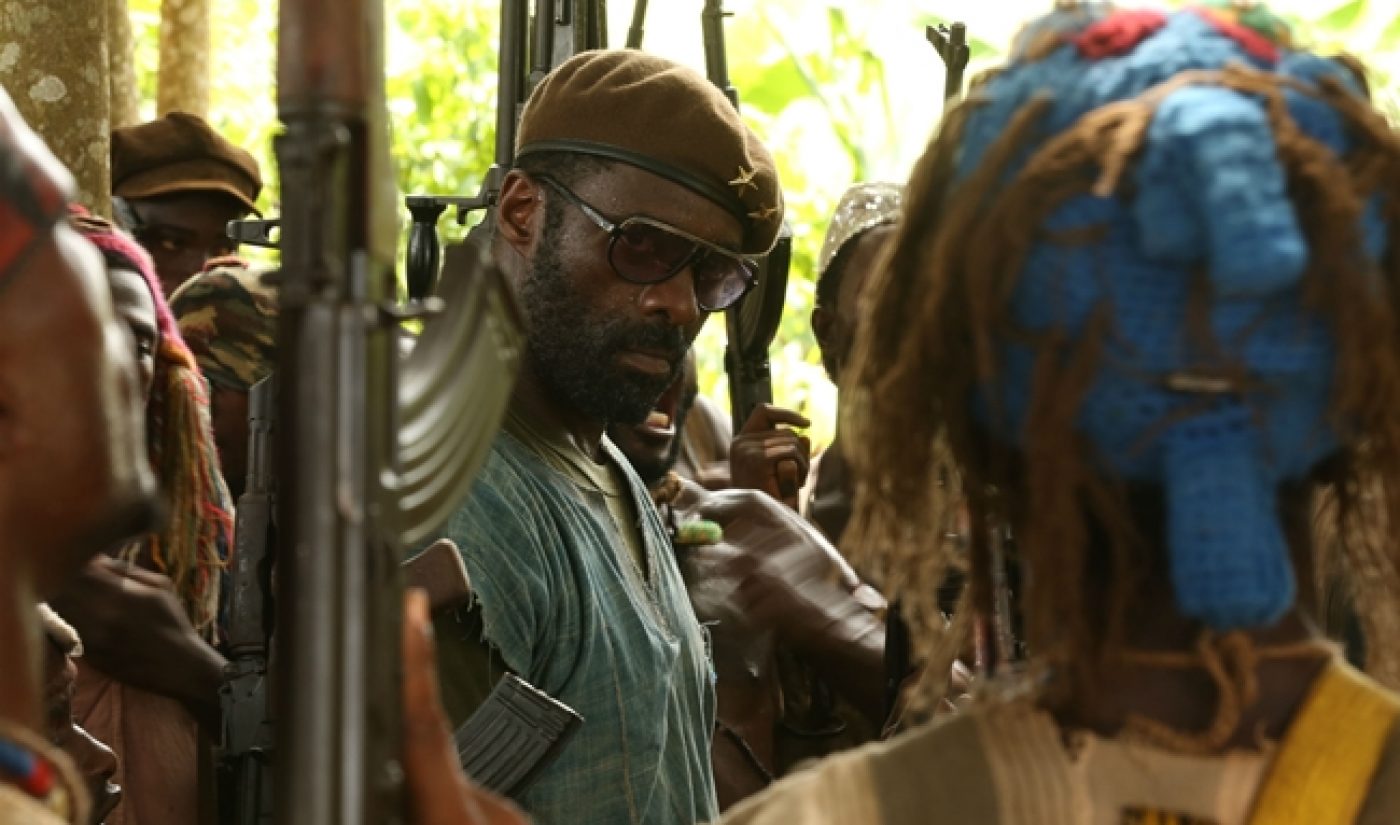 On March 3rd, Netflix announced its plan to distribute Beasts of No Nation, a film directed by True Detective showrunner Cary Fukunaga and starring acclaimed British actor Idris Elba. Netflix plans to debut the film in theaters the same day it arrives online, but some chains are turning that into a slightly difficult proposition. The four largest theater chains in the US–AMC, Regal, Carmike and Cinemark–all have plans to boycott the film.

Beasts of No Nation is based on a book by Uzodinma Iweala and stars Elba as an African warlord who takes a young man under his wing. According to Deadline, Netflix spent somewhere in the vicinity of $12 million for the film, with Chief Content Officer Ted Sarandos calling it “a powerful film that unfolds beautifully in the hands of director Cary Fukunaga with Idris Elba delivering a career-defining performance.”

What remains to be seen, though, is how many people will be able to see the film in theaters. The four chains that are boycotting the film also announced the same plan for the Crouching Tiger, Hidden Dragon sequel that will debut on August 28th, 2015. Instead, the theaters want the film to arrive on Netflix’s streaming video on-demand service 90 days after its theatrical debut.

Obviously, Netflix knew that theater chains were likely to boycott Beasts of No Nation just as they did with Crouching Tiger. Therefore, we can assume Netflix is putting a lot of faith in the film’s VOD performance. That faith will be tested when Beasts of No Nation arrives sometime in 2015.