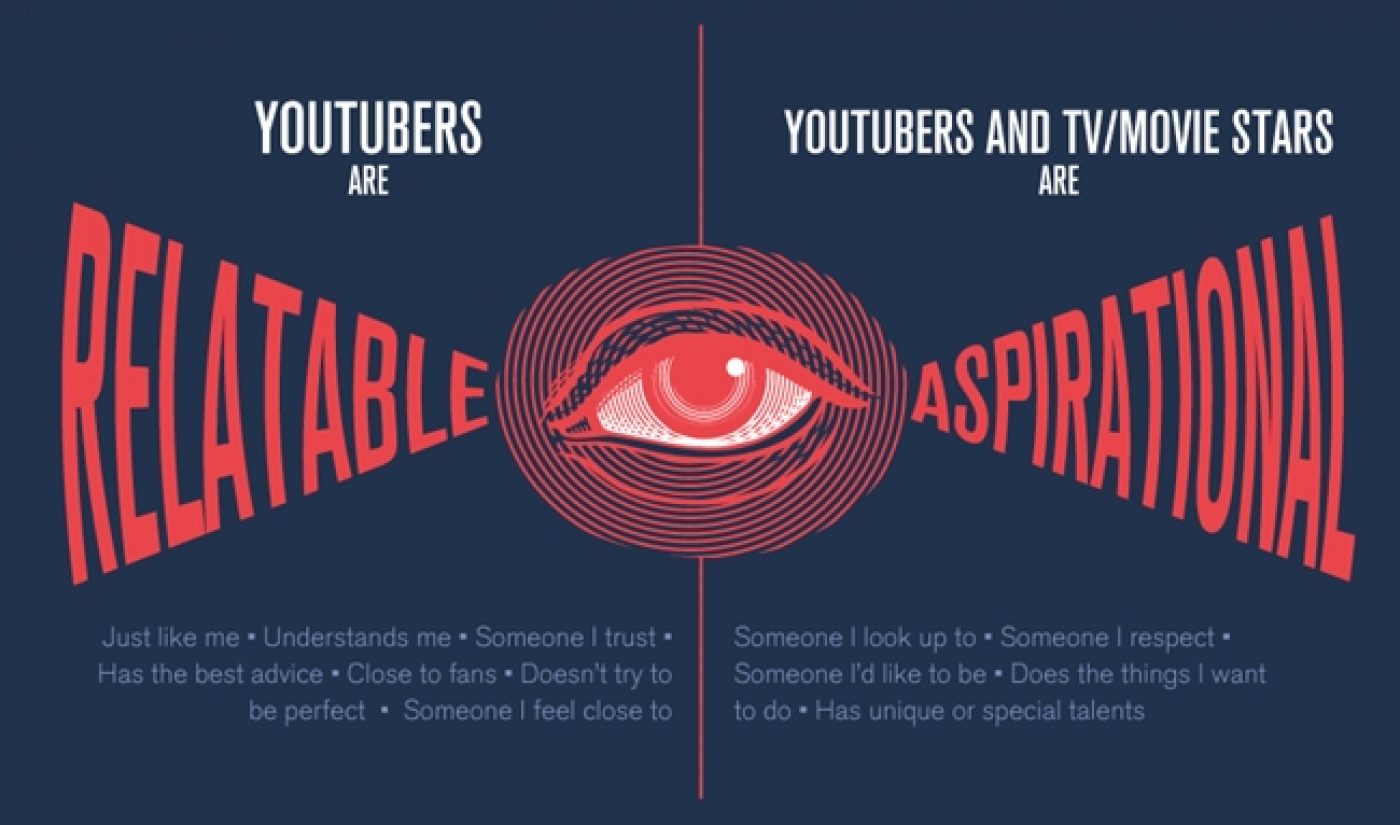 This much we know for sure: YouTube stars hold a large amount of influence among their respective audiences. To what degree, though, does that influence extend? That is the question Defy Media is trying to answer through its latest ACUMEN Report, which includes a number of relevant findings that juxtapose YouTube stars against their traditional media counterparts.

For the report, Defy Media–which runs a thriving multi-channel network on YouTube–surveyed consumers between the ages of 13 and 24. That’s an age range that watches an average of 11.3 hours of free online video per week compared to just 8.3 hours of linear broadcast television. Defy’s respondents claimed to watch online video because it caters to their interests. 69% of them said digital creators provide them with the content they want, and 67% claimed to find content they can relate to online. For traditional TV, those two categories sit at 56% and 41%, respectively.

It is the second of those categories that seems to be most responsible for bringing young viewership online. A previous study from Variety found that teenagers favor new media stars over those from traditional media, in part because the Internet’s content creators carry a more relatable, authentic vibe. The ACUMEN Report backs up those findings. 61% of Defy’s respondents with the 13-17 age range “feel closer” to their favorite YouTube stars, while 56% of a similar 14-17 age range believe they could be a YouTube star.

This relatability naturally lends itself well to brand endorsements. 63% of Defy’s respondents said they were more likely to try a product endorsed by a YouTube star. For traditional media celebrities, that figure drops to 48%.

Here, courtesy of Defy, is an infographic that collects some of the most interesting results from the ACUMEN Report. More findings are available via Defy’s website.