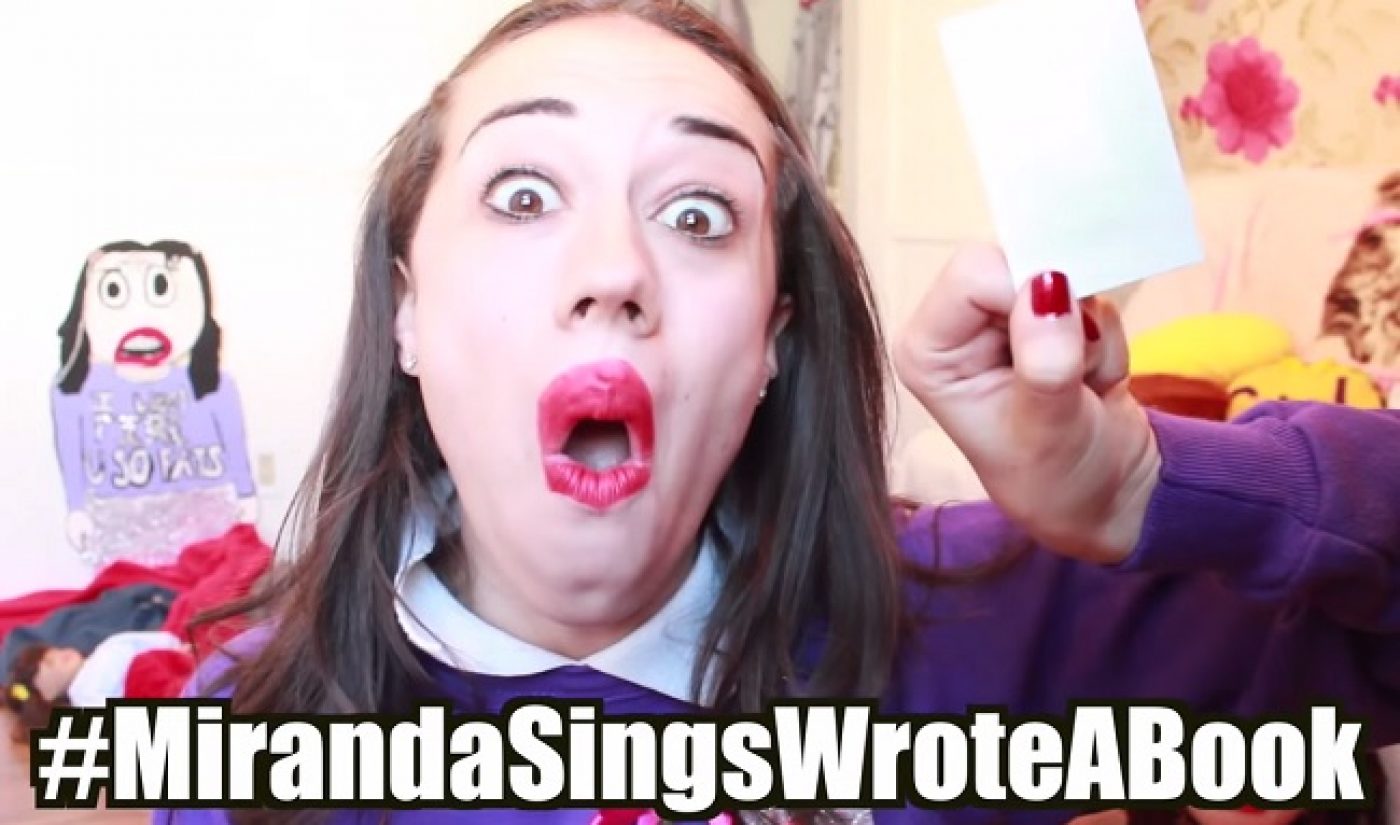 Miranda Sings (the satirical character created by YouTuber Colleen Ballinger) is quickly on her way to becoming a top-selling YouTube author. Only a day after Miranda announced its release, her Selp Helf book has claimed the #1 Best Seller spot on Amazon’s Self-Help list and the #3 spot on Amazon’s Best Seller list of Overall Books, right behind American Sniper. At the top of Amazon’s Self-Help section, Sings’ book is currently beating out industry-favorite titles such as The 5 Love Languages by Gary Chapman and The 7 Habits of Highly Effective People by Stephen R. Covey. And those books are already published. Miranda’s Selp Helf book isn’t set for release until July 21, 2015, so her #1 spot was achieved solely by way of initial pre-orders. Selp Helf will be released via Simon & Schuster’s Gallery Books imprint. The book’s Amazon description claims Miranda’s book will be an “easy-to-follow” guide to on pretty much everything, like how to get a boyfriend to how to perform magic. Selp Helf will be completed with illustrations from the YouTuber herself.

Miranda currently boasts over 3.4 million subscribers on her YouTube channel (not counting the 2.2 million Ballinger claims on her own two channels). With those numbers, it’s little surprise Miranda’s Selp Helf book has already hit the top of Amazon’s charts.

You can add to the chances Miranda’s book stays #1 by pre-ordering Selp Helf via any of the outlets on Miranda’s official website.