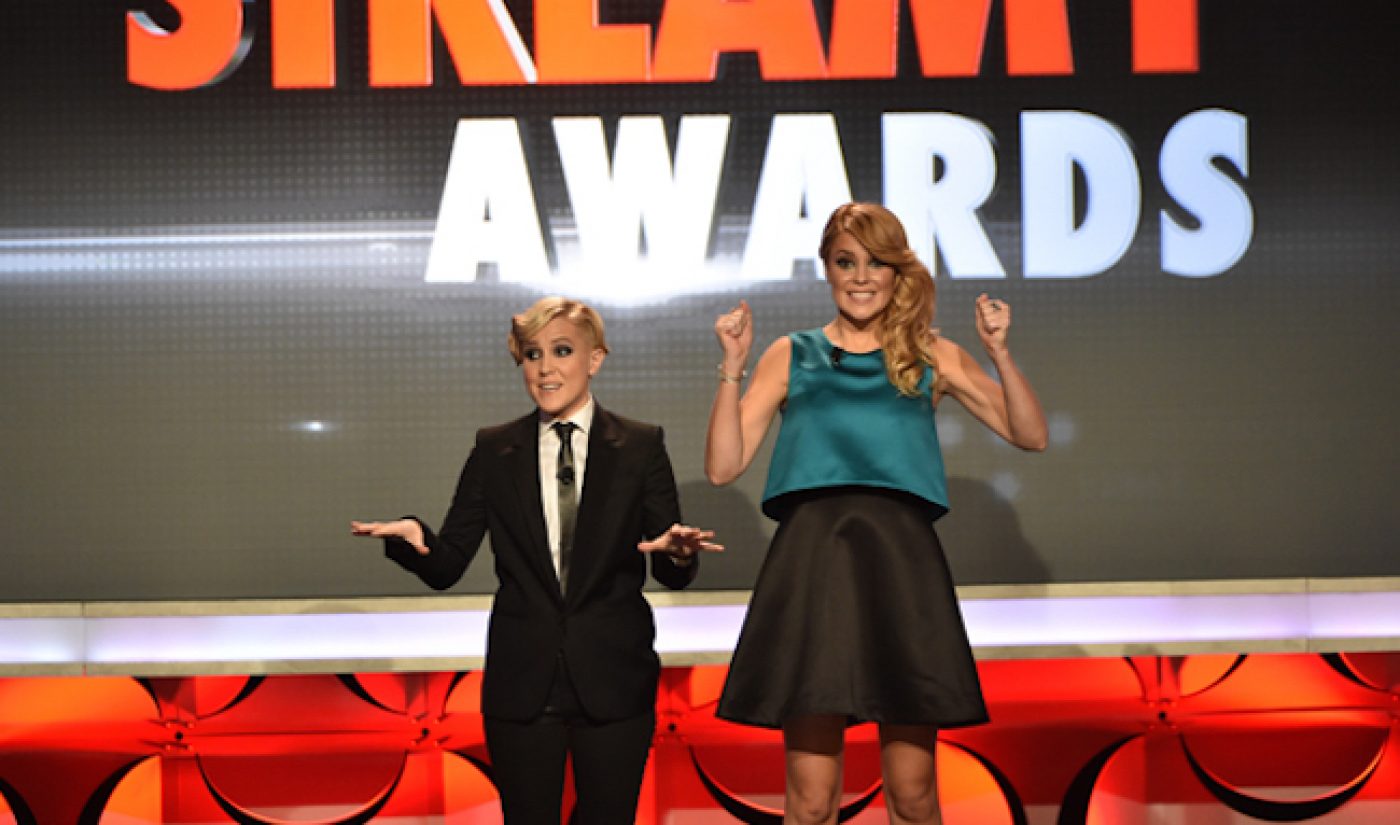 Grace Helbig and Hannah Hart will soon have a claim to fame as two female superheroes. The YouTubers have teamed with Legendary Digital Media and Fullscreen to bring the online video masses (and possibly television and film audiences) a reboot of the 1970’s TV show Electra Woman and Dyna Girl.

Electra Woman and Dyna Girl tells the story of two superheroes who leave Akron, Ohio, for Los Angeles, California, to find better crime-fighting opportunities. However, the two women endowed with unique powers reach the City of Angels only to find far more competition (both internal and external) than they were expecting. Helbig will star as Electra Woman and Hart as Dyna Girl.

Here’s the show opening of the original TV show to give you a teaser of the kind of premise and action you can probably expect:

While the format and platform of the Electra Woman and Dyna Girl project is yet to be determined, Fullscreen is on board to release the project in the U.S., with Legendary Television Distribution handling global distribution. Music video director Chris Marrs Piliero is set to helm the project, and Tim Carter and Tomas Harlan of Contradiction Films (who have worked on Legendary’s upcoming Dead Rising: Watchtower and Machinima’s hit Mortal Kombat digital series) will produce. Sid and Marty Krofft, the original producers of the 1970’s series, will executive produce the Electra/Dyna project, along with Helbig, Hart, and their respective managers Ken Treusch and Sarah Weichel.

“Legendary is no stranger to the world of superheroes and we’re excited that Sid & Marty Krofft’s Electra Woman and Dyna Girl will mark the first female crime-fighting duo for our brand,” said Greg Siegel, Legendary Digital Media’s ‎Senior Vice President of Development and Production, in a release. “Partnering with Fullscreen to deliver top quality digital content for our global fan base is an exciting next step for our growing digital division. I look forward to seeing how Grace and Hannah bring these caped crusaders back to life.”

“Grace and Hannah, Sid and Marty, Legendary and Fullscreen! This is basically our plot to break the Internet in 2015,” added George Strompolos, Fullscreen’s founder and CEO. “As we continue to expand our premium content strategy, we’re extremely proud to collaborate with such great partners and can’t wait to bring this amazing concept to fans everywhere.”

The Electra Woman and Dyna Girl announcement arrives just after the official launch of Fullscreen Studios. The YouTube multi-channel network made it known in January 2015 it would develop long-form productions with prominent social media stars. As for the program’s stars, Helbig’s E! talk show is scheduled to debut in April 2015 in a primetime slot. And Hart was recently included in Forbes’ 30 Under 30 list back in January, too.

You can stay up-to-date with the latest news on the Legendary/Fullscreen version of Electra Woman and Dyna Girl involving Helbig and Hart by visiting the project’s official site at www.ElectraWomanDynaGirl.com.