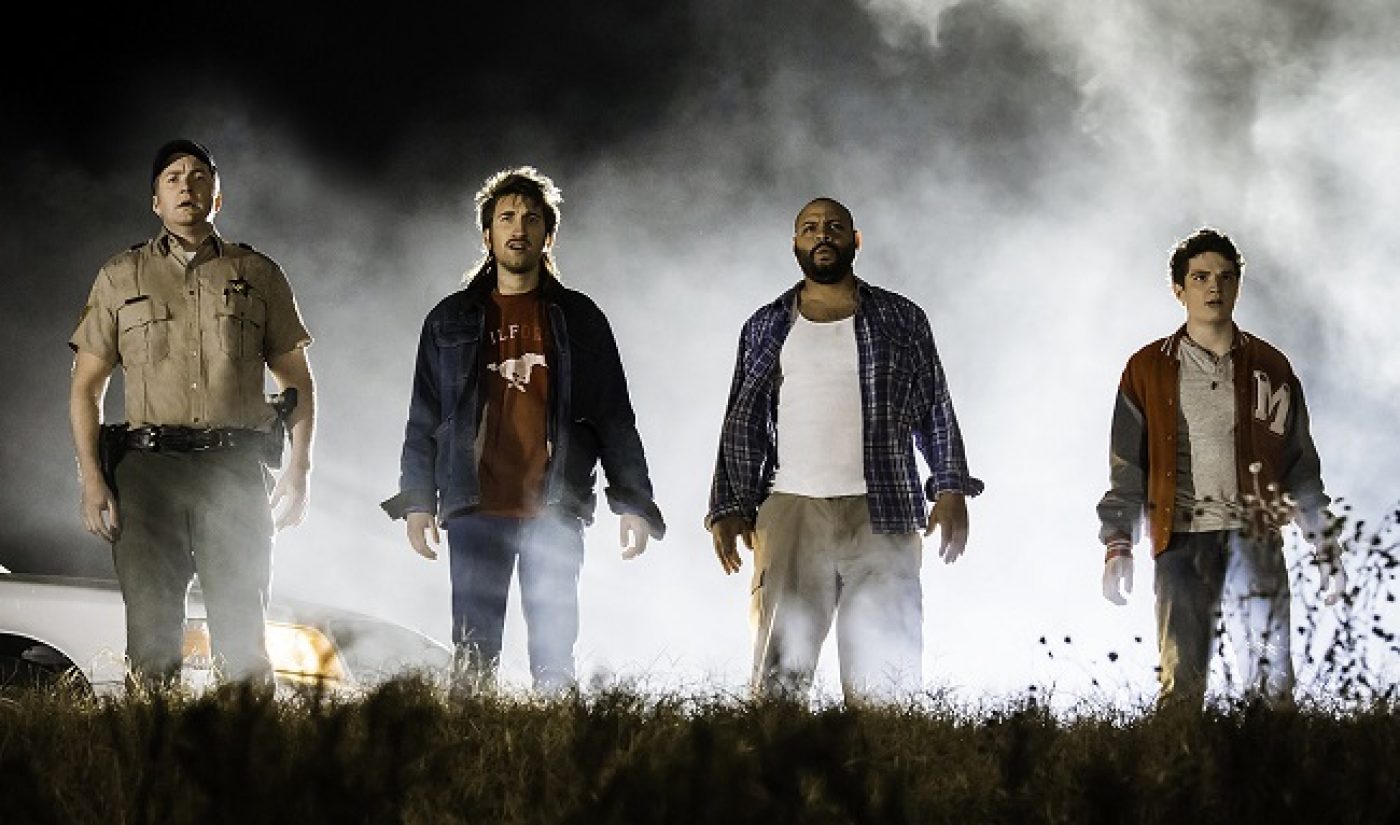 The teaser begins by showing how the U.S. government has been preparing for an alien invasion since the 1970s and then goes on to reveal how the titular Lazer Team forms by unfortunate happenstances to try to help save the world. Check it out:

Lazer Team became the most successfully-backed movie campaign in all of Indiegogo history in July 2014 when Rooster Teeth raised over $2 million dollars from contributors to produce the company’s debut full-length film. The sci-fi comedy began production in October 2014. Directed by Rooster Teeth’s CEO Matt Hullum, the film stars Colton Dunn, Burnie Burns, Michael Jones, and Gavin Free as four bumbling bystanders who find a super-powered suit meant to be donned by a warrior (played by Alan Ritchson) trained to protect Earth from aliens.

The Lazer Team teaser was revealed at the Let’s Play Live event in Austin on February 20, 2015. The full trailer for Lazer Team will debut at SXSW in Austin on March 16, 2015.