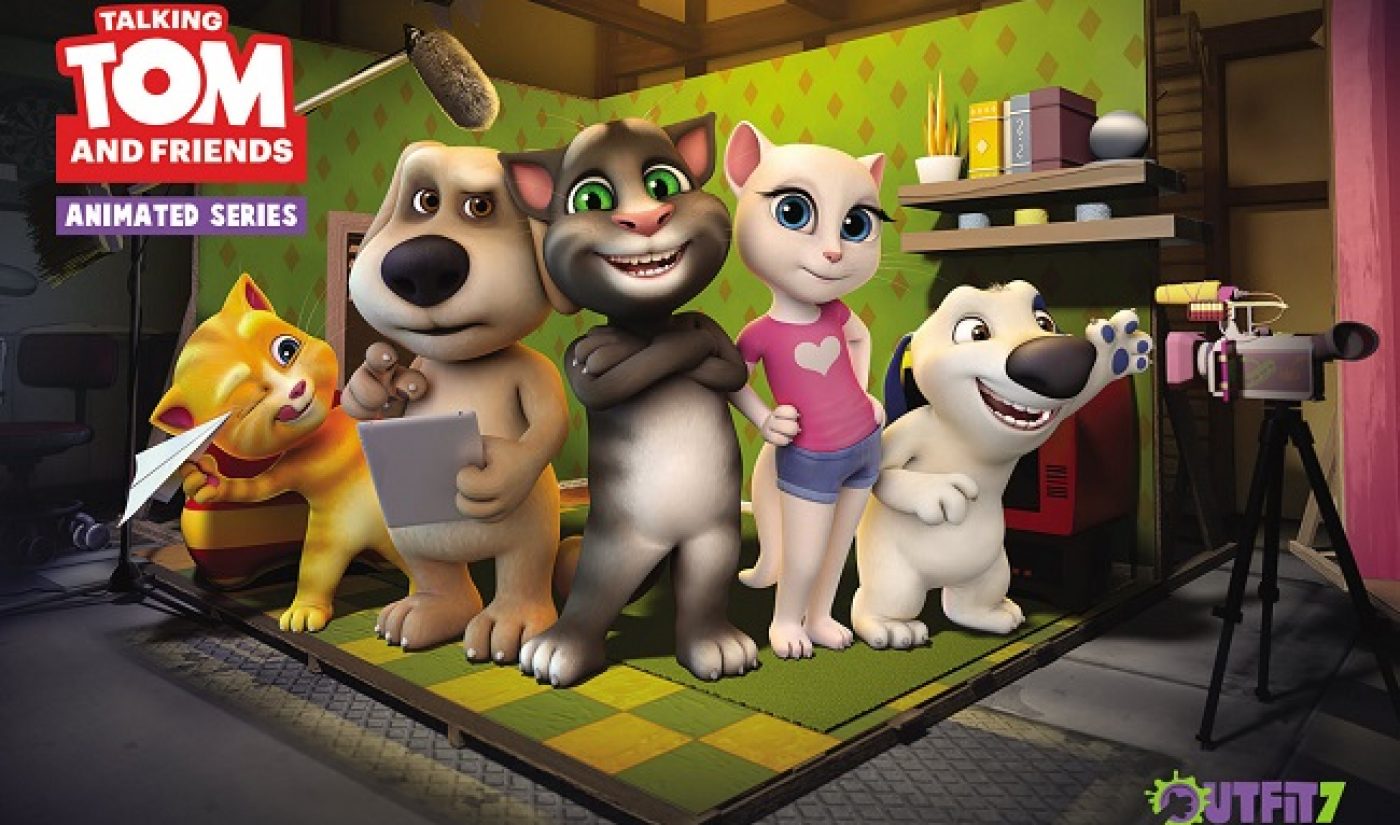 The animated Talking Tom and Friends follows the adventures of the cat Tom (voiced by Colin Hanks) and his friends as they try to film their own reality TV show. Fifty-two eleven-minute episodes are planned for release on the YouTube Kids platform. The premiere episode of Talking Tom and Friends originally debuted in December 2014 on the series’ YouTube channel; it currently boasts over 11 million views.

“We’re thrilled to partner with YouTube on their new kids-specific initiative,” said Samo Login, Founder and Chief Executive Officer of Outfit7 Limited, in a release. “The new YouTube Kids app is the perfect platform for our brand new series with its cast of characters who were born in the mobile space.”

“Outfit7 is a proven leader of family entertainment in the digital age,” added Malik Ducard, Global Head of Family and Learning Content at YouTube. “Together with fun, humor and friendship – elements that have contributed to the enormous popularity of the Talking Tom and Friends franchise – the new series has top-notch talent, stellar writing and engaging animation making the animated series an obvious fit for our new kids app.”

Google’s YouTube app for children launched on February 23, 2015. The technology allows parents to turn off search functions, toggle sound, and restrict viewing times. The app currently has a 4.6 out of 5 rating out of 171 reviews in the Google Play store.

Talking Tom and Friends will arrive on the YouTube Kids app on April 30. New episodes will be released each week.