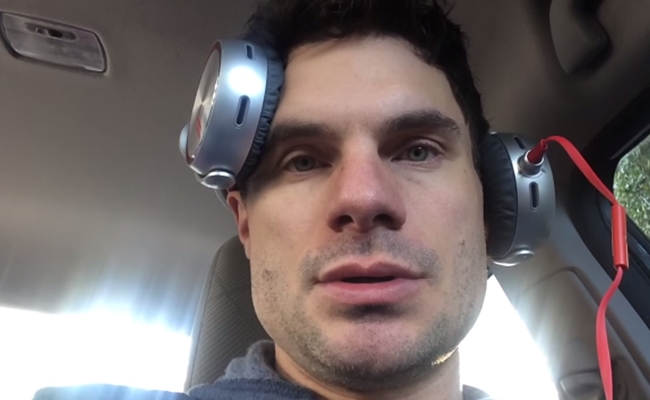 After landing a role in a major motion picture, YouTube’s favorite German DJ is taking a crack at TV. Flula Borg, a musician known for his idiosyncratic personality, will star in Cuckoo, an NBC comedy pilot based of a hit BBC Three series.

The British version of Cuckoo, which debuted in 2012, starred Andy Samberg as an eccentric American hippie whose British girlfriend brings him home to meet her parents. The NBC version will flip the script by casting an American woman opposite Borg, who will portray the unusual husband she met on a summer abroad. Robin French and Kieron Quirke, who wrote the British version of Cuckoo, will also pen the American version, with Simpsons writer Tim Long serving as showrunner.

The role of an eccentric foreigner should come naturally to Borg, who lives in LA after growing up in Erlangen, Germany. In YouTube vlogs, which he broadcasts to his 486,000 subscribers, he often questions unusual English-language turns of phrase, such as “party pooper” and “word to your mother.”

Recently, Borg has begun to translate his YouTube success onto traditional media platforms. Most notably, he has a role in Pitch Perfect 2, where he will play a member of a rival a cappella team. In addition, he is working on his first feature film, a documentary/western hybrid called Flula and the Making of Johnny Fist. That film, originally titled Flundance, was meant to debut at Sundance Film Festival, though Borg revised his plan after “things didn’t turn out the way he thought.”

Cuckoo‘s Samberg-led first season was a hit in the UK, where its debut episode scored the second-highest weekly rating among the nation’s cable programs. A second season, which replaced Samberg with a character portrayed by Taylor Lautner, arrived in 2014. Beyond Borg, the cast of the American adaptation is unknown.

Borg is represented by UTA and managed by Brillstein Entertainment Partners.