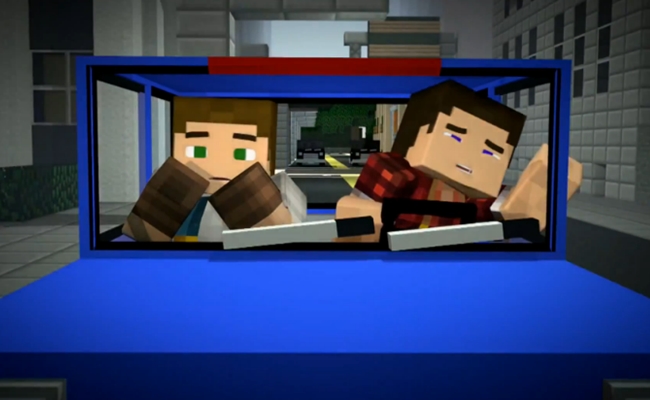 Video game humor is all the rage online, and CC Studios is getting in on the fun. Comedy Central‘s online video wing has released Pixelheads, an animated comedy web series.

The first season of Pixelheads contains four episodes, and the first one is very different from the three that follow it. In the debut, a pair of Minecraft characters fall through a hole and end up in the world of Grand Theft Auto, where they reluctantly engage in all the violence, sex, and vehicular manslaughter the GTA franchise is known for.

This niche–animated humor that makes fun of video game logic–is a well-tread category online, with Dorkly’s videos serving as a notable example. Pixelhead‘s contribution, though, is well-done, and Dillon Gu‘s animation is attractive enough that the episode is worth four minutes of your time.

The next three episodes center on a group of slackers who play video games like Call of Duty and Titanfall while firing droll one-liners at each other. Steve Agee, H Michael Croner and Rich Fulcher contribute voices.

Pixelheads was first announced in 2013, and it is the last program from that slate to debut. CC Studios recently announced several other additions to its web series library, and Pixelheads should stand as a strong offering.