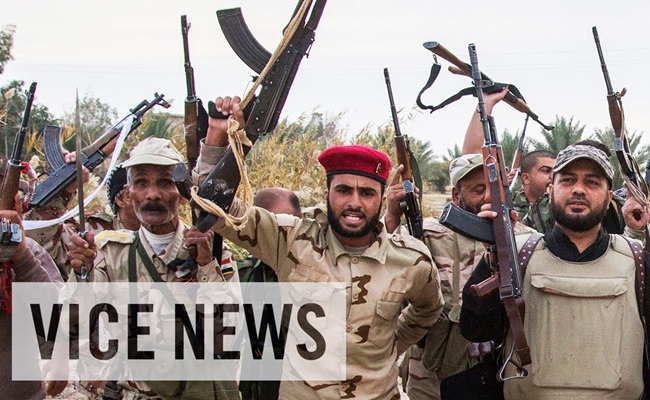 Recently, we’ve seen a trend of digital news series from major media companies, and Vice is joining the fun. The edgy publication has launched On The Line, a weekly hour-long program that streams live on the Vice News channel.

As Variety notes, On The Line does not have a steady hosts. Instead, Vice News correspondents will take turns leading the program and discussing their recent work. The first episode, which streamed on YouTube on February 19th, features reporter Henry Langston, who recently released a short documentary on the Vice News channel concerning the ongoing civil war in Iraq.

On The Line is Vice’s first weekly live series on YouTube. The media company also produces Vice, a weekly program for TV. That program, which debuted in 2013, has completed two seasons on HBO.

Replays of Vice’s new show will also be available on Milk Video, Samsung’s streaming video service. Viewers who access the show from their Samsung devices will gain access to exclusive content that won’t arrive on YouTube until 72 hours after each episode’s initial airing.

Vice News, which has more than 1.2 million subscribers on its YouTube channel, is well positioned to join in on this trend. New episodes on On The Line will arrive each Thursday.