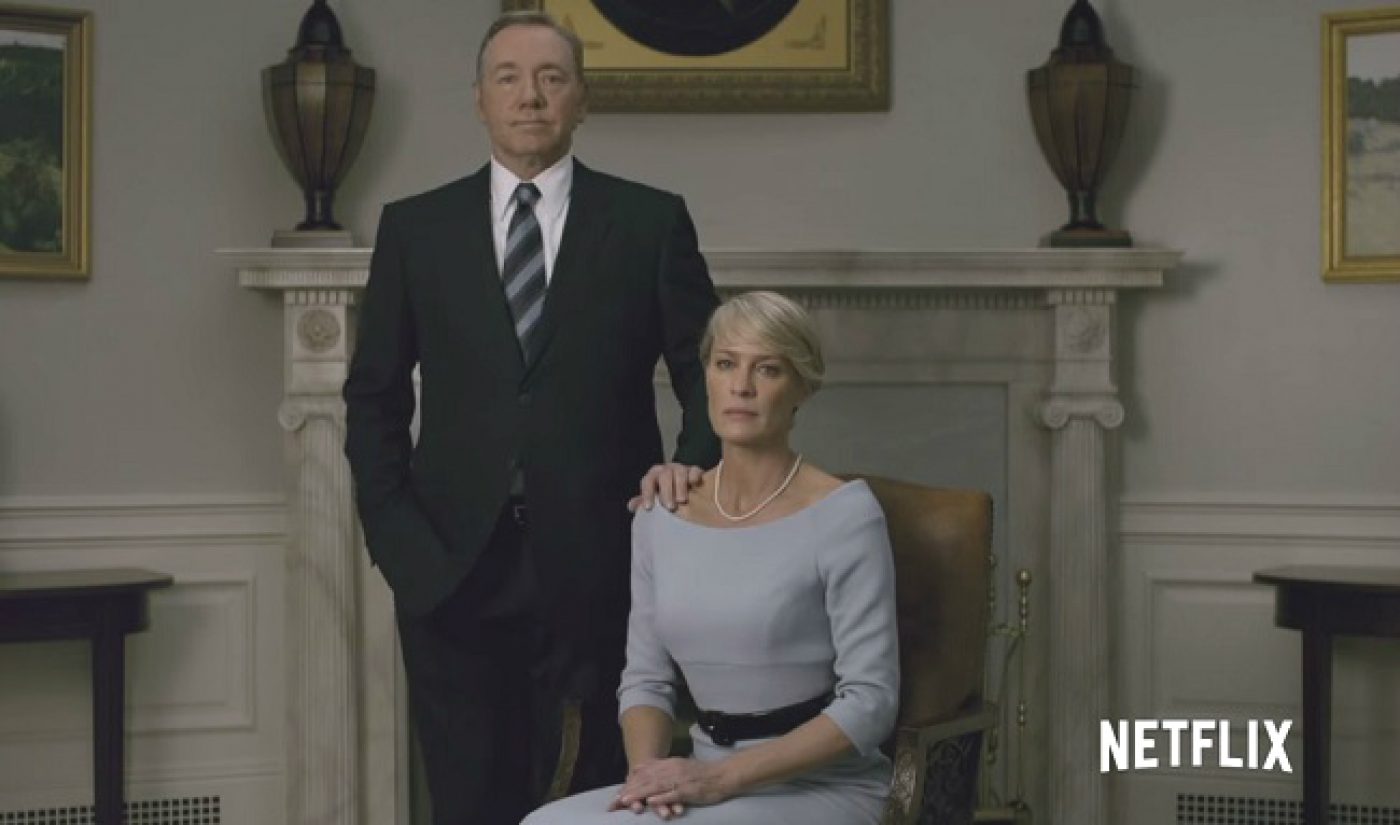 Netflix just showed audiences all is not well in the Frank Underwood household. On February 14, 2015 (Valentine’s Day), the streaming service dropped a House of Cards season three teaser trailer which depicts anything but a happy marriage.

In the 30-second teaser, Frank (played by Golden Globe-winner Kevin Spacey) and his wife Claire (fellow Golden Globe actress Robin Wright) pose for an uncomfortable family photo in the White House. The tension in the room is almost tangible, and gets even worse when Claire flinches as Frank puts his hand on her shoulder. She later tells him (via a voice-over), “I think you’re reading too much into something.”

The House of Cards teaser trailer currently has 150,000 views on YouTube, but boasts a whopping 1+ million on the show’s official Facebook page. The holiday clip showing potential marital discord arrived on the internet on the heels of last week’s House of Cards leak. The first ten episodes of the 3rd season were briefly available on Netflix before being removed (but not before the internet freaked out about it). The streaming video platform attributed the premature release to a technical glitch.

Season three of House of Cards will officially premiere on February 27, 2015.