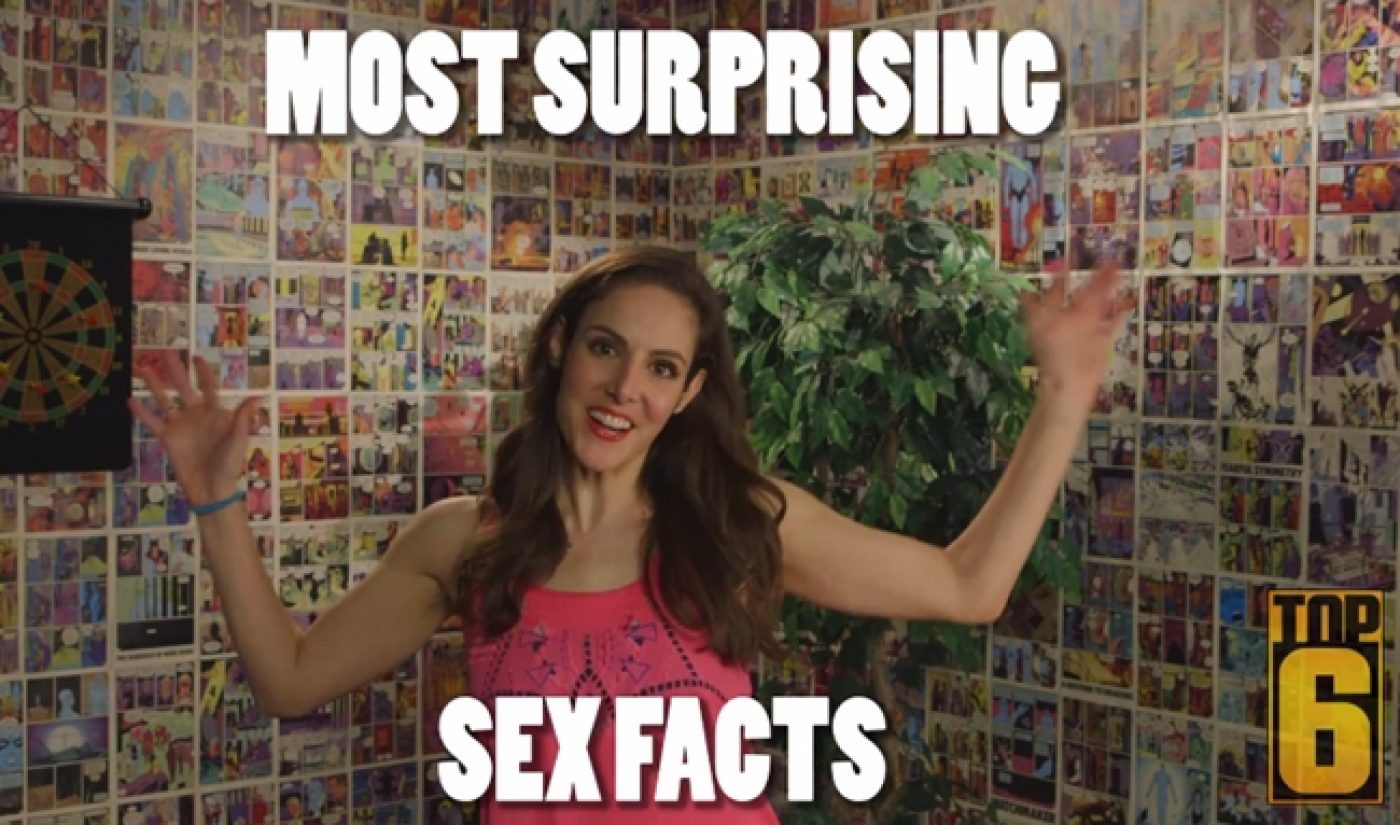 Ray William Johnson recently returned to YouTube to post a short comedy sketch, and he has now continued his flurry of activity by offering up a new web series. The one-time =3 host is the executive producer of Top 6, a list show written and hosted by Kelly Landry.

Johnson describes Top 6 as “a pretty simple format,” and it has a lot in common with other list shows on YouTube. As host, Landry shares six facts based on a particular topic and punctuates her monologue with quick jokes. The fast-paced delivery, frequent jump cuts, and comic strip background will all remind viewers of =3, the clip show Johnson hosted for five years before handing it over to newcomer Robby Motz in July 2014. Landry also serves as a writer for =3, so it’s little surprise that her work on Top 6 resembles Johnson’s best-known series.

The first episode of Top 6 arrived on Johnson’s YouTube channel (which has 10.8 million subscribers) on February 12th. Its topic: “Top 6 Most Interesting Sex Facts.” The video description describes the show as a “work in progress” and asks for feedback from viewers, many of whom have already offered their suggestions.

Aside from a brief appearance during the episode’s outtakes, Johnson doesn’t appear during the debut episode of Top 6, but the one-time YouTube host has plenty of his own projects coming up. Most significantly, he has a major role in Who’s Driving Doug, an indie movie directed by David Conley. That film is slated for a 2016 release.