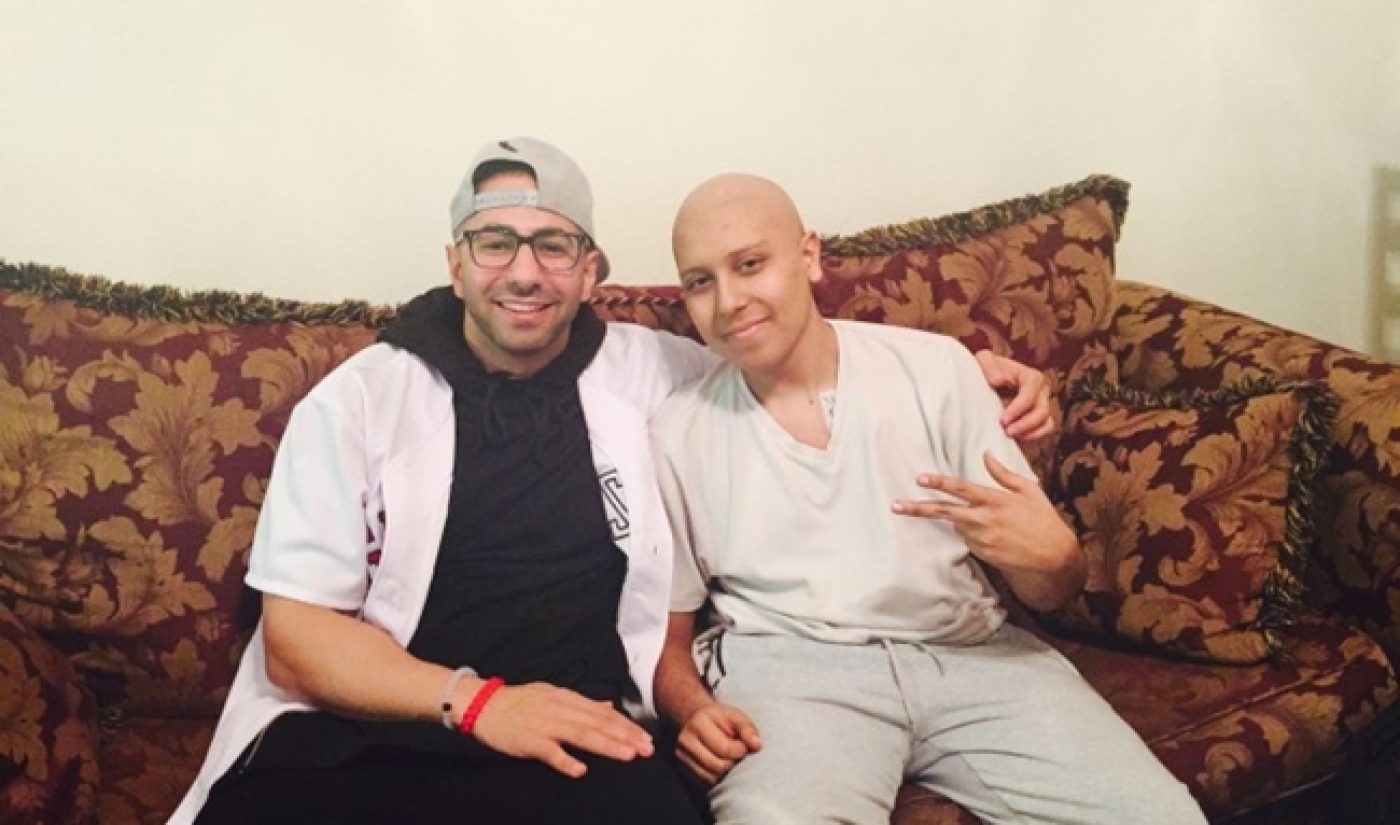 On January 24th, YouTube prankster Yousef Erakat (known online as fouseyTUBE) performed a show in Charlotte, North Carolina. After the show, he met the sister of Mahmoud Badran, a high school senior and fouseyTUBE fan who could not attend the show because of his chemotherapy treatments for a rare bone cancer called Ewing’s sarcoma.

Unsurprisingly, Badran’s story touched Erakat. A few weeks after his show in Charlotte, Erakat launched a campaign that will raise money to support Badran while also turning him into a YouTube star along the way.

Erakat began his public support of Badran with a video discussing his newfound friendship. In the video, viewers get to see footage of Erakat’s surprise visit to Badran’s home, where the two men hung out and played video games.

At the same time, Erakat launched an Indiegogo campaign in support of Badran. The prankster hopes to raise $10,000 for his young friend. $3,000 will provide Badran with the equipment he needs to run a high-quality YouTube channel, and the other $7,000 will go to a college fund supporting the teenager, who has missed his senior year of high school as he battles his ailment. Erakat will also match the campaign with a $10,000 donation to the American Cancer Society.

So far, Erakat’s fans (including his 4.8 million YouTube subscribers) have come through. In four days, they have already raised $8,800 for the Indiegogo campaign, and they have flocked to Badran’s personal YouTube channel, which already has more than 67,000 subscribers. In his first video, Badran thanked the man who has been instrumental in his online success: “It’s thanks to him that I am where I am now,” explains Badran. “This guy has a big heart.”