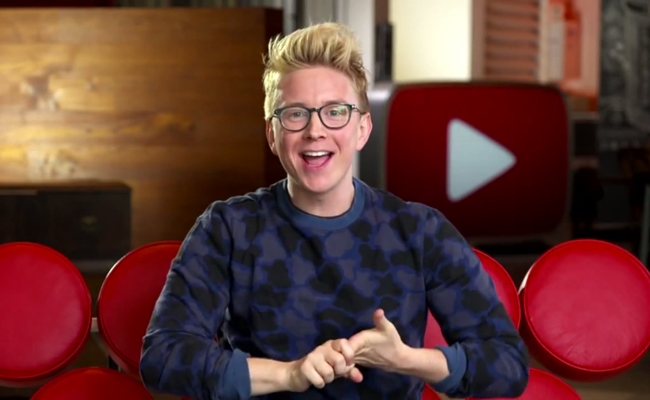 Tyler Oakley is ready to slay the Grammys. CBS has enlisted the vlogger for its red carpet coverage, and he will interview celebrities alongside social media correspondents Pauley Perrette and Shad Moss.

During CBS’ Grammy preshow, which will run between noon and 8 PM EST on February 8th, Oakley will collect interviews from the biggest stars of the music industry. The goal, according to Oakley, is to “get them out of their comfort zones and ask them questions they don’t get asked.” To help accomplish this task, he has turned to his fans and asked them to submit their questions using the #TylerGoesGRAMMYs hashtag on Twitter.

Oakley announced his latest gig in a short video on CBS’ official YouTube channel. In the video, he asks his fans for fashion advice, so that he may avoid the dreaded title of “worst dressed.”

The Grammys’ social media team has often used the influence of online media stars to its advantage. This year, it gave celebrity presenters–including Oakley’s friend and frequent collaborator Troye Sivan–the opportunity to announce nominees in specific categories. And online video stars have hung out on glitzy red carpets before; last year, Vine stars Marcus Johns and Jerome Jarre took their respective shticks to the Academy Awards.

Oakley, who has 6.4 million subscribers on his main YouTube channel, had a big year in 2014. He won multiple Streamy Awards, toured the country, and interviewed First Lady Michelle Obama. From the looks of it, 2015 will also provide the 25-year-old Michigander with a fair number of cool opportunities. We’ll see him on the red carpet.