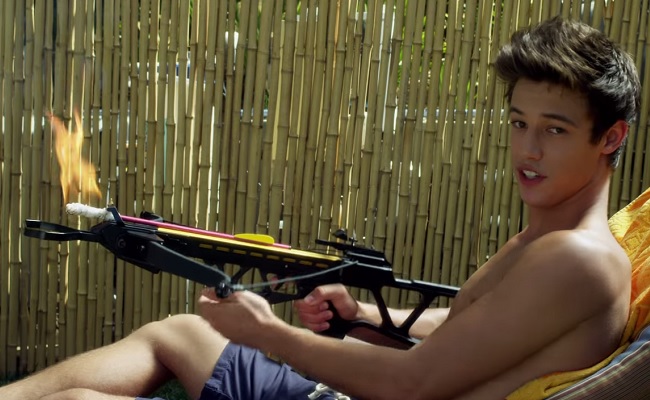 In Expelled, Dallas (who boasts 6.8 million followers on Vine alone) stars as trouble-maker Felix, who gets kicked out of high school after a prank gets out of hand. Felix turns to his brother (fellow Vine star Marcus Johns), best friend (up-and-coming Instagram and Twitter personality Matt Shively), new friend (YouTuber and fellow AwesomenessTV talent Lia Maria Johnson), and classmate (Vine celebrity Andrea Russett) to help convince his parents he’s not only still in school, but also doing a great job in his classes.

Expelled was announced in November 2014 and originally released in theaters in Los Angeles, New York, and Chicago on December. Four days later, the film was available for purchase on iTunes, Google Play, Amazon, Target Ticket, Walmart, and ExpelledMovie.com through VHX’s online distribution platform. And only one day after its digital release, Expelled hit #1 on the iTunes movie charts (even beating out blockbuster hit Guardians of the Galaxy).

You can watch Expelled on Netflix on February 1. Until then, check out its trailer, which is chock full of the teen digital stars who undoubtedly helped skyrocket the flick’s popularity.