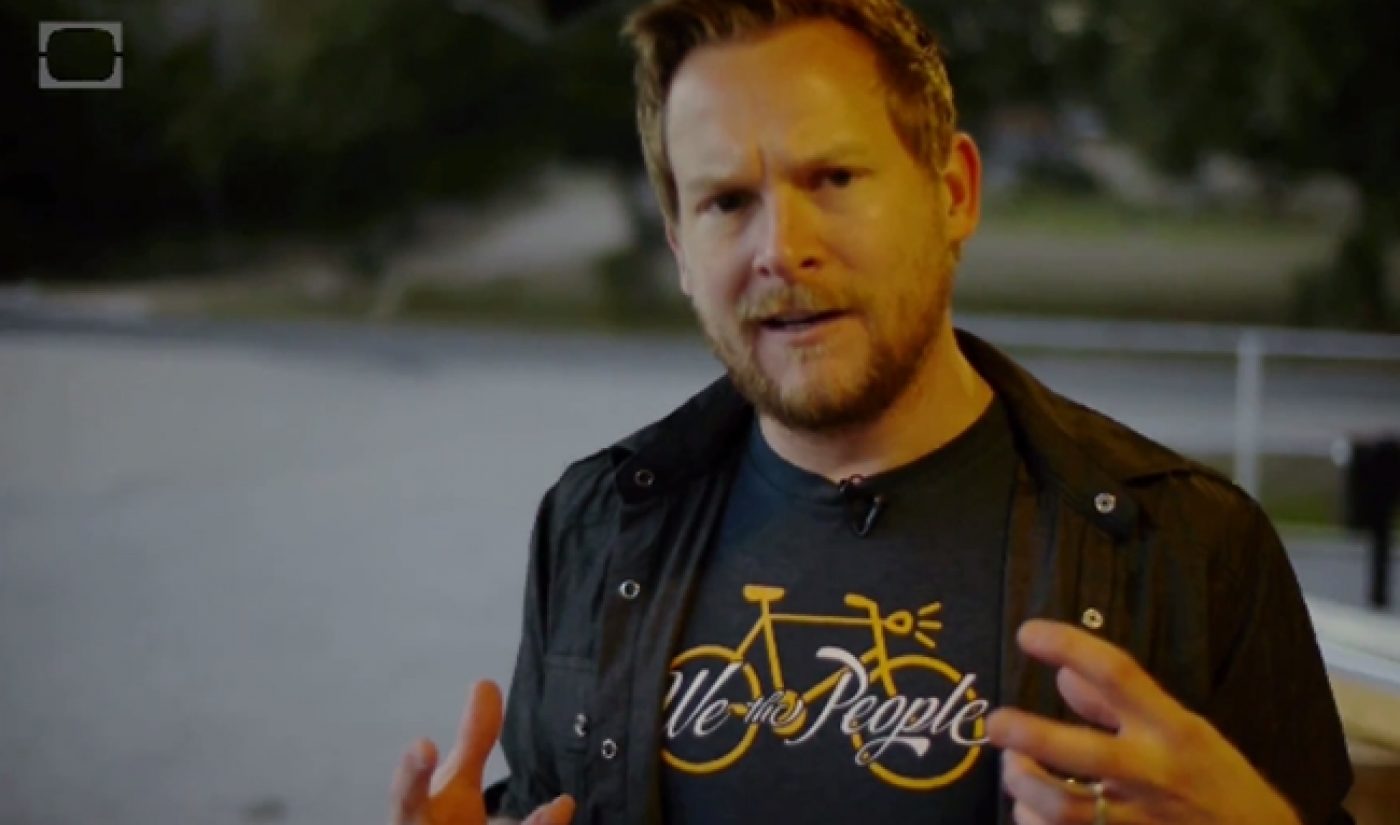 Looking to drink on the cheap? Brian Brushwood has you covered. Five years ago, Brushwood and Revision3 launched Scam School, a channel that offers magic tricks and easy-to-execute bar tricks for its viewers. Now, Scam School lives underneath Discovery Digital Networks‘ TestTube banner and Brushwood has cut his once-spiky hair, but he is still cranking out new bar bets for his fans every week. Scam School has crossed one million subscribers, so we spoke to Brushwood about his personal brush with online video notability.

To everyone not yet a fan, please stop yelling at videos from half a decade ago.

TF: We’ve all heard that line about how a magician should never reveal his secrets. Why, then, did you decide to share your tricks with a wide audience?

BB: The short answer:  Because the world’s greatest magician in 2050 will start by learning tricks from YouTube.

Here’s the (unfortunately very) long answer: Amazon.com has 185,360 books about magic, and that doesn’t get *close* to covering all the books written on the subject.  Ever since the Discoverie of Witchcraft was published in 1584, magicians have raced to get their clever ideas, moves, and routines published.  Magicians even have a saying:  “if you want to keep it a secret, put it in a book.”

Most magicians over 30 got their start learning magic for free at the local library.  Nowadays, YouTube is the world’s library.  YouTube is the single greatest repository of tutorial knowledge in the history of the planet.  It’s where we go to learn how to change a tire, apply makeup, dance, snowboard, give CPR, and (yes), learn a really good magic trick.

Both the IBM (International Brotherhood of Magicians) and SAM (Society of American Magicians) have addressed the distinction between “teaching” and “exposure,” and their conclusion was that the difference was a deliberate, intentional act on the part of the prospect that indicates their desire to become a student of the art.

And I think that’s a pretty great way to handle it.

TF: Do you think YouTube is a better platform for your videos than traditional TV? If so, why?

BB: Oh, absolutely.  Traditional TV has no filter, no way to distinguish between magic fans and those who want to learn the craft.  Unlike YouTube, there’s no ability to rewind, skip around, and when someone gets frustrated, there’s no way to post a comment and get help from the community.  YouTube’s a perfect environment to learn magic.

TF: On a similar note, do you program your videos for a specific audience or do you only worry about creating compelling entertainment?

BB: I’m definitely programming for a specific audience.  I want to be the gateway drug that seduces more people into becoming talented magicians.

Obviously not all our episodes are about magic tricks, but when deciding if a particular magic trick is right for Scam School, there are three questions I ask:

Is the effect beginner-level appropriate?  I want each Scam School trick to be dead-simple; something [viewers] could learn today and perform tonight.

Can the effect be performed without ever setting foot into a magic shop?  Maybe this is just me, but I don’t like beginners thinking that magic is in the props, or that magic is a thing you buy.  Of course we need *something* to do our tricks with, but whenever possible, I want to see everything on Scam School made at home.

Is there any currently-living magician who invented or owns the rights to this effect?  If so, then it only makes it onto Scam School if I get the creator’s explicit permission.

TF: After more than five years, where do you get ideas for new videos?

BB: I read a lot of magic books that are 50-100 years old.  They’ll use archaic objects and outdated scripts, but often will spark an idea for a presentation that uses stuff you’d find at the bar:  coasters, napkins, straws, etc.

The biggest delight has been to see how much stuff comes from talented magic creators who have new ideas to share.  We’ve featured material from magic’s heavy-hitters, like Banachek, Michael Ammar, Diamond Jim Tyler, Dan Martin, Marcus Eddie, Nate Staniforth, Danny Garcia, Rich Ferguson, Robert Strong, Andrew Mayne, Robert Neale, and the legendary Martin Gardner (who I got to meet and discuss Scam School with before his passing).

Many folks won’t recognize these names, but they’re ICONS in the world of magic.

TF: Do you ever get hate mail from people whose friends got them with one of your tricks?

BB: Strangely, no.  All the hate mail appears to be about my old Street-Fighter-II-inspired haircut.

TF: You claim that, by using Scam School’s tricks, viewers will “never have to pay for a drink again.” With that said, how often do you personally use your skills to win free drinks?

BB: Man, when we first started, it was SO important to me to prove that these tricks work.  I’d do magic all the time and score every drink I could.  Every free beer was more validation that the tricks did what they promised.

…I eventually discovered that drinking with a goal never works out well.  Nowadays, I’m happy to be the one buying the drinks.

TF: Judging from your podcast history, you have lots of interests outside of magic. Any plans to bring those interests to their own YouTube channels?

BB: Absolutely.  In fact, if you really want to dive down the rabbit hole, check out the BBPediaVideos archive.  The hardest-core fans have collected 1,755 (!) videos from everything I do that’s not Scam School.  We’re talking about comedy shows, live performances, video game playthroughs, arguments about Sasquatch and the paranormal… it’s utterly awe-inspiring.

It’s like my entire public life since January 1st, 2009 has been archived for me.  When I’m old, I watch these to remember who I was.

As for new YouTube projects, we’re working on something right now that I’m HUGELY excited about.

TF: What’s next for Scam School?

On Deck (channels that will soon reach one million subscribers): David So, Robbaz, Food Wishes