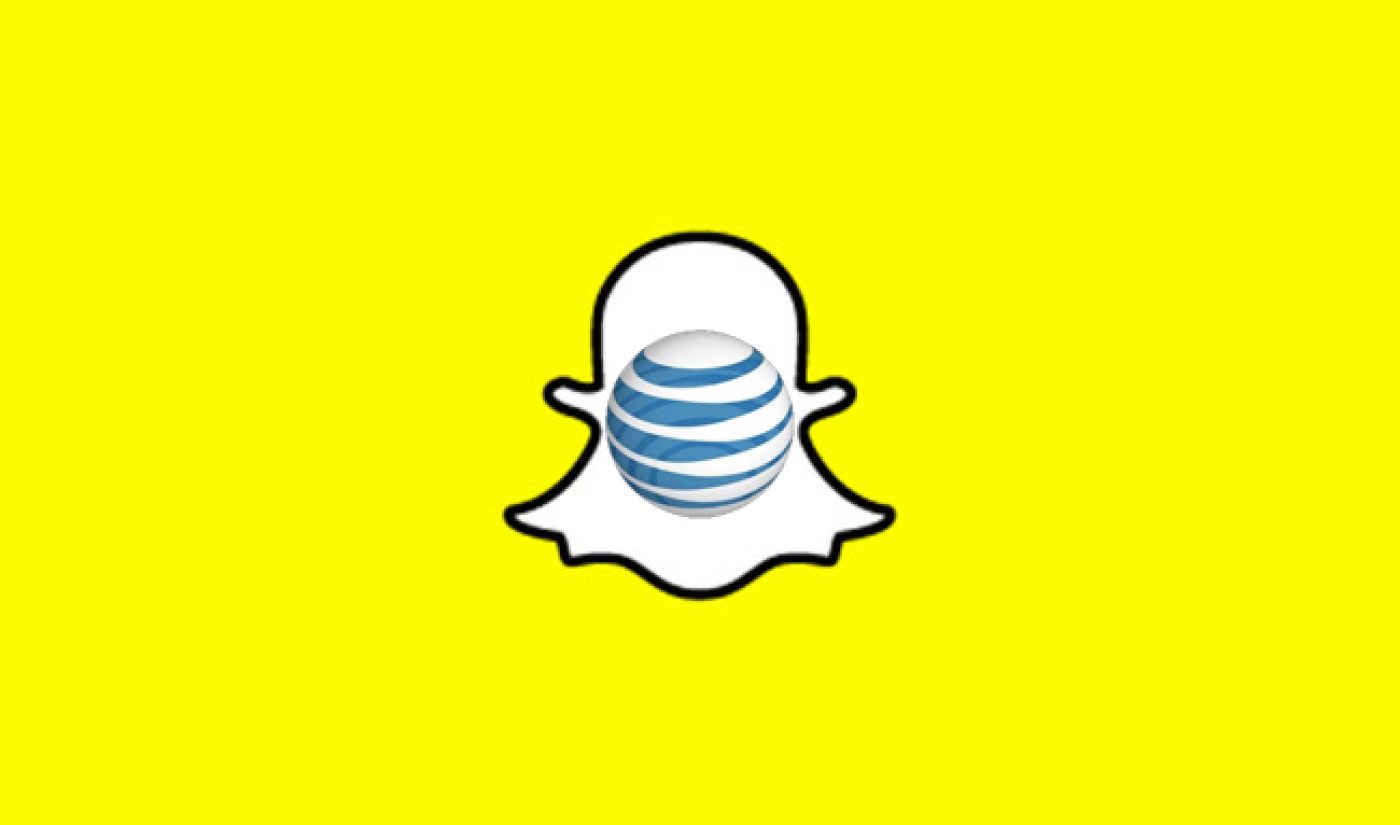 Snapchat just unveiled its Discover platform on January 27, 2015. It’s an outpost on the ephemeral messaging application that was once the butt of jokes about lewd digital pictures and is now worth billions of dollars and the butt of less jokes about lewd digital pictures where select publications and entertainment companies can showcase branded content in a way that’s intuitive and makes sense for the platform’s users who view more than 500 million Snapchat Stories (videos that show a collection of photo messages and disappear after a day) per day.

But Discover isn’t the only method by which a brand can gain traction on Snapchat. And Discover’s launch partners – including CNN, Comedy Central, ESPN, Food Network, Vice, Yahoo, People, National Geographic, Daily Mail, and Warner Music Group – aren’t the only major brands creating content they hope will appeal to the site’s massive teen and millennial demographic.

AT&T announced on January 28, 2015 the launch of SnapperHero, the self-described “first scripted Snapchat series where real-time immediate engagement meets a fun superhero universe.” Conceived by producer Billy Parks and UTA Digital Media Agent Kendall Aliment in collaboration with AT&T, the series will consist of 12 100-to-200-second episodes rolling out over a four-week stretch in the first quarter of 2015, with the vast majority of the content living on Snapchat under the SnapperHero handle. A lot of digital media stars are attached.

Anna Akana (of general YouTube and Riley Rewind fame), Freddie Wong (of YouTube and soon-to-be Hulu fame), Harley Morenstein (of Epic Meal Time and amazing Kevin-Smith-movies cameo fame, who also probably calls himself the “Steven Seagal of Snapchat”), Jasmeet Singh (who’s getting big on YouTube), Shaun McBride (who’s already a Snapchat celebrity), and Simone Shepard (of Vine fame) are all set to star in the series and activate their fan bases to contribute to the action. YouTube special effects experts Corridor Digital is also on board to direct.

“The influencers are going to call out to their audiences on their preferred platforms, whether that’s YouTube, Vine, Twitter, Snapchat or wherever they have a strong foothold and say, ‘We’re starting this superhero show, what should our powers be? What should our costumes look like?’,” explained Parks on the phone. “Then we’ll take all that feedback into the writers room and use that to help build out the story.”

The crew at Corridor Digital will then have the responsibility of using uncharacteristically lo-fi equipment to bring that story from page to smartphone screens. “The look and feel will be very similar to what people are posting on Snapchat already,” said Parks. “It’ll all be shot on phones and feel very POV with the influencers and cast members who are on the show.”

Corridor Digital will also be responsible for producing a digital documentary about the SnapperHero initiative for AT&T, but that won’t be the extent of the brand’s presence in the program.

“Our presence will be multi-layered,” noted ATA&T Engagement Marketing Director, Liz Nixon. “There will be branding across the episodes, all of the influencers in the series will have the latest AT&T devices, and we’re also working with Billy on a couple surprises throughout the course of the show to drive goodwill and engagement between the brand and SnappherHero fans.”

AT&T’s choice to embark on an entertainment endeavor on a burgeoning social media platform wasn’t made on a whim or with a mandate to be hip to what the kids are up to these days. The decision was backed by the brand’s new media experience and solid data.

AT&T and Parks worked together on two seasons of @SummerBreak, a show which employed a 45-person production team to document the lives of a dozen or so conventionally attractive teenagers by way of a bevy of social media sites and earned more than 60 million views, 30 million social engagements, and 1.6 billion impressions. After the show wrapped, Nixon and her team poured over the stats and came away with compelling findings.

“We sat down at the end of @SummerBreak with tons and tons of data to find out what worked and how to leverage that and turn it into new experiences,” Nixon explained. “We saw huge engagement on Snapchat. And when there was a call and response dynamic with an influencer and the fans, there was an incredible amount of participation from the Snapchat audience.”

Those previous participation insights, however, don’t mean AT&T expects to achieve any specific engagement goals or hit any key performance indicators with SnapperHero. “We’re looking at this like an experiment,” Nixon said. “We’ll be tracking engagement data over the course of the show, but it’s hard to say we have a benchmark going into it because this is really a first of its kind.”

“People are really excited about trying to create story on a platform in a unique way,” said Parks. “It’s not very often we get new toys as filmmakers and try storytelling on new platforms, especially with something that has this deep kind of fan engagement. So, everyone is excited to try it out and and build a new relationship with their audiences on a new kind of content.”