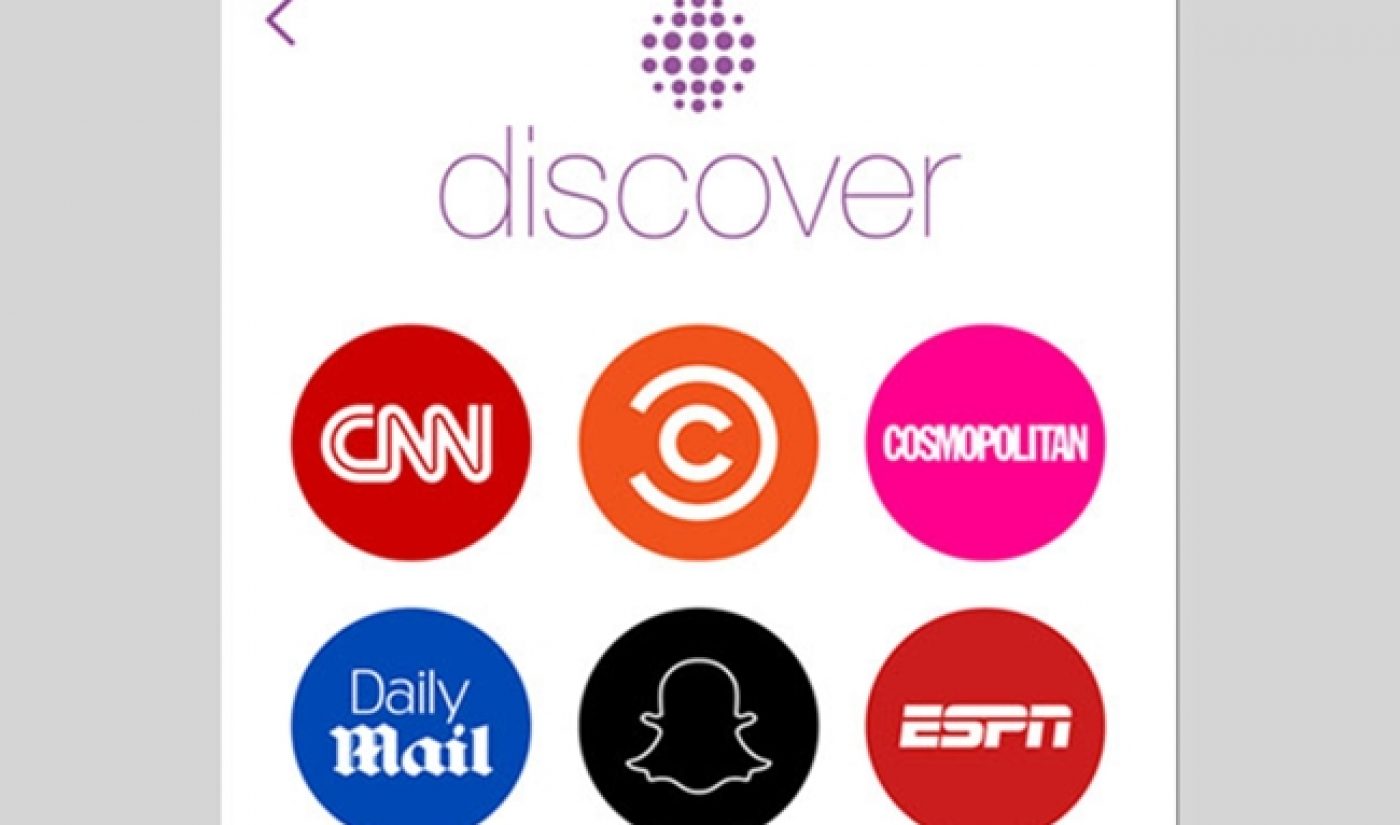 Over the past few years, Snapchat has evolved from a cute, ephemeral messaging app into a social media powerhouse worth several billion dollars. As it has grown in size, Snapchat has increasingly catered to other media brands, and it has now taken another step in that direction by launching Discover, a section of its app catered to editorial content.

Visitors who tap their way over to the Discover section will find content from a number of brands and media companies that have partnered with Snapchat. By following these pages, users can receive regular updates. CNN, for example, plans to release five stories each day on its Discover page. “You’ll be surprised by the amount of context we can include in the snaps,” said Samantha Barry, head of social news for the cable news channel. “They are visually-led with great images and videos, but when you swipe up, you will get great CNN context with more images, text and background.”

Other brands featured on Snapchat Discover include the Daily Mail, ESPN, and Cosmopolitan.

In order to convince brands to use its platform, Snapchat has designed Discover so that its stories stay active for 24 hours, which is a much longer lifespan than typical, user-generated Snaps. Advertising is also enabled on Discover. Brands can monetize their Snaps (CNN announced an exclusive deal with BMW North America), though they must split ad revenue with Snapchat.

The only question left is whether users will seek out editorial content on an app that is often used by teenagers trying to dodge their parents. As Recode explains, though, the same sort of concerns applied to Facebook, which has evolved from a place where you poke your friends to a company that cuts multi-million dollar media deals with major brands. The wide range of brands already employing Discover leads us to believe Snapchat’s newest feature could be a similarly transformative innovation.