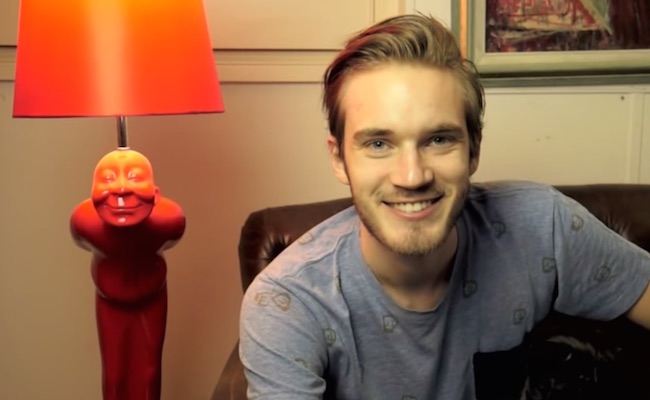 The most-subscribed channel on YouTube of all-time just blew past another milepost. PewDiePie now has over 34 million subscribers.

The channel that’s home to 25-year-old Felix Kjellberg’s frenetic style of Let’s Play gaming videos, the weekly personal vlog, and a few charitable campaigns that have raised a good chunk of cash for great causes hit the 34-million-subscriber-mark on January 24, 2015. That’s just 33 days after the Swede’s channel passed the 33-million-subscriber-mark on December 22, 2014.

So, Kjellberg’s 2015 is off to a great start, but his channel is still nowhere near its peak growth rate from early 2014. That’s when PewDiePie was gaining a new subscriber every 1.2 seconds and adding an additional million subscribers once every two weeks. Still, the young man can rest assured his claim to the Most Subscribed YouTube Channel of All-Time title won’t be taken away anytime soon. Its next closest competitor only recently cracked the 20-million-subscribers mark.