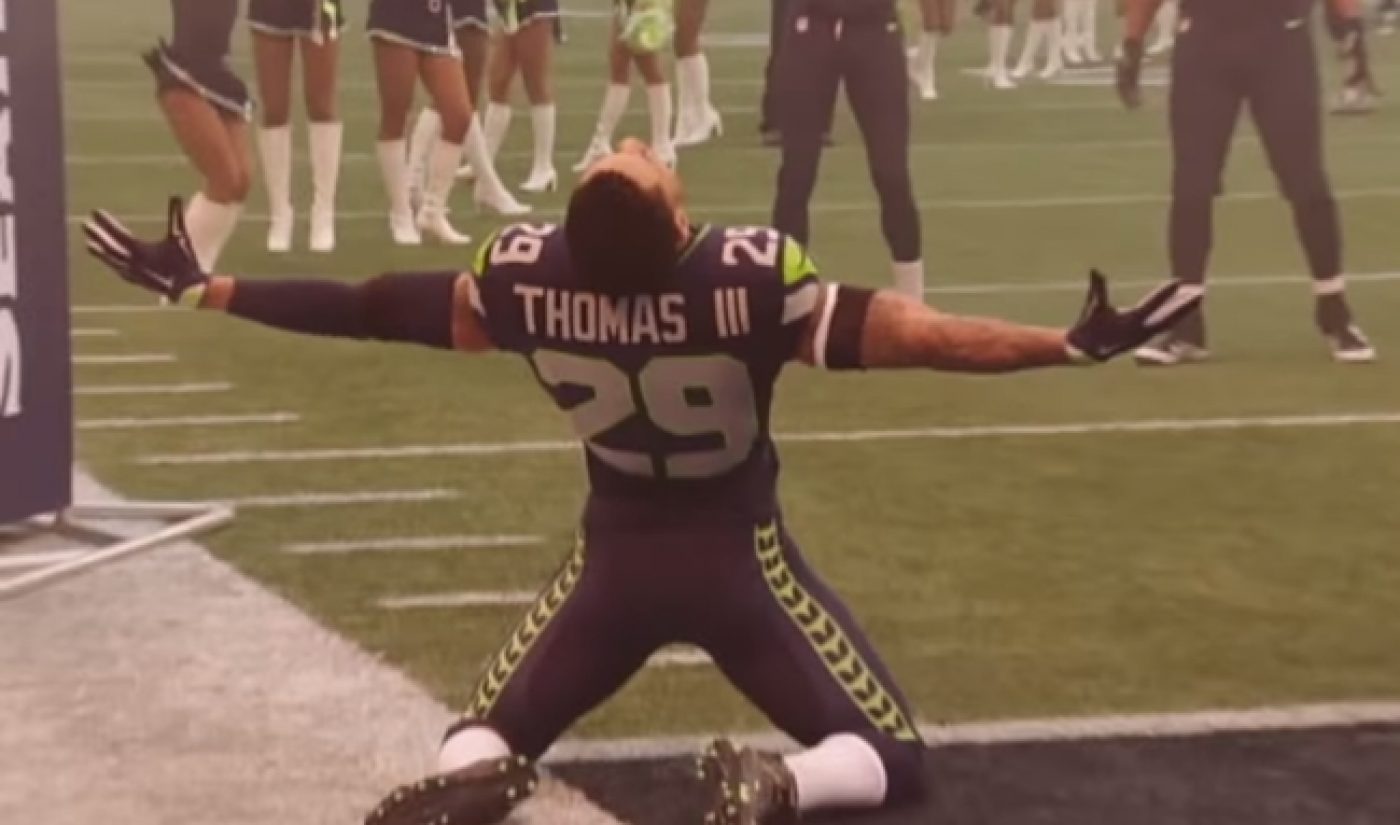 Move over, Bad Lip Reading: Official NFL videos are coming to YouTube. It took several years, but the NFL has finally followed the lead set by the MLB, NBA, NHL, and other American pro sports leagues by launching its own YouTube channel, which will showcase game highlights among its video library.

According to the Wall Street Journal, the channel arrives as part of a “multimillion dollar” agreement between Google and the NFL. The tech giant is paying the NFL an annual fee for the right to host the channel, and it plans to split revenue with the league once it breaks even. The deal also extends to Google, where relevant results and videos will appear in a separate box for users who search for NFL-related terms.

The NFL already posts video highlights on its own website, though that video player has drawn criticism from viewers. Before the start of the current season, the league launched NFL Now, a customizable video platform for its fans, but that initiative is notably short on in-game highlights. Even more recently, the NFL closed a deal with Facebook, but by joining YouTube, it now has access to the platform that can reach the larger number of viewers.

The channel has already launched, and from the looks of it, fans won’t need to worry about the NFL skimping on the highlights. Viewers can already watch previews of the Super Bowl, notable plays from the Pro Bowl, recaps of each playoff game, and a playlist of the most exciting highlights from the current season. Here, for example, is a YouTube version of the game-winning catch from the NFC Championship Game. Packers fans, avert your eyes:

Hans Schroeder, the NFL’s SVP of Media Strategy, Business Development, and Sales, told the Wall Street Journal “this deal has the right level of appreciation on both sides.”  As far as fans are concerned, the NFL YouTube channel is an indispensable addition to their viewing arsenal, and it will surely receive plenty more attention once it posts highlights from this Sunday’s Super Bowl.