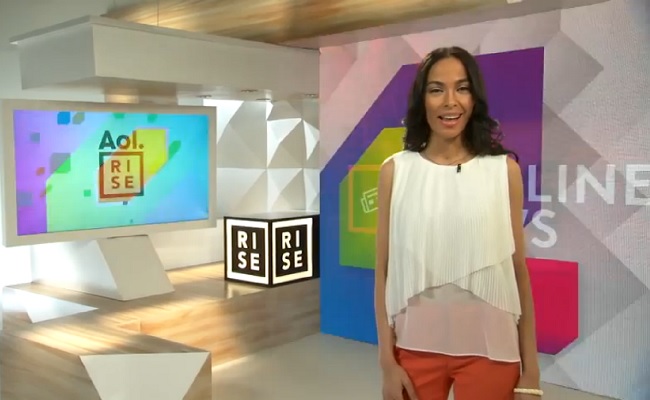 AOL believes keeping up with the news doesn’t have to hog your entire morning routine. To that end, the media company released a morning news segment called RISE, aimed at viewers who can’t afford to devote hours in the AM to staying up to speed with current events, but still want to stay informed.

RISE news segments are only two minutes in length, released every day on the hour from the hours of 6AM to 9AM EST, and are self-deiscribed as “snackable video content to inform, inspire and motivate” viewers as they prepare for the day ahead. The quick news updates are shot live in AOL’s New York City office and hosted by actress and media personality Mari White.

The RISE segments were designed “to align with routines of today’s consumers” based off of AOL’s recent Morning Media Rituals study. This research found 85% of surveyed participants used their smartphones before even getting out of bed. Of this group, 22% check their social media accounts and 12% look for news. In this sense, RISE is intended for a viewer “who is on a time crunch and wants small, digestible pieces of content while multi-tasking.”

This isn’t the first time AOL has tried its hand at morning news shows. Back in 2010, the media giant debuted Daybreak, a morning talk show hosted by Wallstrip‘s Lindsay Campbell. The series was produced by Ben Silverman‘s Electus studio.

You can check out RISE every time the sun comes up on rise.aol.com via your desktop, phone, or tablet.