Indie Spotlight: ‘Business Time’ Is All In A Day’s Work 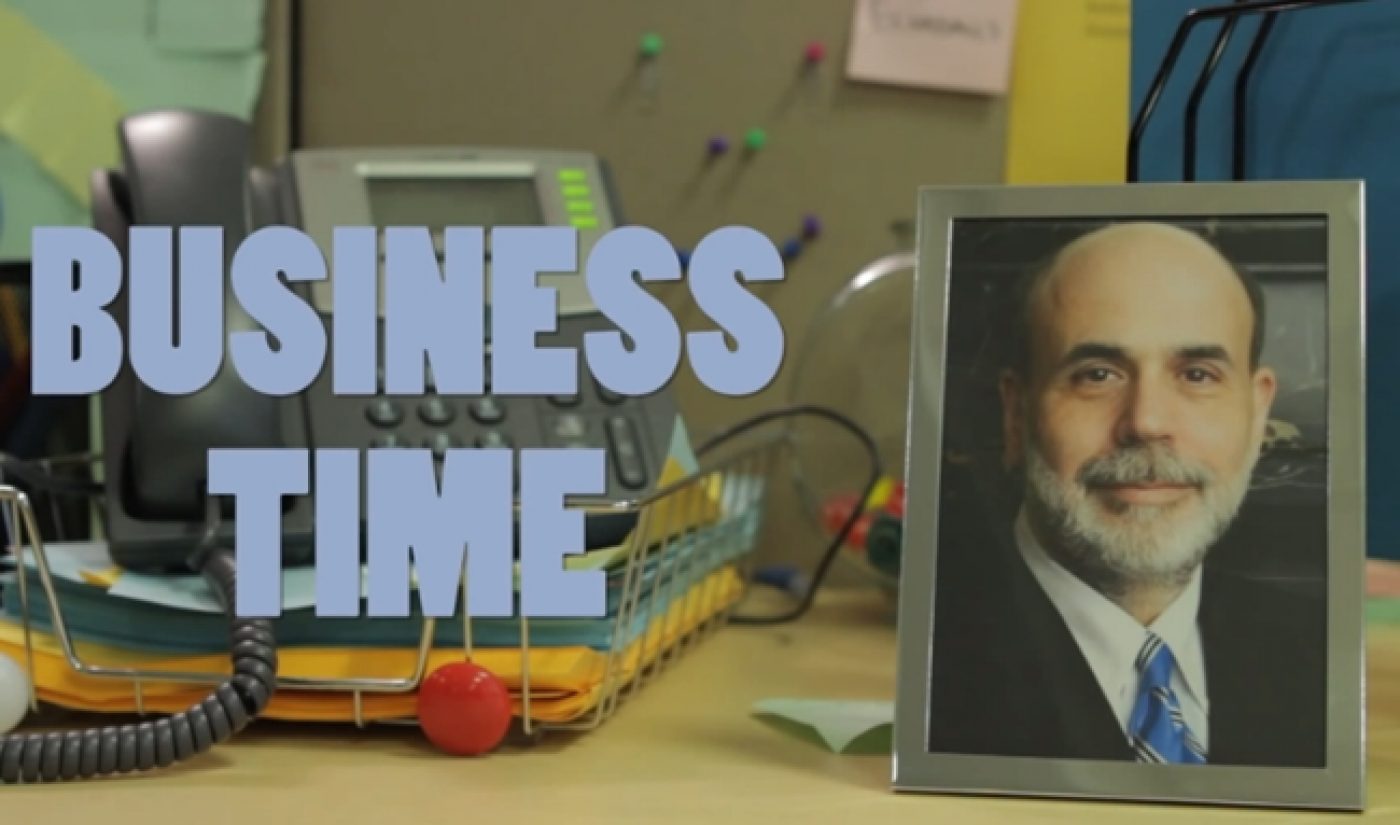 One of our favorite indie web series of 2014 was Business Work, which applied punny comedy to the workplace. The series featured in this week’s Indie Spotlight brings us back into the office, and like Business Work, it thrives on absurd situations. Alex Herrald and Kristopher Knight are the creative forces behind Business Time, a seven-episode series now available in its entirety.

The main characters of Business Time are Gene and Gene, a pair of office workers with abutting cubicles. In each episode, they banter back and forth while spewing vague business jargon at each other. What kind of businessmen are Gene and Gene? One of them has a framed photo of Ben Bernanke on his desk. The other one gets turned out by Excel spreadsheets. They both enjoy comments about the weather. Gene and Gene, you could say, are all business.

Eventually, the episodes manage to get a little weird, as good comedy is wont to do. In a Splitsider interview, Herrald notes Tim and Eric as an influence, and the sort of bizarre humor presented by that duo is certainly on display here.

Business Time doesn’t get too crazy, though; in the end, it appeals to a fairly wide audience. I only home that, if there is a season two, Herrald and Knight find some way to work in a Flight of the Concords reference.