Vimeo On Demand Launches Publisher Network, Sets Up Storefronts Across The Internet 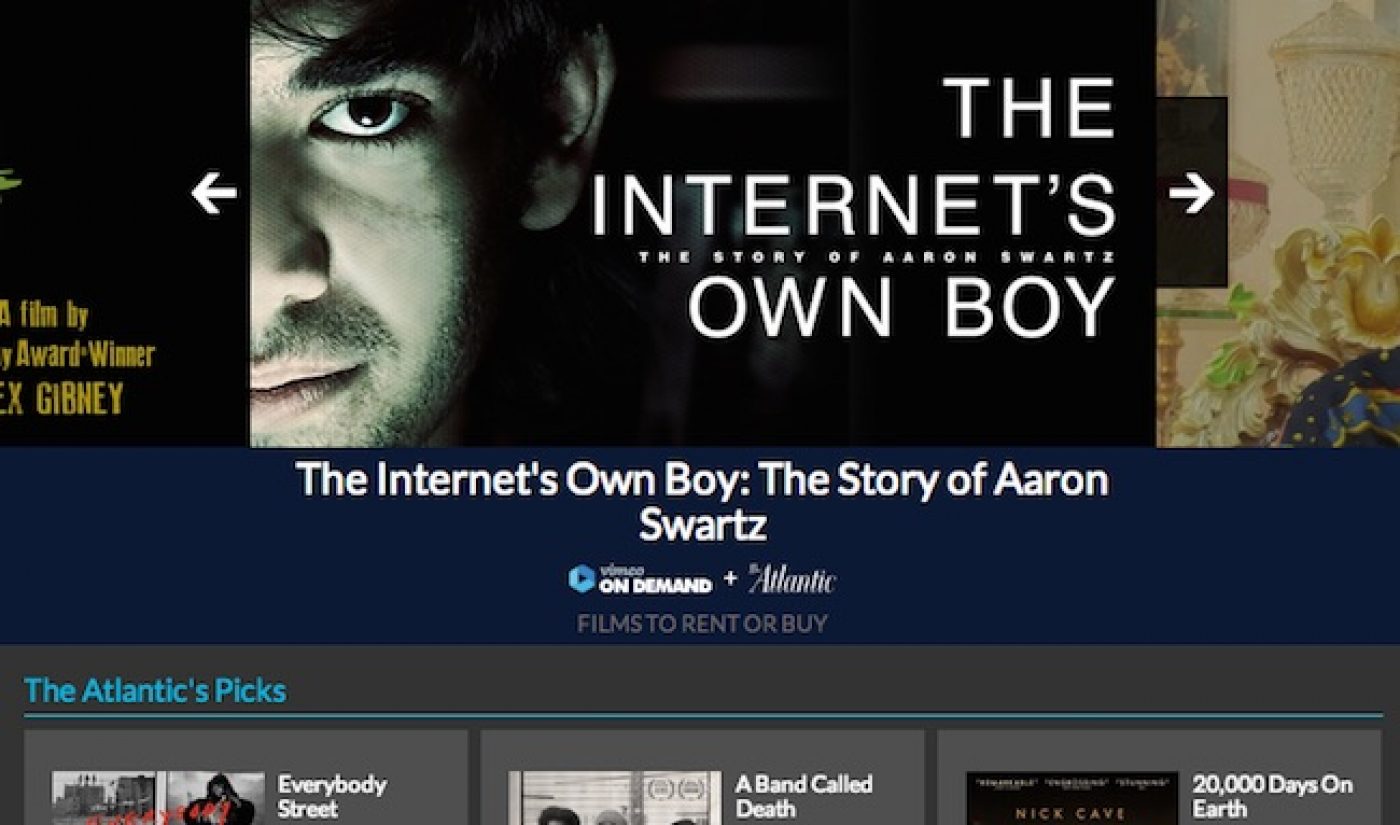 Vimeo is setting up shop all over the internet. The video-sharing website that’s traditionally been a haven for the artistic set, but has seen a steady climb in mainstream traffic in recent months today announced at the Sundance Film Festival the creation of its Video On Demand Publisher Network.

In short, the initiative brings Vimeo nearly-two-years-old and seemingly bustling On Demand service to third party sites, allowing those sites to set up a storefront full of Vimeo On Demand offerings and share in some of the profits from the sales and rentals of the titles. The Atlantic, CBS Interactive Media Group’s TVGuide.com, TV.com, and Metacrtitic, and The Enthusiast Network, are all on board as launch partners and have the ability to “embed and sell videos within articles, or build their own full standalone VOD storefront.”

“By selling VOD content, the Publisher Network provides additional revenue streams – without advertising – not only for partners, but also for our creators exposed to a wider audience via premium publishers,” said Vimeo CEO, Kerry Trainor in the release.

Those Vimeo creators have collectively put up over 50,000 videos onto the Vimeo On Demand platform (with more from independent artists and established new media entities – like Maker Studios – on the way). Publishers within the network can pick and choose which videos they’d like to feature on their own sites or have Vimeo’s savvy staff curate storefronts for them.

“We’ve long admired, and often featured in our Video section, the content and creators that participate in the Vimeo ecosystem,” said The Atlantic Digital’s VP and General Manager, Kimberly Lau in the release. “Integrating Vimeo On Demand onto our site provides us with an opportunity to explore new distribution and monetization models for video—a medium we’re investing in heavily as we build both our content and audience.”

The Atlantic storefront powered by Vimeo On Demand is already up and running and features several titles organized into select genres. TVGuide.com, TV.com, and Metacritic are taking a different approach, embedding VOD content across their film and TV databases so users can run into a title to rent or own while navigating the sites. And The Enthusiast Network is working with Vimeo on storefronts tailored to the publisher’s specific action sports genres, like Motocross, Skateboarding, Snowboarding, and more.

Vimeo On Demand isn’t the first pay-to-view VOD player on the internet to give third parties a cut of the revenue. Yekra has had its affiliate program up and running since 2013 and has seen a decent amount of success, but it’s platform is nowhere near as close to obtaining ubiquity as the one from Vimeo. There are a few major players in the pay-to-play video on demand space looking to be the go-to source for internet-connected individuals to buy DRM-free programming. With its outreach to major publishers, Vimeo just took a step towards taking control of the market.